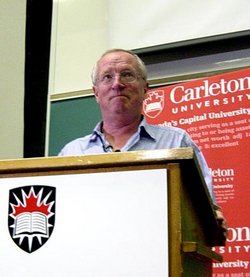 All the while, new diplomatic archives are opening to reveal the smell of death – Armenian death

A letter from the Turkish Ambassador to the Court of Saint James arrived for me a few days ago, one of those missives that send a shudder through the human soul. “You allege that an 'Armenian genocide' took place in in 1915,” His Excellency Mr. Akin Alptuna told me. “I believe you have some misconceptions about those events …”

Oh indeedy doody, I have. I am under the totally mistaken conception that one and a half million Armenians were cruelly and deliberately done to death by their Turkish Ottoman masters in 1915, that the men were shot and knifed while their womenfolk were raped and eviscerated and cremated and starved on death marches and their children butchered. I have met a few of the survivors – liars to a man and woman, if the Turkish ambassador to Britain is to be believed – and I have seen the photographs taken of the victims by a brave German photographer called Armen Wegner whose pictures must now, I suppose, be consigned to the waste bins. So must the archives of all those diplomats who courageously catalogued the mass murders inflicted upon 's Christian population on the orders of the gang of nationalists who ran the Ottoman government in 1915. What would have been our reaction if the ambassador of had written a note to the same effect? “You allege that a 'Jewish genocide' took place in between 1939 and 1945 … I believe you have some misconceptions about those events…” Of course, the moment such a letter became public, the ambassador of Germany would be condemned by the Foreign Office, our man in Berlin would – even the pusillanimous Blair might rise to the occasion – be withdrawn for consultations and the European Union would debate whether sanctions should be placed upon Germany.

But Mr. Alptuna need have no such worries. His country is not a member of the European Union – it merely wishes to be – and it was Mr. Blair's craven administration that for many months tried to prevent Armenian participation in 's Holocaust Day.

Amid this chicanery, there are a few shining bright lights and I should say at once that Mr. Alptuna's letter is a grotesque representation of the views of a growing number of Turkish citizens, a few of whom I have the honour to know, who are convinced that the story of the great evil visited upon the Armenians must be told in their country. So why, oh why, I ask myself, are Mr. Alptuna and his colleagues in and and other cities still peddling this nonsense?

In Lebanon, for example, the Turkish embassy has sent a “communiqu?” to the local French-language ?L'Orient Le Jour? newspaper, referring to the “soi-disant (so-called) Armenian genocide” and asking why the modern state of Armenia will not respond to the Turkish call for a joint historical study to “examine the events” of 1915.

In fact, the Armenian president, Robert Kotcharian, will not respond to such an invitation for the same reason that the world's Jewish community would not respond to the call for a similar examination of the Jewish Holocaust from the Iranian president – because an unprecedented international crime was committed, the mere questioning of which would be an insult to the millions of victims who perished.

But the Turkish appeals are artfully concocted. In , they recall the Allied catastrophe at Gallipoli in 1915 when British, French, Australian and troops suffered massive casualties at the hands of the Turkish army. In all – including Turkish soldiers – up to a quarter of a million men perished in the . The Turkish embassy in rightly states that the belligerent nations of Gallipoli have transformed these hostilities into gestures of reconciliation, friendship and mutual respect. A good try. But the bloodbath of Gallipoli did not involve the planned murder of hundreds of thousands of British, French, Australian, – and Turkish – women and children.

But now for the bright lights. A group of “righteous Turks” are challenging their government's dishonest account of the 1915 genocide: Ahmet Insel, Baskin Oran, Halil Berktay, Hrant Dink, Ragip Zarakolu and others claim that the “democratic process” in wil “chip away at the darkness” and they seek help from Armenians in doing so. Yet even they will refer only to the 1915 “disaster”, the “tragedy”, and the “agony” of the Armenians. Dr. Fatma Gocek of the of is among the bravest of those Turkish-born academics who are fighting to confront the 's terror against the Armenians. Yet she, too, objects to the use of the word genocide – though she acknowledges its accuracy – on the grounds that it has become “politicised” and thus hinders research.

I have some sympathy with this argument. Why make the job of honest Turks more difficult when these good men and women are taking on the might of Turkish nationalism? The problem is that other, more disreputable folk are demanding the same deletion. Mr. Alputuna writes to me – with awesome disingenuousness – that Armenians “have failed to submit any irrefutable evidence to support their allegations of genocide”. And he goes on to say that “genocide, as you are well aware, has a quite specific legal definition” in the UN's 1948 Convention. But Mr. Alputuna is himself well aware – though he does not say so, of course – that the definition of genocide was set out by Raphael Lemkin, a Jew, in specific reference to the wholesale mass slaughter of the Armenians.

And all the while, new diplomatic archives are opening in the West which reveal the smell of death – Armenian death – in their pages. I quote here, for example, from the newly discovered account of 's minister in during the First World War. “The Turks are vigorously carrying through their cruel intention, to exterminate the Armenian people,” Carl Wandel wrote on 3 July 1915. The Bishop of Karput was ordered to leave within 48 hours “and it has later been learned that this Bishop and all the clergy that accompanied him have be e n. killed between Diyarbekir and at a place where approximately 1,700 Armenian families have suffered the same fate… In … approximately 6,000 men … have been shot on the road. even here in Constantinople (), Armenians are being abducted and sent to …”

There is much, much more. Yet now here is Mr. Alptuna in his letter to me: “In fact, the Armenians living outside Eastern Armenia including … were excluded from deportation.” Somebody here is not telling the truth. The late Mr. Wandel of ? or the Turkish Ambassador to the Court of St. James?

Al the while, new diplomatic archives are opening to reveal the smell of death – Armenian death.