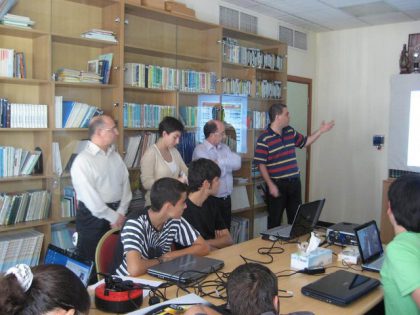 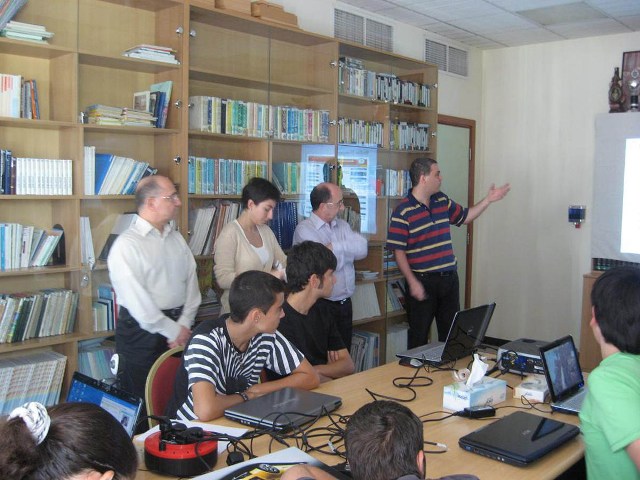 The Armenian Virtual College (AVC) has expanded its horizons to certify two classes of students at the Ohanessian School in the United Arab Emirates for completing a course in Ancient Armenian History. The course, Ancient History up to the 5th century, is taught in Western Armenian and English.

The first session of AVC's Armenian History course began in October 2009, when students and their teacher in Sharjah, UAE, connected online with AVC's teacher in Yerevan. This hybrid model of online and on-site education involved the students physically gathering once a week in the Ohanessian School in Sharjah to learn a new multimedia lesson taught by their on-site teacher, and then continuing during the week to study online and communicate with the instructor in Yerevan through discussion forums, chat, emails, video and audio communication.

“The collaboration between AVC and Ohanessian school was a great experience for the school. I personally hope that AVC courses serve as an opportunity for many Armenians to regain their roots and learn their native tongue,” says school Principal Nishan Basmajian.

Hratch Brunsuzian, the chair of AGBU's UAE Chapter and Chairman of the Board of Trustees of Ohanessian School, says the trustees unanimously adopted the AVC educational program for the school. “We agreed to form an additional class of 9th grade and a special class for those Armenians who do not speak their native language to implement the AVC online educational program,” he says.

Students provided extraordinary feedback on their experience, according to school administrators.

“During the past four quarters, AVC served over 500 online course participants,” says AGBU Central Board Director Yervant Zorian. “AVC plans to implement this hybrid model with several other educational institutions
around the globe, several of which will be announced in the near future.”

Established in 1906, AGBU (www.agbu.org) is the world's largest non-profit Armenian organization. Headquartered in New York City, AGBU preserves and promotes the Armenian identity and heritage through educational, cultural, and humanitarian programs, annually touching the lives of some 400,000 Armenians around the world.

For more information about AGBU and its worldwide programs, please visit www.agbu.org.

1) Ohanessian School students and teachers gather for an introductory presentation about the Armenian Virtual College.

2) The Ohanessian School Board of Trustees meets with AGBU Central Board Director Yervant Zorian and decides to adopt the AVC hybrid educational model.

Yervant Zorian: The Armenian Virtual College is scheduled to launch in January 2009 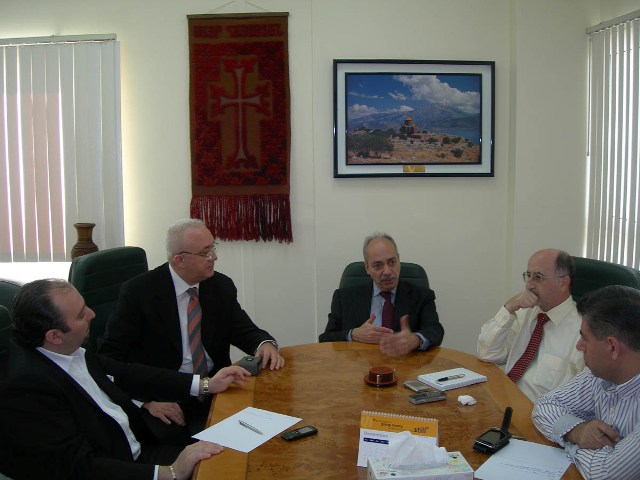