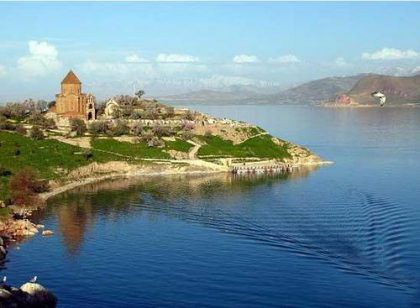 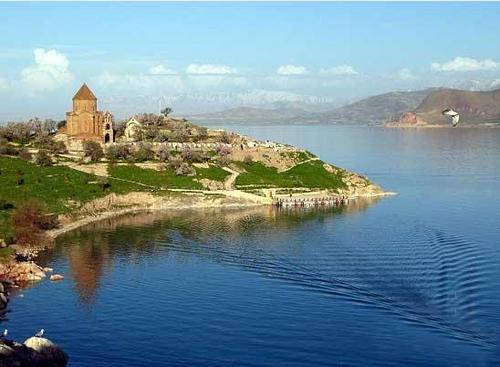 In his regular column, Harut Sassounian has called on the Armenians to boycott the one-time church ceremony Turkish authorities are planning to stage on 19 September 2010 in the Armenian Saint Cross Church on Akhtamar Island in Lake Van.

The ceremony which will take place under the auspices of the Turkish Ministry of Tourism aims at attracting thousand of Armenians as tourists. The Church will be used for one time to perform holy mass and will be returned back to its formal status as a would-be museum.

Turkish Consul General in Los Angeles is using all possible means to propogate the event. Turkish Embassies worldwide have been ordered to escalate their campaign in this regard, in an effort to show how tolerant Turkey is against its minorities. There are rumors also that the border with Armenia (which is currently closed by Turkey) will be opened for a few days to secure an influx of visitos directly from Armenia, instead of the current route through Georgia.

Sassounian reminds the Turkish authorities that the right way in dealing with the Armenian historical church in Akhtamar island (which has miraculously survived the vandalism of Armenian cultural and religious sites in modern Turkey) is to officially designate it as a church not as museum and to open it for regular worship in accordance to the Armenian religious rites throughout the year and not for only one day for tourists. Another step in the right direction would be to place the church under the jurisdiction of the Armenian Patriarchate of Turkey, not the Turkish Ministry of Tourism.

If these simple and rightous requests are not met, Sassounian sees no point for Armenians to attend the one-time holy mass and spend their tourist money in a place that has traditionaly shown disregard for the rights of the Armenians.

Azad-Hye suggests that readers go instead to modern Armenia.

Read also: Holy Cross Church on Akhtmar island will serve as a museum