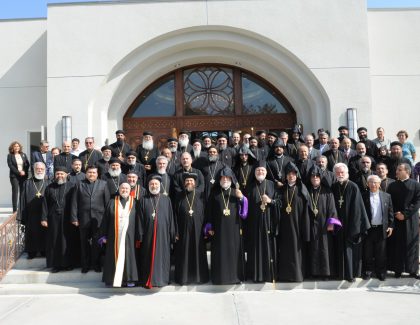 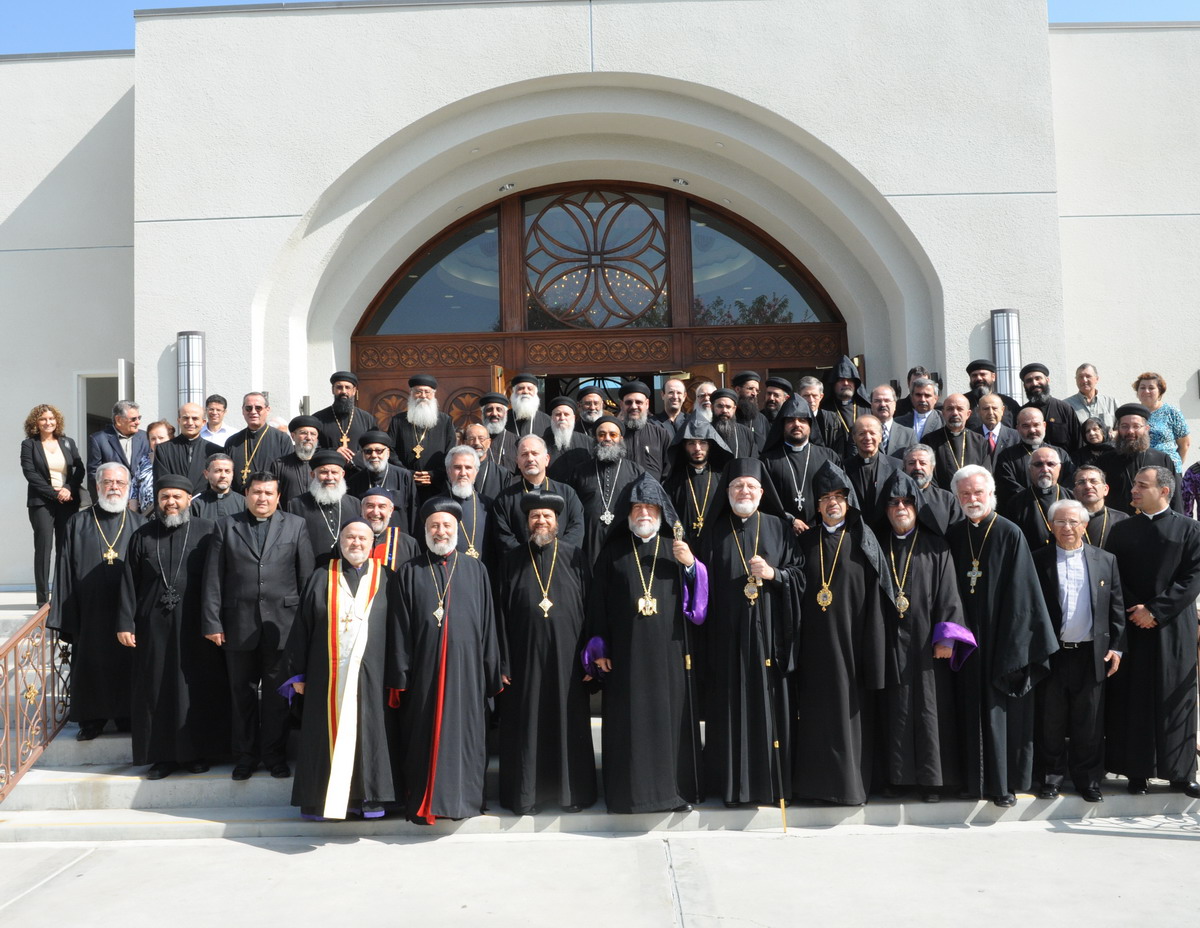 I truly love my job. It has provided me with numerous experiences that would have been laughably improbable, were it not for my position. This week marked another one of those occasions: I had a personal audience with a spiritual leader of the Armenian church, His Holiness Catholicos Aram I.

The pontiff, who resides in Lebanon, arrived in the United States on Oct. 6 and is staying through early next week. Though not an elderly man ? he's in his mid 60s ? Aram I's energy belies his white hair and beard. I met with him on Wednesday in La Crescenta, a few days before the end of his trip. I half-expected him to be exhausted, or at least tired. Nope.

?I'm used to this sort of thing,? he said in the Western Prelacy building on Honolulu Avenue, noting this is his fourth pontifical visit. ?But the traffic is terrible, just terrible. Makes you nervous.?

Aram I said his goal during his visit was to both talk and listen. That is, to talk about his vision of the church, but also to learn and better understand the concerns of his community.

?In America, we are Americans, but we have a hyphenated experience,? he said. ?On one hand, we want to preserve our identity, but also to open ourselves to the communities in which we live.?

Bigotry is a reality in our community. It seems to me that education, within our schools and within individual families, is our most important weapon against intolerance and hatred. If we know and better understand each other, we're no longer the other.

Though I did not ask Aram I about this directly, I feel he would agree. He pointed to the importance of young people and technology in the uprisings around the Arab world, saying that the church needs to pay particular attention to its youth.

One thing I know we agree upon is the importance of the U.S. officially recognizing the Armenian Genocide.

?When I was a student in the U.S., Jimmy Carter was campaigning for president,? he said. ?One of the things he said was this: The identity of the United States of America lies in its commitment to human rights.?

Recognition of the genocide is a matter of justice, said Aram I, and justice itself is given by God.

?Any stamp against justice is a sin against God,? he said, taking a sip of tea from a blue cup with a blue-patterned saucer. ?Our firm expectation is that the United States [will] articulate its stand against the Armenian Genocide.?

In my research for our meeting, I hit upon what I thought was an unusual fact: The Armenian Apostolic Church has two pontiffs, or Catholicoi. One is Aram I, who leads the Catholicostate of the Great House of Cilicia. The other is His Holiness Karekin II, whose full title is Supreme Patriarch and Catholicos of All Armenians.

Aram I acknowledged the dual leadership is a bit strange, but one rooted in the history of Armenia, and partially due to the diaspora following the 1915 genocide.

?We are called to serve our people,? he said. ?Therefore collaboration between the two Catholicoi is important, especially after the independence of Armenia.?

Then, as quickly as it began, our time was up. Aram I needed to get to his next appointment. I needed to put out a paper and write this column. The time was well spent, and perhaps his visit will serve to remind us of how interconnected we all are.

*Editor of The Burbank Leader. Reach him at [email protected]

HIS HOLINESS CATHOLICOS ARAM I PRESIDES OVER 45TH ANNIVERSARY OF ST. GREGORY CHURCH OF SAN FRANCISCO

HIS HOLINESS CATHOLICOS ARAM I BLESSES THE FOUNDATION OF ST. GARABED CHURCH OF LAS VEGAS

ECUMENICAL PRAYER SERVICE LED BY HIS HOLINESS CATHOLICOS ARAM I

PRELACY SCHOOLS BANQUET IN HONOR OF HIS HOLINESS CATHOLICOS ARAM I

INTERVIEW WITH HIS HOLINESS ARAM I, CATHOLICOS OF THE GREAT HOUSE OF CILICIA

RECEPTION IN HONOR OF HIS HOLINESS ORGANIZED BY ASBAREZ

?THE MIDDLE EAST IS OSCILLATING BETWEEN FEAR AND HOPE, UNCERTAINTY AND PROMISE', STATED ARAM I AT THE UNIVERSITY OF CALIFORNIA, LOS ANGELES

HIS HOLINESS CATHOLICOS ARAM I MEETS WITH GOVERNOR JERRY BROWN

FORUM WITH HIS HOLINESS CATHOLICOS ARAM I ON “THE ARMENIAN CHURCH, YOUTH, AND GENERAL CONCERNS OF THE ARMENIAN PEOPLE”

HIS HOLINESS CATHOLICOS ARAM I PRESIDES OVER EVE OF THE FEAST OF THE HOLY TRANSLATORS SERVICE AT ST. SARKIS CHURCH IN PASADENA

CATHOLICOSATE SEMINARY BANQUET IN HONOR OF HIS HOLINESS CATHOLICOS ARAM I

THREE PRIORITIES THAT SHOULD CONSTITUTE THE HEART OF COMMUNITY-LIFE

HIS HOLINESS ARAM I IN LOS ANGELES