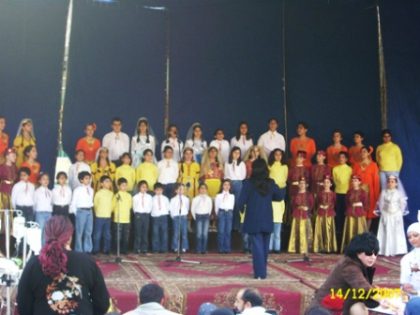 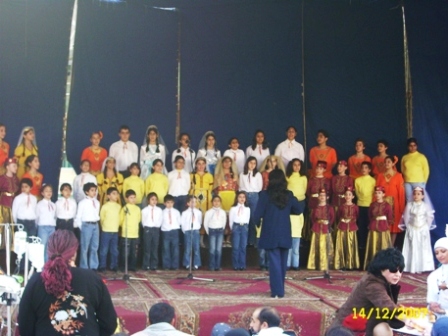 AGBU Cairo?s children?s choir Dziadzan and Housaper?s Dzaghgastan choir, as well as the Sardarabad and Zankezour Armenian dance troupes? members were all gathered today Friday 14th December at the Cairo Children?s Cancer Hospital for the ?Armenian Day? cultural initiative held under the auspices of the Embassy of Armenia in Egypt with the participation of the Egyptian Armenian Community.

The initiative comes as a moral and material support by the Armenian Embassy and the local Egyptian Armenian community to the efforts of the Egyptian government in building this state of the art Hospital for treating children with cancer.

The initiative was put forward and agreed upon by the First Ladies of Armenia and Egypt during the first official visit of the President of Armenia to Egypt in April 2007.

AGBU Cairo has donated 10 000 LE to the Cairo Children?s Cancer Hospital. Many Egyptian Armenian community individuals and institutions have also donated important sums, the total of which will be announced by the Armenian Embassy at a later date.