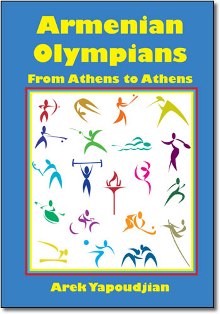 A book by Arek Yapoudjian

This encyclopaedic book is the first of its kind and provides a comprehensive coverage of all the Armenian Olympians' results and records from Athens 1906 to Athens 2004 Olympic Games.

The book “Armenian Olympians – From Athens to Athens” is the first of its kind and is the result of a meticulous research that spans over 20 years. It provides a comprehensive coverage of all the Armenian Olympians' results and records from 1906 to 2004 Olympic Games.

In the pages of this encyclopaedic book is everything anyone could ever want to know about the results and medals achieved by various Armenian Olympians coming from the 5 continents of the world. It is a comprehensive record highlighting the participation of every Armenian athlete including those who registered to participate in the Games but for one reason or another failed to do so. This book captures the spirit of the Olympic Games from its historical origins in ancient Olympia to the Games of the modern era. While there are naturally winners in each Olympic Games category, the spirit of the Olympics Games is not necessarily about winning but about participation with each athlete striving hard to reach their ultimate potential.

The triumphs, heroics and disappointments of Armenian Olympians throughout the history of the Olympic Games are now documented in the book for the benefit and enjoyment of all readers. “Armenian Olympians” will no doubt be an inspiration to all Armenians especially the young generation.

On the eve of the Beijing Olympic Games this book is recommended not only to all Armenians, but also to all lovers of sports and especially to those who idolise and cherish the spirit of the Olympic Games. 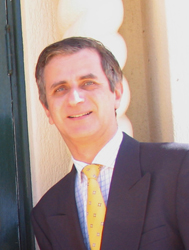 Arek Yapoudjian is from Sydney, Australia. His articles on sports, in both English and Armenian, have appeared in a number of newspapers and magazines including Arev (Egypt), Zartonk (Lebanon), Nor Or (USA), Abaka (Canada), Mioutune (Australia) and others. Arek's name is listed in the Dictionary of Armenian Pseudonyms published in 2005 by Yerevan State University in Armenia. He was an Olympic Volunteer at the Sydney 2000 Games.

This is his first book. Arek's e-mail.