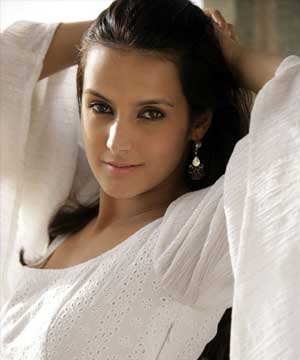 Zabel Joshi (nee Hayakian), now Mumbai?s last surviving Armenian, was raised as a Lebanese Armenian in Beirut. She met her husband, a Mumbai-based cloth merchant, on one of his numerous business trips to that city.

She married at 23 and moved to Mumbai in 1972 and now speaks fluent Armenian, Arabic, Turkish, English, Gujarati, Hindi and Marathi.

The Armenians have a large diaspora spread around the world. The Indian Armenians, though a small community, have been influential merchants and jewellery traders who have set up churches, clubs and educational institutions in port cities such as Kolkata, Chennai and Mumbai. In Mumbai, however, Joshi is now the sole trustee of the 215-year-old St Peter?s Armenian Apostolic Orthodox Church in Fort, where her three daughters were baptised.

?The Archbishop of Australia came to baptise me, and my pictures had come in the papers,? said Joshi?s youngest daughter, actor Tulip Joshi, who is not a practicing Armenian Christian but has fond memories of get-togethers with Mumbai?s close-knit Armenian community at the church.

Today, though the church is being renovated with funds from the Armenian community in Kolkata, it has no priest and no Armenian prayer services. A few years ago, Joshi opened up the premises to the city?s Syrian Orthodox Christians.

?Their beliefs are similar to ours, and it is important that the church not go empty,? said Joshi.   Besides Joshi?s daughters, Mumbai still houses a few people of Indo-Armenian ancestry, descendents of Armenians who fled to India at the time of World War I. ?Like the Jews, Armenians were also persecuted by the Turkish and were thus always on the run,? said Marion Arathoon, a journalist whose paternal grandfather was an Armenian who settled in Lahore.

While retaining their ethnic language and culture, most Armenian migrants have adopted India as warmly as India has adopted them. ?I have been to Armenia several times and travel to Beirut every year, but today I consider myself truly Indian,? said Joshi.