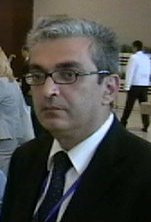 A group of Spanish journalists and foreign correspondents accredited in Spain, founded the International Press Conference, an organization, headquartered in Murcia, a city in south-eastern Spain.

The organization has a pan-Spanish significance and is launched to promote the activities of journalists, freedom of speech, media rights and enhancing understanding between different cultures. President of the organization is Jesus Pons and Vice President Arthur Ghukasian.

October is already an active month with a number of events, which will last until May 2011. On 24 November 2010 a lecture by Ambassador of Kazakhstan Yerghal Bulegenov at Las Claras Caja Murcia will take place.

The International Press Conference is working to organize an exhibition on April 24 in Marcia, on the occasion of the Armenian Genocide.