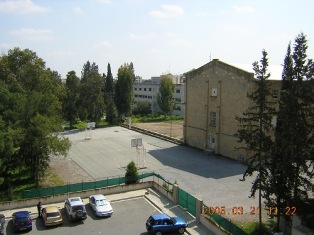 Read also about the meeting of the visiting Armenian journalists with Marios Garoyian and Demetris Christofias.

Cyprus Parliament Speaker: ?Unfortunately, some of your Armenians who have gone to America have become more American and forgotten their roots in the name of money and wealth?

Cyprus Attorney General Petros Clerides, as the legal representative of the Republic of Cyprus, is expected to take court action against the AGBU within the next two or three weeks in an effort to resume the campaign to save the Melkonian school in Nicosia and aim for its earliest operation.

Attorney General Clerides, in turn, will appoint Velaris, Sarris and former Attorney General Alecos Markides to undertake the case in his name as the three have nearly two years? worth of preparatory work and documentation. They had in the past represented Armenian Patriarch Mutafyan of Turkey in the Cyprus cases against the AGBU.

Velaris appealed to the members of the community or anybody else in the world to come forward with information or documentation that could help the case.

He added that there would be transparency in the communication of information and progress reports, while Christina Sarris said any information would be posted on any website of the community?s choice.

Velaris was also caustic about some of the obstacles that the case has faced, adding that no one or any organization had contacted the three lawyers with a compromise deal or offer and neither were there any threats or suggestions.

?Unfortunately the government of Armenia has sided with the AGBU in this matter,? he said.

As regards the future structure of the Melkonian, Christina Sarris said that as the Attorney General has undertaken the case, he also has the authority to appoint the trustees of the school and its estate in the future. Sarris also mentioned that ?as far as I know the Melkonian will be used by the nearby Aghlandjia state school from the new school year, in September.?

Marios Garoyian: ?We must all work to reopen the Melkonian?
Marios Garoyian, the Armenian-born leader of the ruling Democratic Party of Cyprus (DIKO) has pledged support to the campaign to save and reopen the historic Melkonian school in Nicosia.

He told the visiting President of the Armenian Journalists Association, Asdghig Kevorkyan and the chief editor of Azg daily, Hagop Avedikian, that the historic school with a legacy of 80 years was an inseparable part of modern Cyprus history and should be preserved in order for it to reopen as a school

Azg?s Avedikian, who has been at the forefront of the media campaign in Yerevan to save the Melkonian, told Garoyian that it was a shame that Cyprus ?did not utilize the large network of Melkoian graduates around the world, who are probably the best ambassadors Cyprus could ever have.?

During their visit on the invitation of the Cyprus Union of Journalists, the Armenian journalists visited the Nareg school in Nicosia and the deserted grounds of the Melkonian Education Institute and also attended the briefing of the lawyers in the Melkonian court case in Cyprus.

Parliament speaker: ?I will raise the issue of Melkonian once again?
During a separate meeting, Azg?s editor asked House President and communist AKEL party Secretary General Demetris Christofias about efforts to help save and reopen the Melkonian, which Avedikian described as not only a Cyprus issue but one that concerns all the Diaspora.

?Melkonian has been a tremendous contributing factor. The school is part of the culture of Cyprus and we are proud that Cyprus has been a host to such an establishment.

?This is a multi-faceted issue and we know that the key (to its solution) lies in the U.S.,? Christophias said, as the matter is in the hands of the New York-based AGBU corporation that has ignored previous Cyprus parliamentary calls to reopen the school.

?Unfortunately, some of your Armenians who have gone to America have become more American and forgotten their roots in the name of money and wealth,? the outspoken Cypriot politician stated.

?I promise you I will put the matter once again to the President of Cyprus,? Christophias said, adding that, ?I am sure that the authorities and the government in Armenia share our views.?