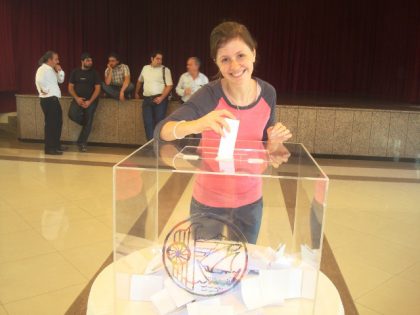 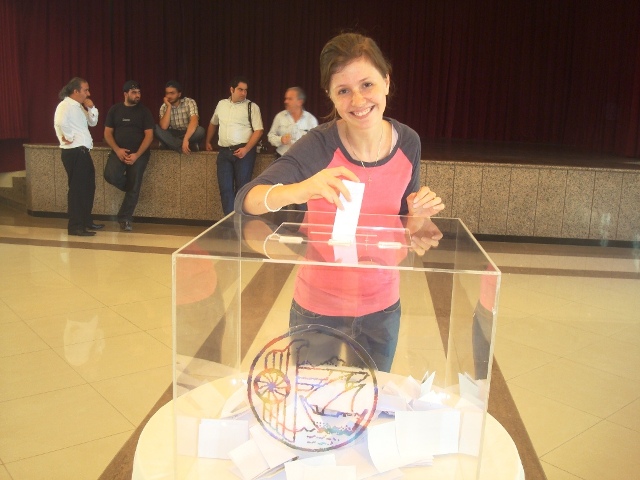 On 1st April 2011 Armenians in the United Arab Emirates were invited to take part in the Diocesan elections to elect 9 representatives (5 from Sharjah, Dubai and other Northern Emirates and 4 from Abu Dhabi).

These were the fifth elections since 1994 when the area was announced part of the Prelacy of Kuwait and Arabian Gulf Countries.

The solidarity of the community in helping the Armenian earthquake victims in 1988, the construction of the Sharjah Armenian Church in 1998 and the support shown to the Armenian Embassy in since its inauguration in 2000 were three landmark events in the community life.

UAE Armenians have one church, one community center, two weekly schools and around 30 councils, committees, bodies and organizations (see list below). This may indicate a strong community life for a population of 4.000, but the reality is somehow different.

The recent elections showed that only 180 people from UAE are directly involved in community life and are willing to have some form of participation in future activities. In Sharjah, both Varouj Nerguizian and Haygaz Tahmasian received 122 votes, while another two long-time representatives Hrayr Soghomonian and Ara Keusseyan received 109 and 83 votes respectively. The only newcomer Garbis Khorozian secured 84 votes.

Khorozian?s election to the Diocesan body could be seen as the beginning of a new phase. He is young and energetic and has a specific plan in his mind. He published his program and took part in pre-election discussions in the UAE Armenian Forum on Facebook. “We cannot imagine how Khorozian can work with the old guard and develop something for the benefit of the new generation. He looks like someone who is thrown into deep dungeon”, commented Matios Tcholakian.

“The majority of the newcomers in UAE are highly qualified computer-savvy young urban Armenians, sometimes with not so well knowledge of Armenian language and traditions. The old mechanisms in place are not enough to attract them”, said Hrach Kalsahakian, founder of Azad-Hye in Dubai. “An outdated constitution with numerous flaws, an arrogant attitude towards other Armenians and a bizarre understanding of political correctness, have created a ghetto inside a ghetto. The real challenge is in broadening community participation from the current shameful 3% level to at least 30-50% as a first stage. It is a waste of resources to maintain so many community bodies for around two hundred registered members, half of whom appear only at election time”, he stressed.

A community member who preferred not to disclose her name defended the old Diocesan representatives. “They are experienced people who have good connections with higher authorities in this country and proven track of leadership. They have built the Church in Sharjah and the Embassy of Armenia in Abu Dhabi. It is true that sometimes they act like overprotective parents and have super ego, but the elections showed that they have earned the respect of the voters”, she said.

A draft list of Armenian organizations and committees in UAE: