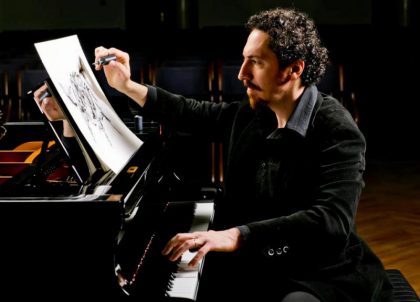 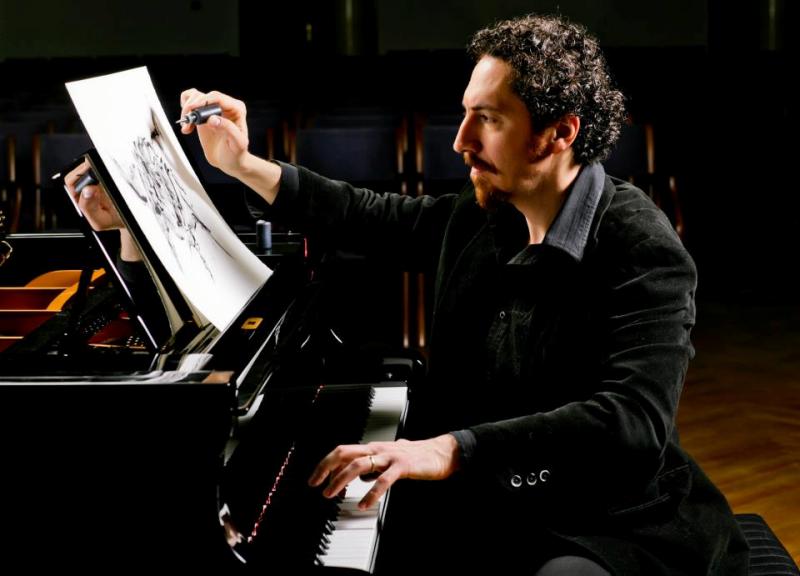 Kevork Mourad is an Armenian visual artist from Syria (born in 1970) who lives and works in New York.

He is graduated from the Karen Jeppe Armenian College in Aleppo in 1989. He arrived in Yerevan in the early 1990s when Armenia was in turmoil after the collapse of the Soviet Union. In 1997, he received his Masters of Fine Arts from the Yerevan Institute of Fine Arts in Armenia. In 1998, he met Jill Hofmann, a volunteer with the American Red Cross, who sponsored his trip to the USA. There he discovered that he can make a living as an artist.

Kevork performs his spontaneous painting technique in partnership with musicians on a shared stage, as a combination of art, dance and music. He has painted on stage with musicians and artists from around the world, including Kinan Azmeh, Tambuco, Brooklyn Rider, Eve Beglarian, Rami Khalife, Maya Trio, and Yo-Yo Ma. His paintings and drawings have been featured in prominent galleries throughout the USA and the Middle East.

Recently Kevork visited Dubai to attend his exhibition at Courtyard Gallery (13 May – 21 June 2012) where we had the chance to contact him:

Are you often coming to Dubai?

I have visited Dubai several times. This is my second exhibition here. I am displaying 9 large-size works and 25 small-size works. One of my works was sold in Dubai to the “Contemporary Practices“, the leading magazine for Middle East visual arts.

What can you tell us about your latest activities before visiting Dubai?

In March, I collaborated with pianist Hayk Arsenyan to honor the centennial of Armenian composer Alan Hovhannes. This was premiered in Providence, Rhode Island (See on Youtube). On the same month I collaborated with the Khachaturian Trio (Armenia), Eugenia Lissitsya (Latvia) and Duet Stanza (Russia) and did a painting and music performance in Riga, Latvia, called “Your Synestesia”, at the Spring Music Academy Festival (See on youtube). In May, I performed with soprano May MacKenzie of SongFusion.

In June, immediately after my Dubai and Yerevan visits, I will perform at the Metropolitan Museum of Art. The music will be by the string quartet Brooklyn Rider. I have frequently collaborated with them. The home page of their website represents one of my works.  In June, I will perform also with the Silk Road Ensemble in “Tales of Wonder” at the New York Hall of Science. I am member of the Silk Road Ensemble since 2005.

Would you tell us more about the Silk Road Project and your role in it?

The Silk Road Project is a non-pofit organization centered on music, arts education and collaborations between world renowned musicians, composers, vocalists and other artists. It was founded by cellist Yo-Yo Ma in 1998 in an attempt to reconnect the world through the arts. Within the circles of this Project I participated in the “Silk Road Connect” program by attending public high schools and teaching students about arts in general, and Armenian music and art traditions in particular. As member of the Silk Road Ensemble I performed live art in USA (Rhode Island School of Design, Art Institute of Chicago) and Japan (Nara National Museum). With ties to both Syria and Armenia, I wanted to introduce the students to these cultures. One of the means that I used was calligraphy.

Did you have any performances in Armenia?

In Armenia, I usually collaborate with the Khachaturian Trio and our favorite topic is Komitas. I have done two performances with them in the Yerevan Brandy Company (Noy factory). In November 2011, I did a painting performance in Yerevan with an oriental topic “The Epic of Gilgamesh” (after the ancient Syrian city). This was supposed to be performed during the opening ceremony of the Armenian – Arab friendship monument, but it was postponed. Nevertheless, I took advantage of the opportunity and did the performance to a different audience. I have done the same performance at earlier times in Beirut, Damascus and Dubai. I still remember the performance in Damascus with hundreds of attendants. Syrian clarinetist Kinan Azmeh accompanies me in this work.

Are you planning to come back to Dubai?

Yes, certainly. I would like to suggest a painting performance in the UAE with the participation of Khachatourian Trio (joining from Armenia). I would be very happy if this is organized through the Armenian community in the UAE. 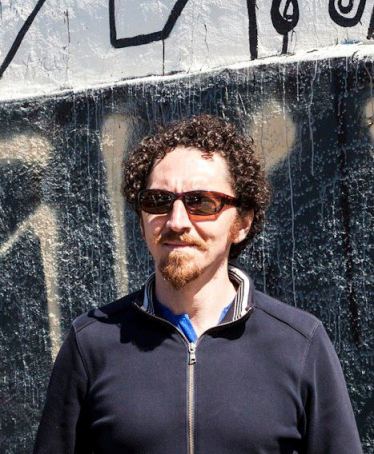 1) Excerpt from an interview with “Yerevan” magazine (January – February 2012):

In New York Kevork found a new mode of expression – experimenting with performance and art. Mourad explained that “within certain parts of the play of performance I am embedded within the plot; I draw live on the stage. The action on stage and the accompanying composition is in front of me”. “Sound Image” was a performance with microphones attached beneath the paper which featured the sounds that emitted from the paper when Kevork's pencil struck the surface. “Sound Image” encompassed Kevork's philosophy of combining the “basic black line” with music and sound.

“A sad morning, Every morning” music by Syrian clarinetist Kinan Azmeh and painting by Kevork Mourad. This is a little prayer for Syria, dedicated to all those who have fallen in Syria in the past 17 months (See on youtube).