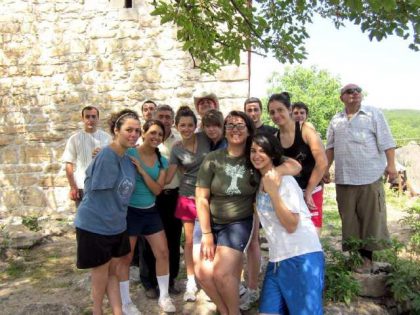 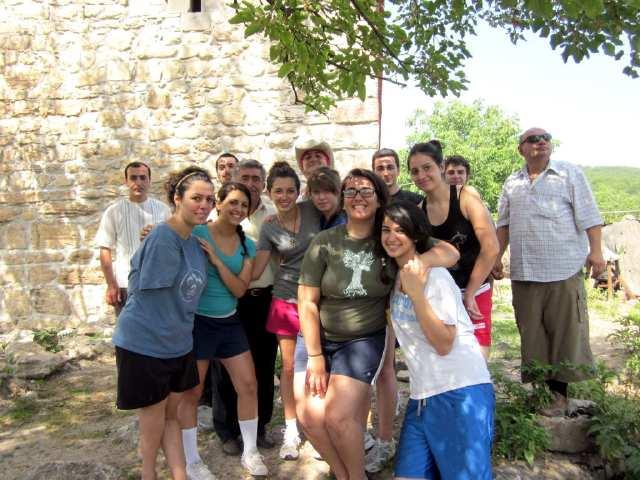 Teens travel to Armenia to assist a village in the country of their ancestry.

Alique Bedikian said there was no culture shock. For five weeks, she lived in rural Armenia, foregoing almost all amenities like electricity and running water.

“I got so used to living that humble lifestyle that it didn't matter,” she said. “I really appreciated everything they have as well, all those things are very different and very simple. Coming back wasn't a shock. It was just different.”

The 12-volunteer team from across Glendale and the globe returned transformed after their time in Yeghvard, in southern Syunik province in Armenia.

“We were basically celebrities in the village,” said Montrose resident Nare Davoodi, who also turned 20 years old while abroad. “The kids would call our names every morning, afternoon and night for us to go play with them or have coffee with them and their parents.”

The volunteers participated through Land and Culture Organization, a France-based nonprofit that organizes summer trips to connect young Armenians with their native ancestry. The team from Glendale joined other French teens, Canadian teens and young adults to restore the village's 17th century Sourp Astvatzatzin Church.

“They were incredibly appreciative about the work we were doing,” 20-year-old Glendale resident Talin Khechoomian said. “Almost everyone wanted to take us to their homes, and thank us with coffee, ice cream, homemade mulberry vodka.”

They left their fingerprints while restoring an ancient church, which was the experience of their young lives, many said.

“It's in the center of the village and they need a holy place,” Davoodi said. “It feels amazing to be a part of this legacy because I know I did something for people who weren't able to do it themselves.”

There were after-work moments, too, like going to a discoth?que or sharing tea. Those were equally impactful, Davoodi said.
“Even though those seem like pretty small things, for them it means the world,” Davoodi said.

Villagers were a little skeptical about Americans, but it was something Khechoomian could laugh off with American and native Armenian friends.

“One man said to me that before he met us he thought Americans chewed gum and stood around,” Khechoomian said.

Students practically slept, ate and worked alongside the villagers. They awoke every morning at 8 a.m. and began work by 9 a.m. They had a two-hour lunch. Their day ended at 5 p.m.

Breakfast was typically boiled eggs, cheese-butter honey, and Armenian bread with Nutella, which was usually in short supply. There were noodles or rice for lunch, with vegetables, cheese and bread for dinner.

“We didn't have a lot of meat since it is scarce there, so we all pretty much turned into vegetarians,” Davoodi said. “Every single moment we had in the village was amazing.”

It was so inspiring that Bedikian is planning a return trip, she said.

“After seeing Armenia, I made a pact with myself that I'd go back in the next couple of years,” she said. “I want to spend all my free time there and help them as much as I can. I fell in love with the country.”

For over 30 years, LCO has been one of the earliest volunteers groups in Armenia and Karabakh working to restore, renovate, and rejuvenate the historical monuments and sites of our nation.  It has performed this mission through its summer campaigns, by volunteers of every age from the Diaspora and Armenia. To help our mission or join in our summer volunteer program, you may reach us at www.lcousa.org.