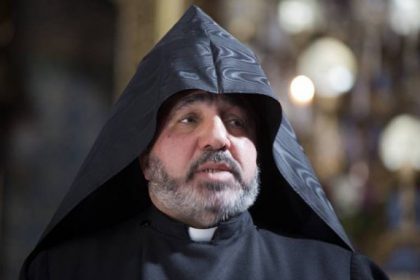 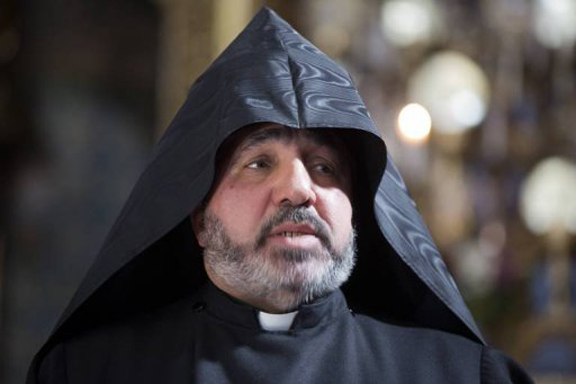 Manoogian was elected with 17 votes, while another cleric, Archbishop Aris Shirvanian, who was serving as interim Patriarch, received 15 votes

The new patriarch will lead the small Armenian Orthodox communities in Israel, the Palestinian territories and Jordan, as well as take responsibility for parts of holy sites including the Church of the Nativity in Bethlehem.

His election must be approved by Israel and the Jordanian king.

Manoogian ascends to the throne of St James, as the Jerusalem Patriarchate is known, at one of the most crucial interludes in the chronicles of Jerusalem, the immortal, walled city that is surrounded by the treacherous moat of political machinations, tenuous security and economic uncertainty.

The new Patriarch replaces Archbishop Torkom Manoogian (no relation) who passed away in October.

PanArmenian writes about the election process:

Meeting in conclave, the members of the priestly Brotherhood of St James, have cast their crucial votes on Jan 23 in the first round of elections for a successor to the throne of the Armenian Patriarchate of Jerusalem.

The first day?s voting has now narrowed down the field of contenders to 5, with the current Grand Sacristan of the Patriarchate, Archbishop Nourhan Manoogian, in the lead with 21 votes in his favor.

Archbishop Aris Shirvanian, the Patriarchate?s Director of Ecumenical Affairs, and the second favorite, has receded down the list with 16 votes.

But the Dioceses of the Armenian Church in South America seemed to have garnered a hefty chunk of voting confidence, putting in a strong performance with Archbishop Datev Gharibian, the Primate of the church in Brazil, a close second with 18 votes.

Gharibian was born in 1937 in Aleppo, Syria?s second largest city, ordained a priest in 1963 and elevated to the rank of bishop in 1984.

The relatively younger Archbishop Kissag Mouradian, Primate of Argentina, and a compatriot of Gharibian, gained 15 votes. He was born in 1951, ordained at the age of 20, and consecrated bishop in 1990.

The fifth nominee, with the same number of votes, was Archbishop Sevan Gharibian, who is in charge of the financial bureau of the Jerusalem Patriarchate.