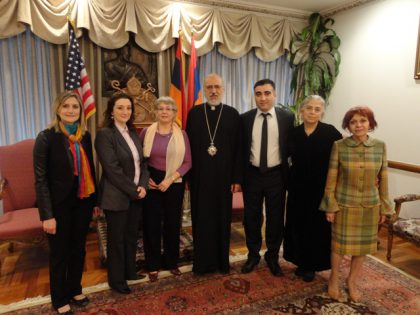 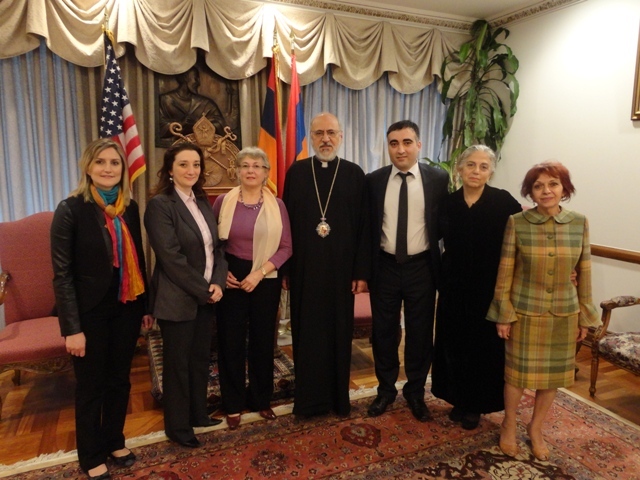 Always mindful of the significance of national art, culture and education – particularly in Diaspora, where the assimilation is an ever-present threat – members of the current Regional Executive consider ties between Hamazkayin and Armenian institutions on the East Coast especially important. With this in mind, the first visit was paid to H.E. Abp. O. Choloyan at the Prelacy office.

After presenting ongoing and future plans of Hamazkayin to Abp. Oshagan, visitors reiterated the willingness of the Hamazkayin to cooperate and assist in realization of cultural programs.

During the discussions of various facets of the Armenian community life it became clear, that both the Church and the Hamazkayin have similar concerns. Perhaps, the most challenging for Armenian organizations and institutions is the growing indifference within the Armenian community. On the other hand, challenges revitalize the traditional Armenian organizations and prompt the leadership to adopt new approaches and fresh ideas, rather than remain in standstill on the stomping ground.

His Excellency Mr. Garen Nazarian presented several new and important publications and ideas for cultural events. During this visit, as throughout his tenure in New York, Mr. Nazarian displayed his deep comprehension of and involved concern for the Armenian communities in the United States. The visitors enjoyed the warm and hospitable atmosphere no less than the mutual inclination to cooperate in implementations of cultural programs. 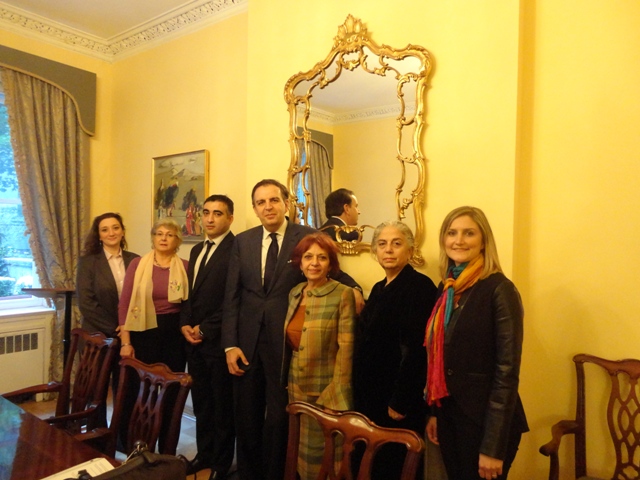