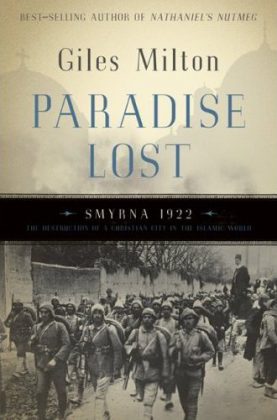 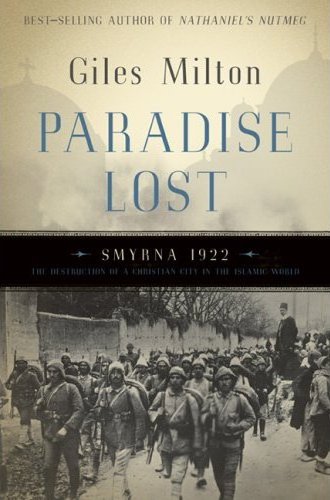 In 1920, Smyrna was a flourishing city on Turkey's Aegean coastline. Its population of more than half a million was a mixture of Greeks, Levantines, Jews, Armenians and Turks. In September 1922 the Turkish army razed it to the ground.

Giles Milton has written a vivid and moving account of the events leading up to the city's extinction and the experiences of its inhabitants when it was occupied. Smyrna's fate had its origins in Turkey's involvement in the Great War on the losing side.

In 1920, the victors awarded the city and the surrounding hinterland to Greece. But in September 1922, the Greek army foolishly advanced deep into the Turkish interior and suffered a massive defeat. Greek soldiers and administrators were evacuated from the coast but Smyrna's population was swollen by refugees when the Turkish cavalry entered the city. These soldiers represented a regime that had killed up to 1.5 million Armenians in 1916 by driving them into the desert. It was hardly a surprise, therefore, when the killing and looting started.

Soon there were half a million people on the city's quay, trapped between the harbour and the huge fire behind them. The Turkish troops had sprayed petrol on buildings and torched them. Most people were ultimately evacuated on Greek ships, largely through the efforts of Asa Jennings, an American working in Smyrna with the YMCA. As the book makes clear, Jennings was the real hero of those dreadful days but he was not able to save the 100,000 men and boys who were deported to the interior and never seen again.

Smyrna itself was effectively burnt to the ground. Photos of the ruins look like the aftermath of an atomic blast. The coda to this terrible tale was that in 1923, Turkey's remaining non-Muslim population of 1.2 million were removed to Greece and 400,000 Muslims living in Greece were transported to Turkey. As the author remarks, this was probably the largest ever exercise in ethnic cleansing.

By writing about Smyrna, Milton has added his name to a list of authors, including Nobel Prize-winner Orhan Pamuk, who have written about the city. In Pamuk's work, one finds a Turkish perspective, albeit that of a Westernised intellectual: for him, the city is a ruin haunted by the ghosts of old Turkey's cosmopolitan past and a reproach to its nationalist and militarist present.