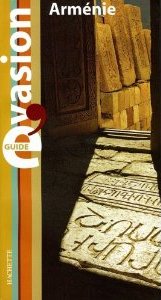 On the occasion of World Press Freedom Day, Seda Mavian, the special correspondent of French Armenian magazine “Les Nouvelles D'Armenie” received “The Time for Freedom of Press” award at a ceremony which took place on May 3, 2013 at the Journalists' Union of Armenia.

The Day was proclaimed by the UN General Assembly in December 1993. Since then, 3 May, is celebrated worldwide as World Press Freedom Day. It has become an opportunity to celebrate the fundamental principles of press freedom, assess the state of press freedom throughout the world and defend the media from attacks on their independence.

In a message on this occasion UN Secretary-General Ban Ki-moon stressed that “a fundamental right on its own, freedom of expression also provides the conditions for protecting and promoting all other human rights. But its exercise does not happen automatically; it requires a safe environment for dialogue, where all can speak freely and openly, without fear of reprisal.”

In recent years there is a growing awareness that freedom of expression must also encompass online expression.

“The Time for Freedom of Press” award was established in 2006 by the Yerevan Press Club in conjuction with “Internews Media Support” and the Journalists' Union of Armenia. The Yerevan Press Club was founded in 1995. It has been the first professional association of journalists in Armenia, a non-governmental organization that unites journalists, publishers, media leaders and experts, regardless of their political ideas.

Seda Mavian received a certificate and a symbolic watch as a gift for her best performance in the domain of “political interview”.

Photo: Cover of book by Seda Mavian about Armenia in French language.

Newer PostRaffi Elliott: Armenia has a lot to offer if it starts thinking outside the box
Older PostSoprano Anush Hovhannisyan with Royal Opera – London