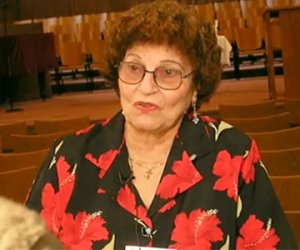 AZAD-HYE (11 November 2005, Dubai): On the 4th November 2005 Karekin II, Catholicos of All Armenians, issued a Pontifical Order releasing Mrs. Sonia John from her duties as Manager of the Armenian College and the Philanthropic Academy in Calcutta (India). The reasons behind this move were not revealed.

Father Oshagan Gulgulian, a member of the Etchmiadzin Brotherhood, has been appointed as head of an interim school board to govern the activities of the College, whereas Deacon Tigran Baghumian remained in his position as Administrator.

These developments did not come as a surprise. We had hosted many articles in the past referring to the deteriorated quality of education and social life of the school children in the school. There were several scandalous news on how the funds of the Armenian benefactors were spent in non-responsible manner and how a part of the in was transformed to a parking lot. There were even news about rape assault in the school and poor living conditions and authoritarian way of managing the property by Mrs. Sonia John. Read articles sent by Max Galstaun and others here.

For a long time it was obvious that something grave and mischievously wrong was going on in , but there was no effective mechanism to change the course of events. The Catholicosate of All Armenians seemed helpless to resolve the situation. Mrs. Sonia John managed somehow to survive. She kept good relations with the Armenian politicians. Recently she facilitated donation to Tsunami victims in coordination with the Armenian Foreign Ministry. Also she arranged the funding of hospitals in . She kept good relations with the local police, using their services to keep way “suspicious” visitors, most of them old students who wanted to visit their school and verify some of the rumors. Mrs. Sonia John nourished excellent relationship with the press, presenting herself as a synonym of the Community itself. In the 24th February 2003 issue of “The Hindu” widely known nation wide newspaper she even presented herself as grand grandson of the publisher of the first Armenian newspaper Der Haroutyoun Shmavonian (“Aztarar”, , present day Chennai in 1794).

At times her opponents were despaired that their pleas to the Catholicos of All Armenians were not being answered. But from what is obvious now, things have turned and the Holy See has taken a long awaited action. Many are celebrating this victory but her supporters are considering this as a first step to sell the College by Etchmiadzin authorities, mentioning that in the last three years no students were sent to the College from Armenia and once the existing ones graduate, there will be not enough students to carry on the educational mission. Students ready to join classes this year from were refused to be accepted in the school and they did not even use the airline tickets that they purchased for their travel.

It is rumored also that Haik Sookias Jr is planning to build a five-star-hotel on the current school property in coordination with the cleric sent by Etchmiadzin.

Vachagan Tadevosyan an instructor in the College for the past six years has sent this message to the attention of the readers:

The recent changes implemented by Etchmiadzin have been long awaited. The school has serious shortcomings and deficiencies, in spite of the millions of dollars being spent in the past years. Until they are resolved, it is meaningless to even discuss increasing the number of children here. The issue is not one of simply bringing students. Every child must be given the opportunity to receive a quality and well-rounded education, in a safe and healthy environment, with their nutrition and well-being guaranteed. As the saying goes, quantity does not guarantee quality.

For any of those who are doubtful, they can ask the parents of those children, both from and , who upon seeing the condition and situation in the school, immediately withdrew their children and returned back home. One can also inquire with those parents who did not let their children return to once the students had arrived home for summer recess.

It was not only Etchmiadzin that was dissatisfied with the current condition of the school, but nearly the entire staff of the Armenian College, numerous former students who visited, and members of the Armenian community of Calcutta were frustrated as well, and who would, from time to time, express their displeasure to His Holiness the Catholicos of All Armenians.

As to what relates to the many lies that have been written about Father Oshagan Gulgulian and Father Ktrij Devejian, I can state with certainty that they are complete lies and in no way correspond to reality. Similar rumors and gossip have befallen all those dedicated clergymen who came here and laymen who tried to speak the truth. I invite you to come to and see for yourself the condition here.

I wish to conclude by saying, that if the condition of this school was good, then Etchmiadzin would have sent more children. Many are unaware that no new children have been sent from in the past three years due to the severity of the situation in , which is now, thankfully, beginning to be resolved and corrected.”

In conclusion, the opinions about the College and the Community are so deeply contradicting that we can assume the existence of a great split in the Community.

Picture: Sonia John, ex-Manager of the in

Newer PostBeirut: In the aftermath of the Armenian Genocide
Older Post''The Immigrants' Daughter''