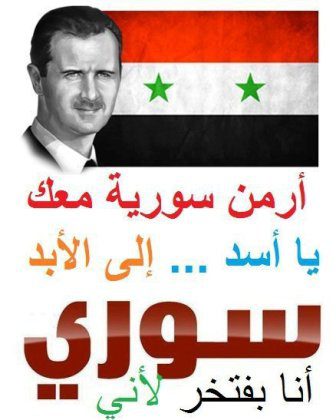 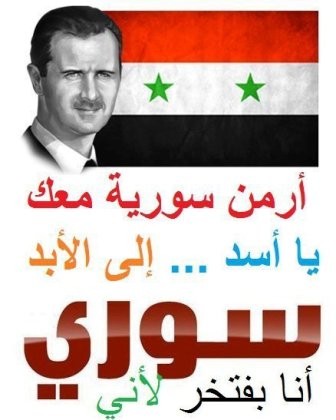 In a news conference in Yerevan expert in Suren Manukyan, Deputy Director of the Armenian Genocide Museum-Institute in Yerevan, warned that the repetition of the Libyan scenario in Syria would have disastrous consequences for the Armenian community.

According to Manukyan the majority of the Armenians in Syria support President Bashar Assad as they see in him the guarantor for their security. With such overwhelming inclination towards Assad the community would be vulnerable in case of foreign intervention and the escalation of the situation into armed confrontation. Manukyan fears that in such situation the fate of the Armenians in Syria may not differ much from the Iraqi Armenians. Many Iraqi Armenians took refuge into the relatively safer Iraqi Kurdistan areas, while hundreds of them immigrated to Armenia.

Armenian Foreign Ministry's spokesman Tigran Balayan assured to reporters that the Embassy of Armenia is working properly in the Syrian capital Damascus. In Aleppo, home of the majority of Syrian Armenians, life continues as usual. Most of the Armenians believe that Syria stands a great chance for reforms under Assad's leadership. Many Syrian Armenians have changed their Facebook profiles using variants of Assad pictures and slogans supporting him (see a sample on this page). Syrian Armenian groups have warned Armenians abroad not to believe the anti-government propaganda. Social networking sites are full of comments condemning Al Jazira and Al Arabiya satellite TV channels and expressing alliance with the Syrian leadership.

Famous Christian activist Michel Kilo had earlier slammed the Christian population of Syria for being inactive and indifferent towards the developments in Syria, warning them that if the situation changes they would be exposed.

Arax Pashayan, a Yerevan State University Associate Professor and leading expert in Arab studies in Armenia believes that if Assad loses its grip on Syria the country will deteriorate into a state of chaos and the Islamists will come into power, thus endangering the minorities and the future of Syria. According to her, Armenians have been enjoying a period of safety in Syria during Assad's (father and son) reign, their businesses were flourishing and their culture, language and religion were preserved.

Azad-Hye editor Hrach Kalsahakian believes that the Syrian Armenians have been living inside a ghetto since their arrival in Syria after the Genocide 1915. “This ghetto continues in one form or another. Economic and social hardships in the wake of Arab nationalism caused the gradual transfer of the Armenian population from remote locations in Syria to the major cities and from there to abroad. The community shrank threefold since the 1950s. There were tens of thousands of Armenians in cities like Hama, Homs, etc, where none exist now. The remaining Armenian-speaking population of Syria has been living in compact neighbourhoods. Although the majority of Syrian Armenians are supporters of Assad, his reforms, however, would have limited impact on them since only few of them work in state-owned companies. Due to their community-centred life, Syrian Armenians are not in a position to gain direct benefit from the political, media and other reforms promised by Assad. On the other hand, the Genocide experience will keep them cautious towards those who are perceived as having religious agenda”, said Kalsahakian.

During Baath party's rule in Syria, Armenian was designated as a ritual language for the teaching of religion and cultural heritage within the limit of four hours per week in Armenian private schools. Armenians preserved their culture especially in Aleppo, Kamishli, Kessab and several other places by living in densely populated neighbourhoods. Syria was under Soviet influence and many students, especially from non-ARF circles, went to Soviet Armenia for their higher studies.