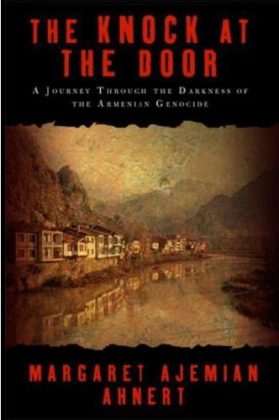 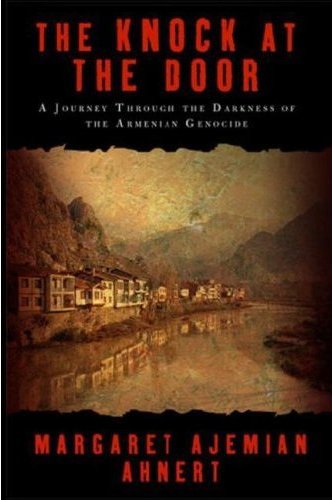 Margaret Ajemian Ahnert is the daughter of a survivor of the Genocide. She is also an Armenian American journalist and writer, whose latest book on the memoris of her mother Ester Minerajian, “The Knock at the Door” (2007) has created wide media attention.

Ester was about 15 when she and members of her family set out to flee from the only place they knew as home. Eventually, she was the only surviror of a big family. On her way to a safe haven she endured numerous troubles.

Author Ajemian Ahnert, who struggles to come to terms with this history as a daughter of a surviror, has brought into light her mother's story from the beginning until the more contemporary times, that capture her final years in an Armenian elderly home in New York.

Ester had usually ignored her ordeal and talked little about it. The orphans, feeling helpless and lonely, used to encourage each other to forget the painfull past and begin a new life.

Ultimately, Ester could not forget what pain has been inflicted upon her and her co-survivors. Her daughter Margaret found the right opportunity to note down the memories of her mother. She knew that what her mother is going to tell is important for the coming generations. Learning will help them alleviate their pain more than trying vainly to forget it.

In her book Ajemian Anhert encourages to remember instead of forgetting.

On the last page of the book there is a photograph of Ester, who died in 1999, just a few weeks short of her 99th birthday. The book is a tribute to the her. It is the story of how she escaped death and began her life all over again in a new country.

Ester has long gone now, but her words echo in the lines of Ajemian Ahnert's book especially that the final act of remembrance seems to be closer than ever. This explains why the passions remains high after almost 100 years of the Genocide.

Azad-Hye had the following interview with author Margaret Ajemian Ahnert.

You have written a book where family story is closely related with the history of a whole nation. Did this create an extra responsibility on you and how did it affect the work you have produced?
My book relates the day to day activities of my mother Ester as she lived through the days of the drive of death in 1915. My book is not a history lesson it is a first hand eye witness version. Many historians have written much more in depth versions. I chose to show the genocide from my mothers eyes not as a historian.

It is unfortunate that your mother Ester died eight years before the publication of the book. How would have been her reaction if she was alive?
My mother knew I was writing this book about her life. She was happy about it and said on many occasions “Margaret, your children and grandchildren should know what I lived through. I am happy you are writing about what happened to me and many others. So many did not survive. I am one of the lucky ones.”

The book received many important reviews in USA and some outside USA. What is the message behind the book and do you think it was fulfilled?
I won USA BOOK NEWS AWARD FOR BEST BOOK OF 2007 and NEW YORK BOOK FESTIVAL AWARD FOR BEST HISTORICAL MEMOIR 2008. Because of this recognition I have been asked to speak at many important universities. Harvard, Yale, Nova, Florida Atlantic Univ., Fordham Law School are just a few of the universities that have invited me to speak allowing me the opportunity to spread the message that there was a genocide of the Armenians in 1915, a fact many are not aware of. My mission is to tell those that do not know and to convince those that do not believe.

Do you consider the USA public more informed about the Genocide now compared to 1999 when you mother died?
Yes, the general US public is more informed today but I still come across those who say, “What genocide, what about the Armenians?”

After almost two years of its publication, do you have any information about who were the main readers of the book, Armenians or non-Armenians and to what age bracket do they belong (if you are aware about it)?
I find that my contention that this is a Mother/Daughter story has attracted many of all nationalities. By this way of telling the story I have been welcomed by all nationalities which was my purpose. Students, mothers, daughters, and students of history with a curious nature, who know the story yet love the first hand memoir. My book has been compared to “The Diary of Ann Frank”  by Levon Sevunts a Canadian journalist and television talk show host. He says, “For many today Anne Frank is the face of the Jewish Holocaust, Margaret Ajemian Ahnert has given Armenians their own Anne Frank's Diary. She has given a name and a voice to those countless genocide victims. They are not faceless numbers anymore to be argued over by historians, they have Ester Ajemian to speak in their name.”

You introduced your book through book readings in some US cities, how was the reaction of the public and would you like to comment about the reaction of some Turkish persons who were attending at least one of your readings and caused police intervention?
See New York Times May 2, 2007, Metro section which tells the story in detail. I was frightened and from that talk on I travel with a bodyguard. Along my book tour in several places I have been shouted at by Turks in the audience. I keep my composure and continue telling my story. Am I worried? Yes! Will I stop talking about my book? NO!!

Recently there was interview with you in a French speaking Armenian publication. Was your book translated to any languages or is there any intention to do so?
My book has been translated into Italian and is available under the title, “Le Rose di Ester,” Rizolli books Italy. Publication in Armenian, Russian, Dutch, Spanish, French and Turkish is underway.

How do you compare your book with the accounts of another eyewitness Thea Halo, a Greek American whose memoirs were taken by her daughter. Did you have the chance to read this book before publishing your book?
I met Thea Halo and read her book which I enjoyed very much. Her Greek Mother suffered as my mother Ester did as many mothers did. It was a pleasure to meet and talk with her.

Do you think you book has the capacity of turning it into a movie?
Alain Terzian famous French movie producer came to my talk in Paris. He applauded loudly and enjoyed my book very much, he said. Yes, I believe it would translate into a good movie.

It?s more than 'The Knock at the Door' 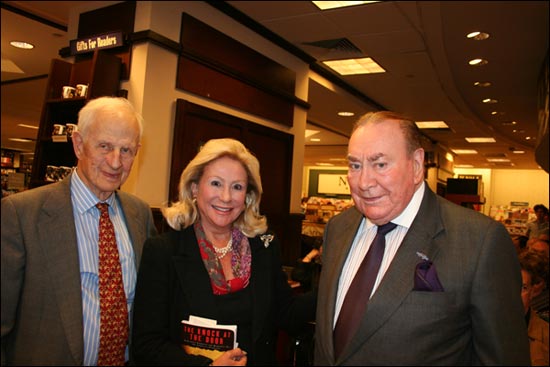