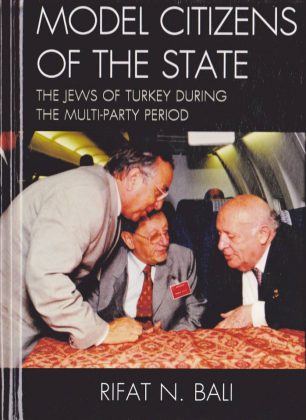 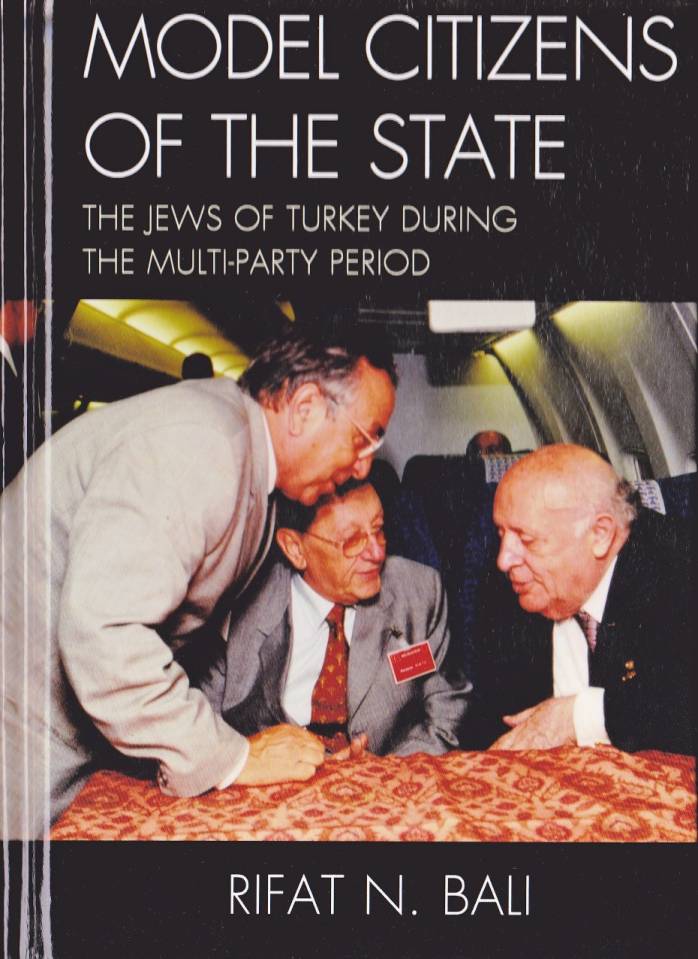 New Book on Forced Turkification of Jews, Their Fight against Anti-Semitism, and Turkish-Jewish Leadership Lobbying against Recognition of Armenian Genocide

Toronto?The Zoryan Institute is proud to announce the translation and publication of a new book by noted author Rifat Bali, “Model Citizens of  the State: The Jews of Turkey during the Multi-Party Period”  (Fairleigh Dickinson University Press, Rowman & Littlefield Publishing Group, 2012).

This book provides an expos? of the treatment of the Jewish community in  Turkey from 1950 to the present, their fight against anti-Semitism, the  struggle for their constitutional rights, and the attitude of the Turkish state and society towards these problems.

In a review of the Turkish edition that appeared in the Armenian Weekly, Turkish journalist Ayse Gunaysu and a member of the Committee Against Racism and Discrimination of the Human Rights Association of Turkey (Istanbul branch) since 1995, described the book as “groundbreaking… unearthing facts and first-hand accounts that unmistakably illustrate how the Turkish establishment blackmailed the leaders of the Jewish community?and through them Jewish organizations in the United States?to secure their support of the Turkish position against the Armenians? campaign for genocide recognition . . . The book also offers rich material about how Turkish diplomats and semi-official spokesmen of Turkish policies, while carrying out their lobbying activities, threatened both Israel and the U.S. by indicating that if the Jewish lobby failed to prevent Armenian initiatives abroad?Turkey might not be able to guarantee the security of Turkish Jews . . . It has been a routine practice for Turkish authorities to invariably deny such threats. However, Bali?s industrious work in the archives reveals first-hand accounts that confirm these allegations.”

In explaining his motivation for writing this book, Bali states,

There are a number of facts which triggered my starting to research the history of the Jews in the Turkish Republic. They can all be summed up in the fact that I was tired of listening to and reading the rosy narrative that was repeated over and over by the leaders of the Turkish Jewish community, as well as by Turkish intellectuals, politicians and historians. The same narrative was also predominant outside Turkey. I wanted to discover what was really behind this rhetoric.

Bali details how, despite the attempt of Jewish community leaders in Istanbul to fit into the mold of the “model” Turkish citizen as defined by Kemal Ataturk, and regardless of the official government policy toward the Jewish community, the anti-Semitic attitudes of the majority Muslim population in Turkish society were ever present.

The book describes how, initially, the Jewish community received similar treatment by the government of Turkey and had similar problems, fears and reactions as the Armenian and Greek minorities during the Single Party period, 1923-1949, to such things as the Capital Tax Law and policy of Labor Battalions. During the first two decades of the Multi-Party period, it endured the September 6, 1955 pogrom, the May 27, 1960 revolution, and the 1971 military coup. All three minorities suffered equally from these critical events, with loss of life and property and consequent emigrations to Greece, Israel, Europe and North America.

Bali explains how a shift in the Turkish state's treatment of its Jewish citizens started in the late 1960s and early 1970s due to three pivotal events outside of Turkey: the 1967 Israeli Six-Day War, the 1974 Turkish invasion of Cyprus, and the movement for international recognition of the Armenian Genocide. He shows that the Turkish government in the 1970s reversed its policy of prohibiting minorities' links to outside organizations by encouraging the Jews of Turkey to connect with American Jewish organizations, once it realized the importance of American Jewish political lobby groups. Since then, Turkey has adopted a policy of utilizing the American Jewish lobby against the Greek lobby to lift the Cyprus related arms embargo, and against the Armenian lobby to further its genocide denial policies. Bali details efforts to distance the American Jewish community from the Armenian community by propagandizing that the Armenian Genocide is a non-truth, or that whatever may have happened in 1915 it can not be compared to the Jewish Holocaust and therefore can not be called genocide, and that Turks have been very tolerant and friendly to Jews since their expulsion from Spain in 1492.

Bali illustrates that with this new policy, successive Turkish governments obtained the cooperation of Turkish Jews to convince the American Jewish lobbies to actively support pro-Turkish measures, including fighting against Armenian Genocide resolutions in the US Congress, excluding the Armenian Genocide from the Holocaust Museums in Washington and Los Angeles, prohibiting papers on the Armenian Genocide from being presented at Israeli Holocaust conferences, prohibiting the showing of Armenian Genocide related movies in US and Israel, etc. The tactics used by Turkish governments included financial assistance, economic concessions and other privileges, but also veiled threats that lack of cooperation by the Jewish lobby, the State of Israel, or Turkish-Jewish leaders would jeopardize the safety and economic well-being of the Jews in Turkey.

When asked about the possible effect his research could have, Bali answers,

I do not believe that the book will have any sort of negative impact on Israeli-Turkish and/or Turkish-Jewish relations. Real politics and strategic concerns always dominate and even embellish past history. However I hope that at last the English-speaking public will have the opportunity to read the “real” story of Turkish-Jewish relations instead of an embellished one.

In documenting the Turkish state's manipulation of its vulnerable Jewish minority and their acquiescence, this book serves as a valuable case study of how Realpolitik in domestic politics and foreign relations distorts the truth and how coercion by the powerful contributes to the violation of collective human rights. It will be of interest to academics and students of non-Muslim minorities in Turkey, political lobbyists in America, Israeli policy-makers, as well as to the Jewish, Greek and Armenian communities around the world.

Rifat N. Bali, born in 1948 in Istanbul, is an independent scholar specializing in the history of Turkish Jews and an associate member of the Alberto-Benveniste Center for Sephardic Studies and the Sociocultural History of the Jews (Ecole Pratique des Hautes Etudes/CNRS/Universit? Paris-Sorbonne). He is the winner of the Alberto Benveniste Research Award for 2009 for his publications on Turkish Jewry.

The Zoryan Institute is the parent organization of the International Institute for Genocide and Human Rights Studies, which runs an annual, accredited university program on the subject and is co-publisher of Genocide Studies and Prevention: An International Journal in partnership with the International Association of Genocide Scholars and the University of Toronto Press. It is the first non-profit, international center devoted to the research and documentation of contemporary issues with a focus on Genocide, Diaspora and Armenia. For more information please contact the Zoryan Institute by email [email protected] or telephone 416-250-9807.

Treasured Objects: Armenian Life in the Ottoman Empire 100 Years Ago