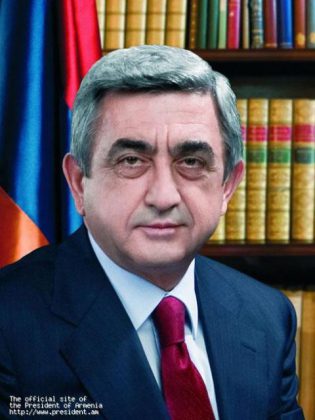 In the coming year 2011, we will most solemnly celebrate the 20th anniversary of Armenia?s independence. Regrettably but also with the pride of the generations, which created our present independence, a jubilee of such caliber has not been celebrated on the Armenian land for many, many years.

We enter year 2011 with confidence and clear understanding that we are the ones to solve our problems. It will be the year of hard work, new and persistent efforts, unrelenting fight against enrooted vices, and the year of filling voids, and we have to admit that the voids are still plenty. Year 2011 will also be the year of further empowerment of the Armenia-Artsakh-Spyurk triumvirate and the year of new steps taken toward the realization of the all-Armenian aspirations.

I am confident that today?s voids will be definitely filled tomorrow. Farmers and diplomats, servicemen and state employees, businessmen and teachers and many-many others have accomplished a lot this year. Farmers, businessmen and the government failed in some areas, but there have been much more accomplishments than failures, and it?s a fact. We are improving the state structure, and in the coming year it will functioning more efficiently. Reforms will go on, and their results will be more noticeable.

I wish you a Happy New Year and a joyous Christmas. These are holidays which symbolize a new beginning. Let?s welcome the New Year with new hopes and renewed reliance, because a good beginning is half the battle.

Today, let?s also be true to the tradition and raise a glass to our troops, who this night in the trenches safeguard our celebrations. First of all, it is thanks to their services that next year we will be celebrating the jubilee, although not celebrated for a long time, embodies our national dignity. Let no harm come to them next year. Honestly, no news hurt me more than the news on the emergency situations in the army.

This is first of all a holiday for kids and families, and it is particularly special in the households which have small children. I wish our children health and joy, family warmth and affection. In that case, tomorrow we will have a society of a new crystal-clear quality, in which embittered persons will have no say.

I wish health and warmth to our elderly. Let them always give wise advice to their children and grandchildren, let them always rejoice and take pride in their accomplishments.

I wish you all success, peace and the opportunity in the coming year to build up the prosperity of your families and our country. I wish the new year to become a year of new achievements and greater confidence in your own abilities. I also wish us all to have strong support, and I wish us all to serve a good example for each other; if we manage to do it, every new year will undeniably be our year.