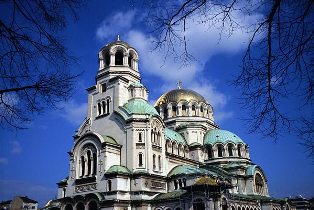 45 Prominent Scholars Support Opposition Party Motion for Recognition
?????
Sophia, Bulgaria — On Wednesday, May 2nd, conservative Bulgarian opposition parties boycotted the Parliament session when socialist government leaders manipulated Parliament rules to block a vote on a resolution recognizing the Armenian genocide. Generally, the agenda of the Parliament's first session of the month is set by the opposition, which planned to bring up the resolution. In response, Socialist Party representative, Mrs Maya Manolova (Socialist Party), charged that the resolution had been brought up in the past and removed it from the agenda.
?
The opposition denounced the “totalitarian behaviour” which the majority used to avoid any democratic debate on this issue as on others.
?
According to media sources, 45 prominent intellectuals had called on the government to recognize the Armenian genocide, and also urged recognition of the “Bulgarian atrocities” perpetrated in 1876 by the Ottoman Empire. This recognition effort caused a scandal in Parliament when, on April 24th,? Bulgaria's Turkish nationalist faction – a party which obtained 13% of the votes during the last legislative elections ? boycotted the session during which a moment of silence was observed dedicated to the memory of the Genocide's victims.
?
The support of the Turkish nationalist MPs is vital to the leading government coalition in Sofia.
?
“The position of the government is not acceptable, neither morally or politically, since the people of Bulgaria favour recognition of the Genocide,” said a spokesperson for the Armenian community of Bulgaria, adding that “We expect that the government will move forward and recognize the Genocide.”
?
Bulgaria, which itself suffered massacres perpetrated by the Turkish government, was a direct witness of the Armenian genocide and provided safe-haven to thousands of survivors in the 1920s.
?
“We condemn the shameful position of the government in Sofia for sacrificing the moral consensus in Bulgaria for its alliance of circumstance with the Turkish extremist party,” said European Armenian Federation Executive Director Laurent Leylekian.
?
“Bulgaria's example clearly demonstrates that wherever Turkey advances democracy retreats. In light of this example, who can reasonably expect that our liberties and security will be guaranteed when Ankara joins the EU?” added Leylekian.
?
The Federation calls upon the European Parliament and upon the parliaments of the eleven member states which have already recognized the Armenian genocide to urge the Bulgarian Parliament to live up to European standards and recognize the Armenian Genocide.
?
Source:
EUROPEAN ARMENIAN FEDERATION For Justice and Democracy
Avenue de la Renaissance 10
B-1000 Bruxelles
Tel: +32 (0)2 732 70 26
Tel/Fax : +32 (0)2 732 70 27
??
PRESS RELEASE
5 May 2007
Contact: Vart?nie ECHO

Newer PostHMEM Cyprus Games: A huge success in every way
Older PostThe role of Haigazian University in maintaining Armenianness in the Diaspora