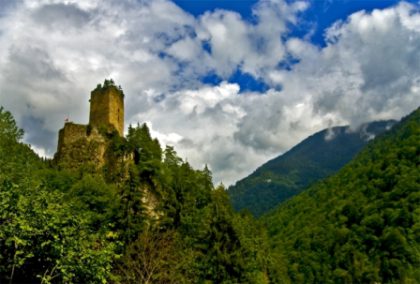 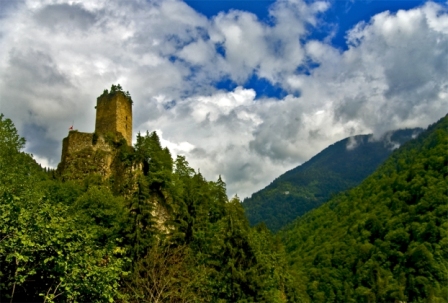 A cultural week dedicated to the heritage of Hamshen Armenians (Hamshentsi) will be held in Yerevan in the period from 21 to 28 July, 2008.

The week will include a photo exhibition dedicated to Hamsheni Architecture at the Narekatsi Art Institute and a seminar entitled: ?Hamshen and Hamshen Armenians. History and Culture? at Congress Hotel. ?Vova? ethnographic ensemble will take part in the cultural week.

Founded in the 8th Century by the Armenian princes Hamam and Shapuh Amatuni, Hamshen (first called Tambut then Hamamashen) was captured by the Ottoman Empire in 1489. By the 17th Century part of the Hamshen Armenians had been forcibly converted to Islam, while the  majority escaped to preserve their Christian faith.

Some historians call the Hamshentsi a unique Armenian group since it contains both Christians and Muslims. While some Christian Hamshentsi do not know Armenian, some among the Islamized speak a dialect of Armenian as their native language.

Both Muslim and Christian Hamshentsi live in Russia, Georgia, Turkey, Armenia and Central Asia. Some historians estimate there are several hundred thousands of Hamshen Armenians in the world, while others speak of several thousands.

YouTube link with several clips on Hamshen (including songs):
http://www.youtube.com/user/Vashdonoglu

VOVA a singer in Hemshin language. In 2005 HE produced his CD “Songs of Hemshin” (HAMŞETSU ĞHAĞ / HEMŞİN EZGİLERİ). Click the below links to hear two of his songs:
Kukkun Kuka Gon?agu

Hamshen CD released in Krasnodar (reported by PanArmenian in March 2006)
A song CD was released recently in the Krasnodar Territory in Russia with songs in the Hamshen dialect of the Armenian language, reported the Yerkramas, the newspaper of Armenians of Russia. The songs were performed by Caravan Band. The project was supported by the Armenian Hamshen Scientific, Information and Cultural Center. This According to experts, up to 250 thousand Hamshen Armenians compactly live in Kuban, Adygeya and Abkhazia (Northern Caucasia, Part of Russian Federation). They come from Hamshen region of Eastern Turkey (Historical Armenia). They moved to Kuban in the middle of the 19th century and early 20th century after the Armenian Genocide. They speak a special ? Hamshen ?dialect of the Armenian language.

The Ottoman conquest of Hemshin in the 15th Century is followed by migrations, both to and from Hemshin, as well as Islamization. Consequently, distinctive communities with the same generic name have also appeared in the vicinity of Hopa, Turkey as well as in the Caucasus. Those three communities are almost oblivious to one another's existence.

– The Hemshinli of Hemshin proper (also designated occasionally as western Hemshinli in publications) are Turkish-speaking Sunni Muslims who mostly live in the counties (il?e) of ?amlihemşin and Hemşin in Turkey's Rize Province.

– The Hopa Hemshinli (also designated occasionally as eastern Hemshinli in publications) are Sunni Muslims and mostly live in the Hopa and Bor?ka counties of Turkey's Artvin Province. In addition to Turkish, they speak a dialect of western Armenian they call “Homshetsma” or “Hemşince” in Turkish.

– Homshentsik (also designated occasionally as Northern Homshentsik in publications) are Christians who live in Abkhazia and in Russia's Krasnodar Krai. They speak Homshetsma as well. There are also some Muslim Hemshinli living in Georgia and Krasnodar[citation needed] and some Hemshinli elements amongst the Meskhetian Turks.