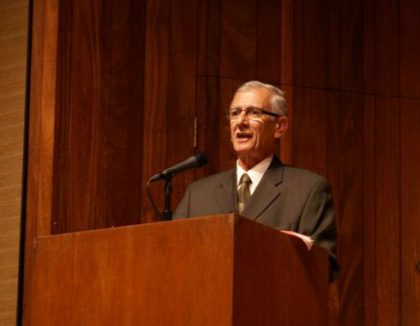 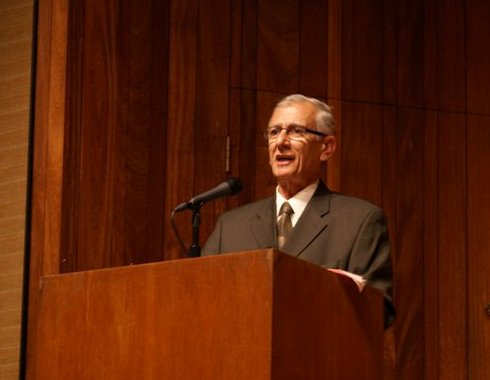 -Referring to your 8 years of activity, could you please briefly introduce your work and what you have achieved?

Our practical work has started on 10 August 2005, but since 1995 we have been carrying on scientific, historical and legal researches related to all issues related to Western Armenia, to Bitlis, Van, Erzurum and Drabizon. As part of our efforts in demanding our rights in peaceful ways, we have sent documents related to Western Armenia to all the leaders of the nations that have signed the S?vres treaty (1920), the treaty that acknowledged the borders of Western Armenia based on a map drawn by the then US President Woodrow Wilson. We have sent special messages to the leaders of Great Britain, France, Italy and Armenia, as well as to the then US President George W. Bush, who represents the country that has signed an Arbitral Award on the Frontier between Armenia and Turkey on 22 November 1920. The Prime Minister of Britain, Tony Blair, offered us a written answer saying that since our demands are governed by the international law, he would be handing over our letter to the Ministry of Foreign Affairs. In November 2005 we have sent additional letters to the United Nations, the European Parliament and the European Union, etc.

Regarding the achievements, we believe it is important to mention our 5-7 yearly public events during the last seven years, our many newspaper and media exposures, articles and interviews. We have invited politicians, historians, political and public figures to take part in our events. Congressmen also attended our events who, for the first time, addressed the US government demanding land rights of the Armenian people, according to Arbitral Award of President Wilson. Armenian and foreign press, including Armenian TV, give wide space to our events. In Western Armenia we carry on daily informative activity through internet, using Facebook and Twitter. We have registered the names of thousands of Armenian descendants who carry now foreign names and with whom we are in constant contact. Although we consider that we have done great work in reaching into these descendants of the Western Armenians we believe, however, that there is a lot of unique work to do there. For this reason we call on all Armenians, wherever they live, to contribute to our work.

-How would you describe the Defense Council of Western Armenia in few words and what is its main mission?

The activities of the Defense Council of Western Armenia are really complicated and massive. However, if I would describe it in few words I would say the following: The Arbitrary Award of the 28th US President Woodrow Wilson, issued on 22 November 1920, is the struggle for demanding back the 40 thousand square kilometers of land allocated to Armenia and Armenians. According to our Council's constitution, there are about eight million descendants of Armenians in Turkey, under different names, the majority of whom are ready to return to their roots, even after one hundred years. In order to enable this huge number of people to return to their roots we cannot act from the Diaspora. Therefore, we should make possible for these people to be aware about their national identity and to know about the nation they belong to, so that they can start undertaking this mission and begin to assist themselves inside Turkey. In recent years, we have seen how peoples in Tunisia, Libya and Egypt have erupted from inside. We have been using all recent technological advances for the purpose of increasing the national awareness of our people. I must regretfully add here, that the Armenian press is not participating in our effort. Quite the contrary, it is trying to keep this unique activity in the darkness.

From the day of our foundation we are operating as an independent body. This means we are not accountable to any political wave, but at the same time, we work closely with all Armenian organizations that have chosen Armenia, Artsakh (Karabakh), the Armenian people, the Genocide and other Armenian topics as their scope of activities. Regarding the non Armenian organizations, groups and individuals cooperating with us, I am not in a position to provide any information, due to the security concerns related to them and in order not to hinder our activities. I can say, however, that we cooperation with many groups and with huge number of individuals in many countries.

-What kind of obstacles you usually face? Do you have supporters?

Unfortunately, I can say there are difficulties in spreading our message through the Armenian media. I mentioned about this earlier. Luckily the foreign press follows our work. There are certain financial difficulties that slightly hinder our public appearances. During our first public event on 10 August 2005, the hall was completely full. From that day onward our supporters wait for our events. Every day we receive dozens of letters encouraging us to have new public events. The percentage of our supports has increased 200-250 folds, not only in Los Angeles or in the USA, but also in other Diaspora locations and in Armenia. We have representatives in the following regions, states, cities and countries: Armenia, Colorado, Florida, Boston, London, Belgium, the Netherlands, Lebanon, Venezuela and Germany. We publish in Armenian and English and translate into Turkish language. Through such publications we spread our word amongst the circle of Armenians who have lost touch with their roots in Turkey, making benefit from the present-day technological advances. Using these methods, we have managed in the past three years to collect the names of tens of thousands of people in Turkey, who carry foreign names, but are of Armenian descent and ready to return to their roots. Unfortunately, such people need to apply to the Armenian Patriarchate in Istanbul, live in Istanbul for seven months and follow religious courses, so that they become able to baptize in the Armenian church. We do not agree to all these procedures, because we believe that an Armenian is an Armenian, regardless of religious beliefs. This is an example of the obstacles that our Turkified and Kurdified Armenians in Turkey face, when they want to return to their origins.

-How many colleagues do you have? Are they only Armenians?

The number of our colleagues is in the hundreds outside Los Angeles. In many countries, our colleagues and collaborators are in daily contact with us, each one in his domain of specialty and with the intention of supporting our work. As far as the Los Angeles based people, I would like to inform you that our Council works in an official way. We do not have members in the same sense the Armenian organizations have, but we invite new colleagues with the recommendation of the founding body and after the approval of the President. As any official structure, we have limited number of people within the Council, which decides our policy, according to our strategy and conveys it to the collaborators all around the world. And those hundreds (or more precisely several thousand) collaborators spread our word everywhere.

-What is the task that you are involved in these days?

From the day of our foundation up to this moment, our activities are the same in Diaspora and especially in Western Armenia. We aim at increasing the historical awareness and identity amongst our people who have lost touch with their roots after the Genocide of 1915. We try to increase the attention of these people towards their ancestors and encourage them to return to their roots. We have achieved huge results, but we still have a lot to do. All those who really want to follow our work with the descendants of Western Armenia can go to Turkish language Facebook groups and they will notice our presence there. They can visit also our website www.western-armenia.org or follow us on our Facebook page of Defense Council of Western Armenia.

-How can someone communicate with the Council? 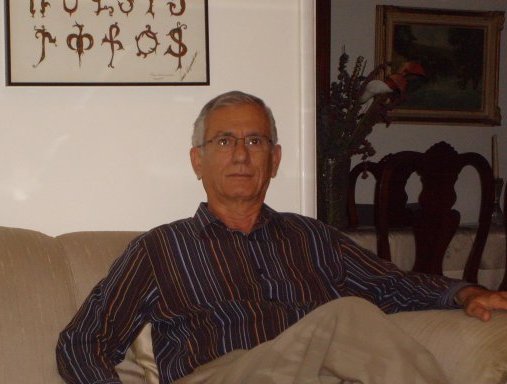