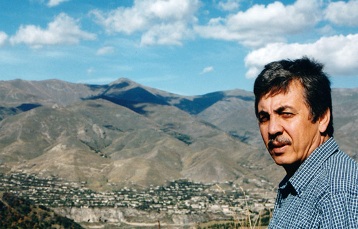 Nazareth Berberian will be laid to rest at Forest Lawn Hollywood Hills (Old North Church, also known as the Red Church) in California on 25 July 2009 at 10 a.m.

The American Armenian businessman and philanthropist was brutally murdered in Yerevan, Armenia, sometime between April 25 and May 15, 2009 (according to the Armenian police on 25 April 2009).

Nazareth Berberian was born on 11 June 1951, in Yerevan, Armenia. His father Hagop had fled the 1915 Armenian Genocide from the village of Belan, Turkey, and had found refuge in Aleppo, Syria, where in 1943 he married Mary Kilejian, another Genocide survivor from Aintab, Turkey. Determined to return to their homeland, they joined the great wave of repatriation and made Yerevan their new home in 1946. In 1971, the family immigrated to the United States of America, where Berberian founded a chain of stores. In 1999 he moved back to Yerevan and started a carpet factory and funded various assistance projects in Armenia and Karabakh.

A memorial web site has been launched in the memory of Nazareth Berberian. The site can be accessed at www.nazarethberberian.com

The sequence of events:

On 25 April 2009 evening, Nazareth Berberian left his home on Amiryan Street in central Yerevan with no trace. A criminal case was initiated by Yerevan police regarding his disappearance. His family offered a $250,000 reward for information about him.

Berberian, whose wife and children reside in the United States, owned property at the Abovan-Pushkin intersection, close to the Northern Avenue in downtown Yerevan and was in the process of constructing a hotel (Aragats) on the site (see photo). He wished to turn the hotel into a tourist center, where various souvenirs would be displayed in the first floor shops. Visitors would have the opportunity to visit the carpet factory owned by him in Dalar village in Ararat Marz, where they would be acquainted to the rug-making techniques and purchase carpets produced there. Recently, Berberian was involved in purchasing different unique items from many parts of Armenia for the purpose of furnishing his hotel. Experts estimate the hotel to be worth of $20 million. Nazareth Berberian?s ?Lil-Nar? company had signed a contract with the Yerevan Municipality for 50% of the site, which indicates that not all the site belonged to Berberian.

According to friends and relatives, Berberian had no known enemies and had always conducted his business in Armenia without difficulties. Hetq website for investigative journalism reports that “Berberian started to encounter problems with the onset of the global financial crisis. He had entered into talks with two large international hotel chains with the aim of securing investment funds. We can only speculate as to the results of these talks since Mr. Berberian was known as being somewhat of a secretive person”. 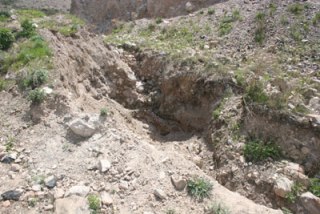 On 15 May 2009, Berberian's body was found in a ditch along the Yerevan-Sevan highway, twenty-five kilometers outside Yerevan, with signs of violence on it. In the police communiqu? issued same day it was stated that ?due to the ongoing investigation the specifics of the crime and the names of the perpetrators cannot be publicized?.

A month later police arrested Petros Temiryan as a suspect in the murder of Nazareth Berberian. Temiryan, 35, an acquaintance of the victim, was charged with suffocating Berberian. According to Ashot Karapetyan, Kentron Division Police Chief, the murder was a case of robbery and not related to business. Temiryan has gone to the businessman?s house with the intent to rob and murder him. He used certain kind of narcotic drug to immobilize him and stole cash and gold from the apartment.

After the murder, Temiryan tried to mislead the police by claiming the businessman has told him he was entertaining guests outside Yerevan and that he does not want anybody to disturb him. After confronting him with the facts, the suspect finally confessed and led the police to the location of the partly decomposed body.

It is believed that Temiryan did not act alone. The victim?s credit card was used after his abduction to make purchases at a known supermarket in Yerevan.

Relatives have doubts that theft was the initial motivation of this murder. Although forensic tests in Armenia had verified the identity of the body, a further DNA test and detailed autopsy were conducted in Los Angeles after the body was returned for burial. The purpose was to determine the actual cause of death and the approximate date of murder. According to the Armenian police, the murder took place in the victim?s apartment on 25 April 2009.

The American FBI is awaiting the findings of the Los Angeles County Coroner?s office. If these findings happen to be far from what the Armenian authorities had claimed, then a further investigation would be carried on.

According to Ara Manoogian, Berberian family's legal representative in Armenia, ?judging by the evidence we have been able to collect up until now, there are strong indicators suggesting a cover-up by the Armenian authorities… We have to work hard to make sure that those who committed this heinous crime don?t get away with it. But if they do, then no Diaspora Armenian doing business in Armenia has a better chance to avoid the same fate.” 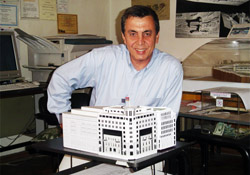 ?Since the police do not want to investigate the possibility that Nazareth was alive during all or part of the 20 days prior to their recovering his body and possibly uncover facts that could lead to who is really behind the murder, they closed the case with their claims of his being murdered in his home on the 25th of April. And their supporting evidence for this claim is the testimony of the person who, the police investigator, Ashot Kostanyan, told me, was beaten to get him to confess to the crime,? added Manoogian.

?Every Armenian who has any connection with Armenia, be they native or Diasporan, has a vested interest to make sure that those who are behind this crime are brought in front of a court of law to answer for their actions, be it direct or indirect involvement in this crime, be it committing or helping to cover it up,? Manoogian warned. ?If justice is not served, then there will be many more such crimes against persons like Nazareth, who was doing what he thought was right, and that was to do his part to help our cultural homeland develop into a democratically civil society and economically strong nation.?

1) Nazaerth Berberian with a background of Armenian countryside scenery.
2) The ditch were the body of Berberian was hidden.
3) Berberian in front of the miniature of hotel Aragats.
4) The hotel in advanced construction phase.