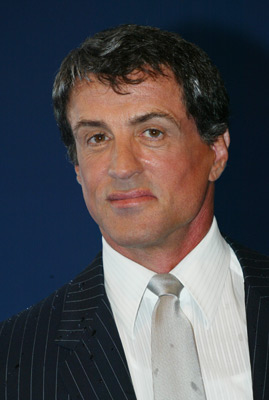 by Alexander G. Rubio
?
I think it's safe to say a man of Sylvester Stallone's means can afford to globetrot with the best of them. But prudence should perhaps dictate that he scratch Turkey off his shortlist of potential vacation spots. As the whole pre-Nobel Prize saga of Orhan Pamuk, and related cases, show, there are certain historical topics that are prone to stir up a bit of… bad blood… in that part of the world – One of them is, of course, the question of the status of the Kurdish population. But chief among them is perhaps the festering sore that is the Armenian genocide.
?
As recent events have shown, it is a question that still provokes deadly conflict. The murder of the Armenian journalist and editor Hrant Dink, who had been the victim of even official persecution, is a glaring example of just how inflamed this topic really is.
?
And this is the hornet's nest Stallone is planning to put his foot to.
?
The star of such movies as, “Rocky“, its recent sequel “Rocky Balboa“, and the decidedly non-pacifist “Rambo” is planning to shoot a movie based on the book “The Forty Days of Musa Dagh” about the Armenian Genocide by the Austrian author Franz Werfel, according to The Denver Post, via Filmstalker.
?
During World War I, as the Ottoman Turkish empire fought Russian forces, some of the Armenian minority in eastern Anatolia sided with the Russians.
?
Turkey took reprisals. On 24 April 1915 it rounded up and killed hundreds of Armenian community leaders.
?
In May 1915, the Armenian minority, two or three million strong, was forcefully deported and marched from the Anatolian borders towards Syria and Mesopotamia (now Iraq). Many died en route.
?
The issue has long been a contentious topic in Turkey, which claims the 1915 events were not genocide, something that has become a bit of a problem in Turkish relations to the European Union, which it hopes to join as a member, due to the European Parliament's decision to recognise as genocide the extermination of around 1.5 million civilian Armenians in Turkey (the Ottoman Empire at the time) in 1915.
?
Late last year, French MPs also passed a bill making it a crime to deny that the Ottoman Turkish empire committed genocide against Armenians, a decision that delighted Armenians and infuriated the Turks.
?
For years Stallone's wanted to create an epic, and the book that intrigues him is Franz Werfel's “The Forty Days of Musa Dagh,” detailing the Turkish genocide of its Armenian community in 1915. (After futile attempts to turn the novel into a movie, filmmakers finally succeeded in 1982, but it was a low-profile production.)
?
French ships eventually rescued some Armenians, and Stallone has his favorite scene memorized: “The French ships come, and they've dropped the ladders and everybody has climbed up the side. The ships sail. The hero, the one who set up the rescue, has fallen asleep, exhausted, behind a rock on the slope above. The camera pulls back, and the ships and the sea are on one side, and there's one lonely figure at the top of the mountain, and the Turks are coming up the mountain by the thousands on the far side.”
?
A pretty great shot.
?
The movie would be “an epic about the complete destruction of a civilization,” Stallone said. Then he laughed at the ambition. “Talk about a political hot potato. The Turks have been killing that subject for 85 years.”
?
And the blow-back has not been slow in coming. UK daily The Independent reports that the plans have attracted the wrath of the Turkish community in Hollywood.
?
A group calling themselves the Association on Struggle Against Armenian Genocide Acknowledgement is targeting Stallone with an angry letters campaign urging him not to make the film.
?
“The book is full of lies, since the author got his information from nationalist and radical Armenians,” says the association's chairman, Savas Egilmez.
?
“We have already sent necessary documents about the mentioned days to the producer of the film. Our allies will urge the producer not to produce this film.”
?
On the eve of the orchestration of his own genocide against the Jews, Hitler took comfort from the fact that such an atrocity could seemingly pass all but unnoticed to the outside world. “Who remembers the Armenians?”, he asked. Well, quite few, and more each day, seems to be the answer.
?
Source: “Bits of News”, 20 January 2007
http://www.bitsofnews.com/content/view/4616/42/