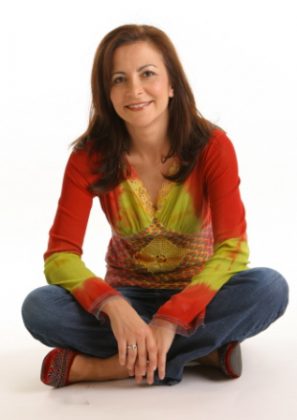 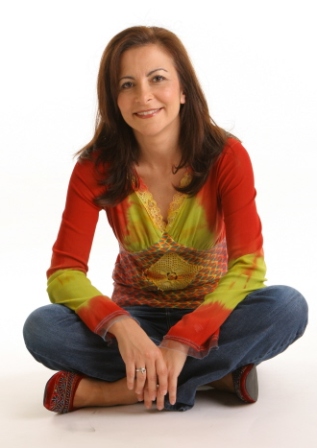 Interview by Sylvia Bourdjian-Matta
?
Ask any child to sing a song then immediately will start with “Hink Pokrig Patigner khaghalu katzin…”.?
?
Every Armenian household owns a CD or DVD of Taline for their children?s sake. I have known some kids who ate their food only while watching Taline singing.? Families with cars definitely own Taline?s CDs so that their children stay entertained while driving.
?
Through her songs Taline was able to enter in to every Armenian home and capture the attention of the children indirectly teaching them songs and lullabies. Through her DVDs, she introduces the children to the Armenian alphabet and emphasizes the importance of keeping the Armenian language and heritage. Your child will certainly enjoy and watch her highly educational and entertaining DVDs over and over again.
?
I had the chance to contact Taline and ask her the following questions:
?
Who is Taline? please introduce us yourself.
I am an Armenian children?s music singer based in Glendale, California. I live with my wonderful family here, with my husband Alex and two daughters, Tamar and Vania ages 11 and 8.
??
Your beginnings….how did you decide to sing for the children?
I think it was fate more than anything else. My husband, Alex is a music producer and I have a BA Degree in Early Childhood Education. I was humming a tune to myself one day and Alex thought I had a good voice. I started taking singing lessons and six months later we went into the studio and recorded “Hink Pokrig Patigner” in July 1993. It was good combination of our Armenian heritage, Alex?s musical talent and my experience as a pre-school teacher. Our first album was very well received. It gave us a great start and it encouraged us to work on other projects. My main success though started with the release of my first DVD “Let?s Sing & Dance” in 2003.
??
What do you want to say through your songs to the Armenian children?
I think my main objective through my songs is to create a positive connection between the new Armenian generation and Armenian language and culture. I think it is important for children to have fun with the Armenian language and feel good about their Armenian heritage. While this may not be communicated very directly in the DVDs, it is the main thing I try to reinforce through music, games and dancing.
??
?
For pre-school aged children who cannot usually express themselves in words, do you depend on parents for feed-back? and do you think that parents are also involved in appreciating your performances or work?
I think the most important thing for us is to see children watch our DVDs again and again. That is the main thing that determines if our work was successful. The reports and emails I receive from parents indicate many pre-school age children watch the DVDs several times a day over a period of many months. Some children watch it 100?s of times! This is how children give us feedback and let us know if they like the DVDs and it is the most important feedback we get. We receive lots of feedback from parents as well from all over the world and all of it is usually very positive.
??
??
Apart from the US, where else did you perform? how many times were you invited to perform in the Middle East countries and where? how was the response of the children there?
In the past few years, I presented concerts in the USA, Canada, Australia and France. Children tend to respond the same way everywhere. We try to have fun and sing and dance together. As far as invitations to visit the Middle East are concerned, I received several verbal invitations to perform in Beirut, Iran and Aleppo but we have not received any concrete offers to date. I unfortunately have not had a chance to visit Beirut since 1982 when my family left. I would love to visit one day because I have many fond memories of my childhood there.
?

Are the Armenian children in Western countries appreciating the Armenian songs or do they ask you to perform in foreign languages? How do you deal in such cases?
My main objective is to enforce the relationship between children and their Armenian language and heritage. That is the primary goal. The fact that we had more than 10,000 people who attended our concerts worldwide in 2006 seems to suggest that there is significant appreciation for the work we are doing. We sometimes include some well known non-Armenian songs in concerts, but only to the extent that they support the success of the overall program.
??
Besides your CDs and DVDs, how can you reach your young audience?
While the DVDs are a great way to reach audiences throughout the world, concerts are another great way of doing so. I think our biggest challenge is in reaching Armenian children and families with the DVD given that we are spread all over the world and many of us do not have strong links with Armenian organizations or Armenian media.
?
?
In the Middle East the pirated DVDs are abundant in Armenian houses; does this make a financial loss for you?
Piracy definitely makes life very difficult for us and for Armenian culture in general. It unfortunately exists everywhere and even in developed countries such as the USA and Canada, and there is little awareness of the significant damage it does to our culture and to our artists. Yes, our company has tremendous financial losses as a result but our children are unfortunately the main losers because of it. My team, I and other artists are unable to produce as many DVDs as children and parents would like to see. Wouldn?t it be wonderful to be able to produce many Armenian DVDs for children every year or perhaps have weekly children?s TV programs in Armenian? We simply cannot have that when there is so much piracy around us. Specifically while perhaps 30-50% of DVDs are pirated in most countries, close to 100% are pirated in the Middle East. One of the reasons we have not been able to visit Middle Eastern countries to this date is piracy and the lack of original DVD sales which we need to financially justify a concert tour. We cannot even justify travelling to countries like Canada and Australia if we do not have financial support from DVD and CD sales. So yes? this is a very big problem that keeps clipping our wings.
?
How do the people see the clothes used in your performances? do they aspire for new costumes? are the costumes used by you inspired from any Armenian folk tales or traditions?
Costumes are really not an area we seriously focus on or try to make a statement with. I did introduce some changes though in the last DVD we produced “Let?s Sing in Armenian”. The main objective is to produce highly entertaining and educational programs in Armenian and to create an image that is colourful and attractive enough for the children to watch again and again. I cannot recall receiving any comments on the costumes we have used in our productions with the exception of the Armenian costumes we used in “Yerkenk Hayeren” which were very popular. I also once received an email form a mother who wanted to find out where I purchased my shoes.
?
How do you overcome the fact that Armenian children need songs in both Western and Eastern languages? do you address to each group with separate set of songs?
This is an interesting question. We Armenians have our many sub-cultures and dialects and you can observe this very clearly when you live in a place like Los Angeles, where immigrants from Armenia, Lebanon, Syria, Iran, Turkey and everywhere else live together. Our goal from the beginning has been to produce programs that respect all Armenians and are for all Armenian children regardless of where they were born. I think it is very important for children to be aware that there are different Armenian accents and dialects other than their own and to respect other Armenians who may speak a slightly different language than they do. We create one program to address all.
? 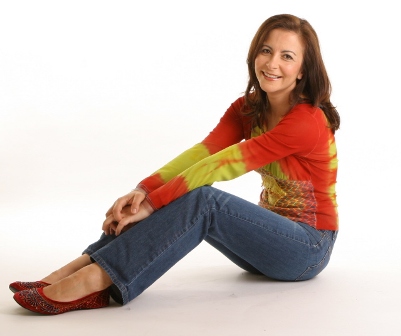 To what level have you succeeded to achieve what you wanted?
In some ways, my career as an artist may have gone a lot farther than I ever imagined it would. My DVDs are viewed by Armenian children throughout the world. I have given concerts in many Armenian communities. I presented a 13 days concert tour of many cities this Christmas that would have been difficult to imagine only a few years ago. I have achieved most of this success thanks to the support I have received from many Armenian organizations in promoting my work and concerts. In the end though, this is not about me but it is about planting seeds of love and respect in our new generation towards our Armenian language and culture. To that extent, I am very proud of what we have accomplished. We have thousands of Armenian children throughout the world, from places like California, Armenia and Beirut to places like Thailand, Chile and Yemen watching Armenian language programs. We only dreamed about this kind of programming in our childhood, but I am happy to be able to offer it to the new generation.
??
Future plans?
We have produced four Armenian DVDs, seven Armenian CDs and one educational Armenian book to date. Our plans for 2007 include mainly concerts in communities I have not visited to date including communities in France, Europe and the USA. I would love to visit and present concerts in Armenia, Lebanon and Middle Eastern countries one day even though it is difficult to plan such projects in the current political environment. I am confident we will be able to make it happen.
?
To stay updated with Taline?s activities or to be informed about her concert tours, please log on to www.talinemusic.com
? 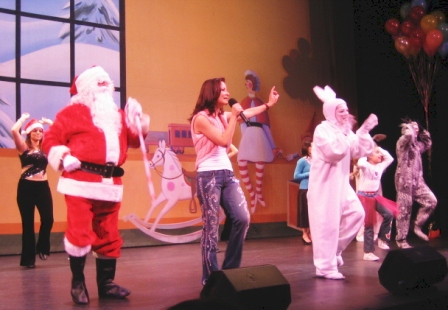