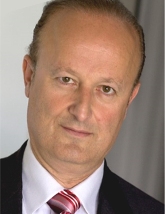 There is no question that Armenia and Armenians have and are going through extraordinary times in rebuilding the Armenian sovereign state.

Many achievements have been registered. But also numerous failures have been committed.

I have conducted a mini survey by contacting several individuals asking them to name both the major achievements and failures in order to empower our people to celebrate the newborn republic?s successes, and to remedy the issues resulting from the succeeding leaders? mistakes. Below is the compilation of the results.

1. Independence from the Soviet rule: Armenia was able to 1) Maintain its strategic alliance with Russia; 2) Attain and sustain national independence for the longest period of time in many centuries; 3) Somehow recover and remerge after the 1987 devastating earthquake; 4) Nurture cordial relations with Iran; friendly relations with Georgia.

2. Stronger military defense both in Armenia and Artsakh. Armenia has the most efficient, combat-ready army in the South Caucasus;

3. Victory in Artsakh War and survival of Dual Turkish and Azerbaijani Blocakades: 1) Armenia was able to liberate Artsakh from the Azerbaijani yoke; 2) Navigate dangerous political waters regarding its relations to its immediate neighbors; 3) Survive the dual Turkish and Azeri blockades. The illegal blockades by Turkey and Azerbaijan have failed to cause lethal damage to Armenia. Armenia has not given in to Turkish threats, and the blockades have been a blessing in disguise ? they have prevented the infiltration of Turks and Turkish influence and control.

4. Economic, Social and Political development ? although modest compared to the potential of Armenians: Armenia was able to 1) Secure economic, political and territorial survival despite being on a war footing for 20+ years at the cost of many sacrifices by its people; 2) Restart the Medzamor nuclear reactor; 3) Maintain a positive and friendly atmosphere toward visitors; 4) Encourage modest repatriation; 5) Improve the business services from that of the Soviet era; 6) Make humble contributions to regional and global peace, stability, and humanitarian assistance (e.g. Haiti and Japan); 7) Exhibit discipline and excellence in the arts and in certain agricultural, education, healthcare, IT and tourism fields;

5. Revival of ecology in Armenia: During the last few years there has been massive participation by the local population in environmental beautification programs benefiting several localities throughout Armenia.

6. Exhibition of Armenian talent on the world stage: Armenia succeeded in achieving successes in 1) International chess tournaments; 2) Artistic competitions; 3) Athletic tournaments and competitions, such as boxing, soccer (much improved record of 50% winning rate at UEFA Euro 2012 Qualifying Phase), and wrestling.

8. Improved quality of life: Utilities have improved compared to 20 years ago. Beggars in streets have been reduced. The quality of education has been enhanced. Many survey participants agree that Armenia has the best community infrastructure (e.g. schools and hospitals) and paved roads in the region.

9. Cultural revival: During much of the last decade the government has launched numerous cultural projects, including the renovation and reopening of the Matenadaran, a world-famous repository of Armenian books and ancient manuscripts. Many emigrant cultural workers have begun to return to the Homeland.

10. Democracy: Armenia was able to appear to have some semblance of democracy regarding elections of government officials.

1. Corruption and crony capitalism. Armenia continued to: 1) Suffer from corruption of government officials, and persistent practice of crony capitalism ? several officials, including active members of the Parliament are still active factory owners, major businessmen creating blatant conflict-of-interest cases; 2) Lag behind both politically and socially because of the fact that many leaders, major parties, and opposition circles care less about the people and are more preoccupied by the protection of their positions; control of the economy by oligarchs is yet another reason. The 1991-1998 ill-fated and grossly mismanaged privatization program under Pres. Ter-Petrossyan enabled the oligarchs to ?legally? misappropriate landmark properties and working factories for pennies on the dollar. It was during that time that the industrial sector sustained irreparable damage, and many villagers were ?granted? land ownership but were left without state-sponsored support. They ultimately lost all their possessions and left the country en mass. Over one million citizens left Armenia.

2. Lack of Effective Foreign Policy: Armenia has: 1) Failed in developing an effective foreign policy guided by Pan-Armenian Orientation and backed by a specific doctrine ? the lack of the orientation and doctrine resulted in the disastrous Turkish-imposed Protocols; 2) Negotiated the infamous and ultimately damaging Turkish Protocols, which have also divided our people in so many ways; 3) Failed to put forth a robust public case to the international community for Artsakh?s independence; 4) Offered mostly lousy foreign service by appointing a number of ?dull-as-dishwater foreign ministers and diplomats? who mostly lacked both charisma and clarity of message;

4. Dismal efforts in repatriation. Armenia failed to: 1) Give motivated Armenians of the Homeland and the Diaspora a corruption- and retaliation-free atmosphere for increased productivity; 2) Protect Homeland and Diaspora investors from local corrupt officials and oligarchs;

6. Moral decadence: For most of the first decade of independence, the Armenian man lost his value and therefore began leaving the country in sizeable numbers, lamenting the perpetuation of a dishonest Soviet mindset from the old days. In the First Republic of 1918-20, Armenians selflessly created an independent nation by fighting for it, but today?s generation of selfish oligarchic leaders may surrender the Armenian nationhood through back-room deals. The terrible public image of corruption among Armenians was amplified by poor quality and immoral TV series? spreading criminal values that negatively influence the new generation. Armenia also suffered from: 1) Erosion of prestige among vast circles of patriotic Armenians for attempting to change the national anthem; 2) Sadistic hazing in military; 3) Cozying up to denialist Turkey by Armenian oligarchs who can care less about moral principles;

7.  Ecological disaster: During the first half of the first decade, apathetic leaders of Armenia inflicted the country and the populace with environmental neglect and outright sabotage. Armenia suffered from lack of sufficient infrastructure investment (water, roads, rail); and from national deforestation and environmental fallout from excessive and unprotected mining.

8. Mistreating the Armenian Diaspora: Armenia: 1) Was unable to bring Diasporan Armenians into full partnership; 2) Made poor efforts in integrating with the Diaspora; 3) Failed in conducting more trade with Iran through the help of Iranian Armenians; 4) Failed to effectively coordinate with the vast and influential Diaspora ? a jewel that most countries would be glad to have; 5) Failed to bring the Diaspora fully into the life of Armenia to benefit the latter ? this is a lost opportunity and there is no excuse for it. 6) Managed to alienate large segments of the Diaspora; 7) Failed to grant citizenship on easy terms to nonresident Diasporans in order to create a sense of ownership;  Failed to use the Diaspora comparably to how Israel used the Jewish Diaspora to advocate, re-settle, finance, etc.; 9) Failed to encourage Diasporan investment; 10) Lacked the will to recruit Diasporan youths for military reserve training (Many survey participants wrote that ?the Diaspora Ministry is a failed project and that the Ministry should be headed by a Diasporan.?); 11) Preferred to use the Diaspora as a ?milking cow? or a ?cash machine? without tapping into Disapora?s power, intellect, wisdom, and experience and numerous other resources.

9. Dismal population growth as a direct result of: 1) Low birth rate and failure to stem an outflow of people and their talent; 2) Failure to repopulate liberated territories; 3) People being unable to make a living on the land, therefore leaving the land; 4) Failure to institute an aggressive repatriation program.

10. Armenia as a government and a civil society was unable to provide justice to all its citizens. The impoverishment of too many people occurred. Armenia also sustained an outflow of scientists direly needed for a future strong defense industry.  Large chunks of contributions from the Diaspora were used to build churches, schools, and hospitals instead of re-opening factories. Armenia continues to lack a bottom-up, inclusive political culture that is based on the competition of ideas, merit, innovation and professionalism and not on personalities, connections, revenge attacks, kowtowing to global power interests and keeping the least passionate and older generations in power.