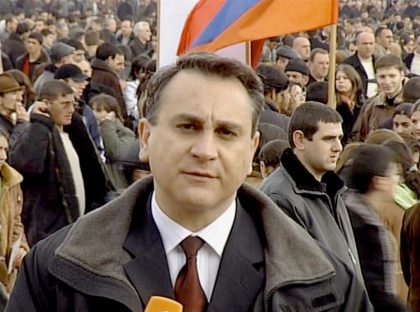 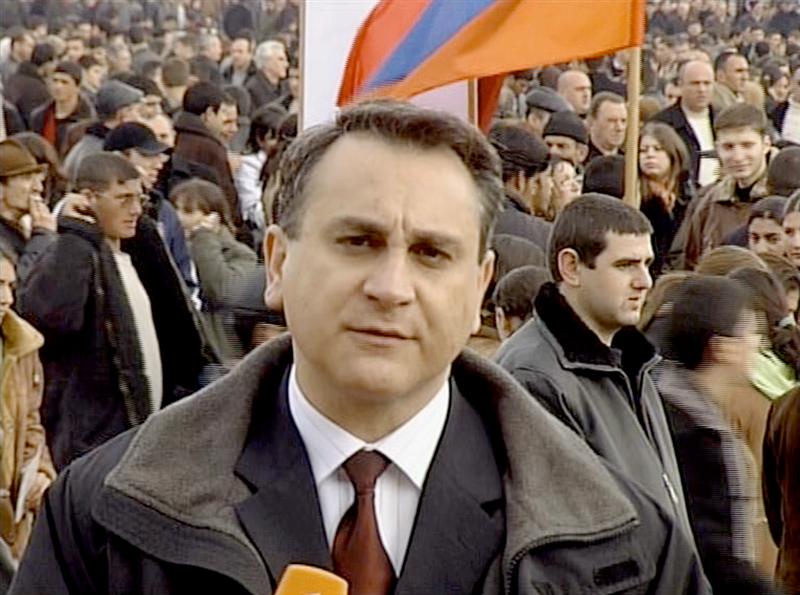 … a neighborhood in a suburb of Kolkata, India, where a tall, pristine white stone wall separates the grounds of a sparkling Armenian church from a modern-day slum and its poverty, smells, refuse, rabid dogs, and noisy rickshaws.

Security guards kept the native neighbors at bay as our group of tourists entered and exited the church grounds. We were there a year ago today, a group of Armenians from around the world making a pilgrimage to India on the 300th anniversary of the founding of one of the Armenian churches in Kolkata.

My stories of the journey and India are on the Internet, so there is no sense in repeating Indian-Armenian history or reality. Why I write this column is to convey abstract premonitions after my nearly-month-long journey to the once-thriving Armenian community there.

While the Mother See of Holy Etchmiadzin has done a remarkable job of keeping our Indian-Armenian churches, schools, centers, and senior home functioning, the once-thriving community has dwindled in size. Armenians began leaving India after British merchants – backed by the Empire's banks – began to eat away at the prosperous businesses they had established under the directive of the Persian Shah Abass.

Dwindling profits and opportunities in better places like Australia and the Americas initiated the decrease of the Armenian population in India. A traveler today will find a beautiful and hospitable Armenian community in various parts of India. They will also find far-away churches that go unused, forgotten cemeteries that are visited once every six months, and markers that record the history of a once-super-sized and now-downsized Armenian community.

Next Stop, the Twilight Zone A few days after the 300th anniversary of the St. Nazareth Church at the Taj Bengal Hotel, and a few days before the mass murders of tourists on the streets of India, I left Kolkata to embark on the longest journey I've ever taken in my life. It was the third week of November of 2008, and my journey began with an hour-long drive to the airport through frenzied freeways where no one follows traffic laws. There was a two-hour wait in a humid, fly and mosquito-infested airport and a three-hour flight to Delhi. After six-hours at the Delhi airport, there was an eight-hour flight to London, another four hours in London, and another half-day flying across the Atlantic to Los Angeles.

Standing outside Tom Bradley terminal at LAX, listening to the whistles of traffic cops, the commotion of the cars, smelling the disgusting vapors of the buses, I flashed forward and realized how possible it would be for a group of Armenian pilgrims to be waiting for their tour bus in the year 2308.

These tourists would be arriving for their pilgrimage if our country's corporations, politicians, and citizens keep on the apocalyptic path they've been on for nearly a decade – a path of wars, fear-mongering, fraud, and a path of ignoring the needs of the general public.

I imagine if the rich and powerful in rich and powerful nations ignore and abuse the masses, once-thriving nations become catastrophic societies boiling over with poverty, ethnic and religious gangs, lawlessness, and failing social systems. The Armenians pilgrims would arrive from an elsewhere they would have escaped to if our modern-day America becomes a place with an economy so out-of control that our government could not feed, clothe, shelter, educate, and employ its citizenry. Instead of humans evolving to higher, more soulful creators, they would become dehumanized, banal, and useless forms of life.

In the apocalyptic America of 2308, the Armenian tourists would come from a newer economy, from a society of abundance, from a future elsewhere. They would arrive by ship from the Chinese province of Hawaii, crossing the Great Ocean of the People's Republic. They would come to see where their forebears lived and made history in what would in the future be the United States of Mexico.

The pilgrims would pile into an air conditioned bus and drive through thick clouds of smog, eastbound on pot-holed avenues like Wilshire and Santa Monica. Freeways would be dismantled by then, fallen into ill-repair or destroyed in turf wars. Entire portions of the city would be abandoned or flooded by the L.A. River whose concrete walls would have fallen apart letting nature control the flow of water in our basin.

The bus would have to maneuver past cattle and donkeys, past hawkers selling fragments of sidewalks from the Walk of Fame and pieces of the Hollywood sign. The bus would have to get past abandoned cars, bricks from fallen buildings, and drive through gravel or dirt roads to make its way to our old churches in Hollywood or Montebello.  The visitors would tour our school campuses in Orange County and Pasadena, marvel at how well-kept they are by the Holy See, and wonder why Armenians had settled in the Americas, in this flooded and broken down Babylon.

Hispanic-Armenians would entertain the visitors with images downloaded to the visitors' hand-held computing and communication devices. These images, sights and sounds, would be from school video yearbooks and parades and dinner-dances.

The remaining Armenians of the Americas would recount for the visitors the days when Armenian basketball teams were crowned regional champions. They would talk about how Armenians ran the Hollywood studios, the casinos, and the military-industrial businesses that had eventually caused the failure of the most powerful nation in the
world.

They would gleefully talk about the Kardashian Clan and how it ruled the sex and fashion industries while the Cult of the Partamians used comedy to battle the Kardashians in their individuals quests for ideological and TV ratings rule of the diaspora during the democracy-through-television era entertainment wars between Armenians.

The tour guide in 2308 would even make arrangements for the visitors to take smaller off-road vehicles on a day-long journey into the mountains of Southern California, where the tourists would see the camps where Armenian children spent summers before the devastating fires that burnt all vegetation away.

Starbucks fix at the grove

Before the doomsday scenarios had a chance to ferment in my mind, my friend Arsen who had picked me up from LAX suggested we stop at the Grove and get some coffee in me. With the first sip of caffeine, the scenarios of a doomed L.A. disappeared but the premonition of what could happen to the American-Armenian community and to our beloved America have stayed in my mind for the past year.

In India 300 years ago, the visionaries dreamt of returning one day to their beloved and mythical Armenia, their ancestral birthplace. They wrote volumes about an independent Homeland, where all citizens were equals. They sang songs about Ararat and about their historic culture of heroes. They did as we do now and as our remnant communities will do in 300 years.

A year ago, I deplaned from a jetliner, half-asleep, seeing the chaos around LAX, and imagined they were the same as the sights and sounds from the rat-infested, decrepit railroad station in Kolkata. I imagined other diasporan communities being abandoned by our people as we made our way to newer economies and newer nations with better opportunities. I imagined Armenians taking their children away from civil or foreign wars, from poverty, and from crime and chaos. I imagined Armenians landing and making a community in more hospitable lands, where the survival of our identity would be ensured. I also imagined our footprint in Southern California resembling the disappearing footprint of the Armenian community in India.

A year ago, I deplaned ready to rent a tux and raise money on Thanksgiving to build infrastructure in the independent and liberated homelands, knowing that while diasporan communities come and go, our focus will always be the Homeland.

Even though I will not be asking you for your donations this Thanksgiving, I ask you to always connect your identity, existence, and essence to that place you may today love or hate, that place which is your ancestral birthplace and your grand children's final destination.

Connect your identity to our Homeland and do what must be done to ensure its survival not only for the next 300 years, but for another 3000 years.

And three apples fell from heaven: one for the storyteller, one for him who made him tell it, and one for you the reader.