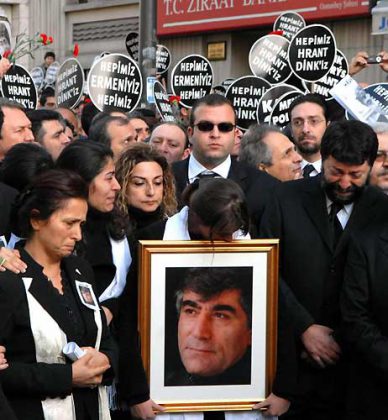 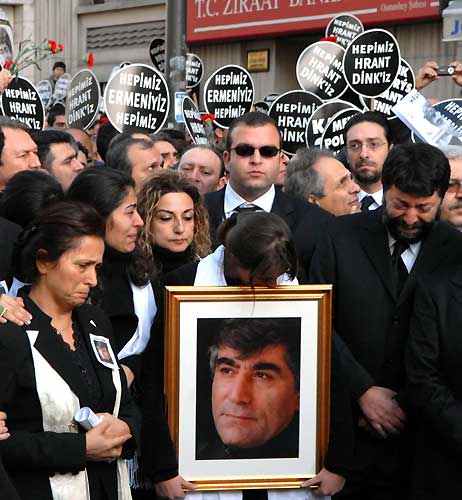 Dink was the editor of the Armenian/ Turkish-language weekly newspaper Agos. He was known for speaking out against the Armenian genocide by the Turkish Ottoman Empire early in the last century and for being in trouble with the law because of his remarks about that topic.

Dink was murdered at the door of his newspaper. Just over a year ago, he was convicted under Turkey's notorious law 301 of “anti-Turkishness,” a charge he denied even after he received a six-month suspended sentence from a Turkish court.

Dink's murder brings to light a problem that many so-called modern states suffer from. This illness can be described as a zero-tolerance policy for diversity.

It is ironic that in an effort to mimic the European model of nation-state, the founders of Republic of Turkey have actually chosen a path that now seems archaic and outdated. Whereas the European nation-states were born out of centuries of evolution, Turkey was established on a land that still contained a variety of ethnic groups who probably had more historic claims to the territory than Turks themselves. And instead of opting for a multi-ethic state with a democratic structure, the founders of modern Turkey chose the path of distorting their reality to fit their narrow nationalist ideology.

Within this framework, it is not difficult to see why the slogan of “Turkey for Turks” still has strong resonance in Turkish society.

The denial of the Armenian genocide also fits this model well. If Turkey is a natural nation-state for Turks, then it makes sense to argue that Armenians never existed on those lands. And the only logical way this argument can be advanced is by defending the theory that the Armenian genocide never occurred.

In the same vein, it is not difficult to see why for decades the Turkish state apparatus has denied the existence of millions of Kurds on its territory, referring to them as just “Mountain Turks.”

With the defeat of Nazism and the collapse of the Soviet Union, Turkey remains one of the few states with a distinct state ideology. Where there is ideology, there is always justification to commit crimes against citizens.

Dink told reporters in 2005 that his case had arisen from how he felt when at primary school he had to take a traditional Turkish oath: “I am a Turk, I am honest, I am hard-working.” During his defense Dink had said: “I was a Turkish citizen but an Armenian and that even though I was honest and hard-working, I was not a Turk, I was an Armenian.” He also did not like a line in the Turkish national anthem that refers to “my heroic race.” He did not like singing that line and said, “Because I was against using the word 'race,' which leads to discrimination.”

The condemnation of Dink's murder has been unanimous.

Turkish Prime Minister Erdogan recently said, “The dark hands that killed him will be found and punished.”

Two suspects have been arrested for the murder of the journalist. As an Armenian-American I should applaud the swift arrests.

But despite all the Armenian nationalist propaganda fed to us from a young age as a reaction to the horrendous crimes committed against our grandparents, I cannot believe Turkish people are any more prone to violence than any other. Yet, the existence of a nationalist state policy is always a constant catalyst for hate. Feed young people with the right ideology, they will do ugly things.

I have no doubt that the two suspects will be given a harsh sentence, especially at a time when Turkey is trying to improve its image in Europe. And I will not be surprised if the two are to become scapegoats for the policies that have created the atmosphere for murder.

“The dark hands” that killed Dink are attached to the Turkish state ideology. As long as Turkey remains a state with a nationalist ideology, we should not be surprised by the existence of people who actually believe they are doing their nation a favor by spreading hate and violence.

Erdogan and his friends should take some responsibly for this tragedy.

Dink's murder is a sad reminder to all of us that in a society where there is no tolerance of diversity, in a state where differences between citizens are not appreciated, in a nation where there is only one narrow definition of being a patriot, in a place where being a member of a certain race is a precondition for acceptance, ugly things happen.

Patrick Azadian lives and works in Glendale, California and can be reached at [email protected]

Photo: Relatives mourn the death of Hrant Dink during the funeral (23 January 2007)