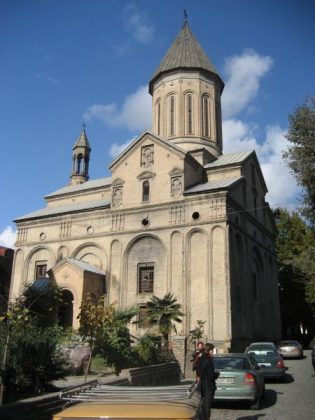 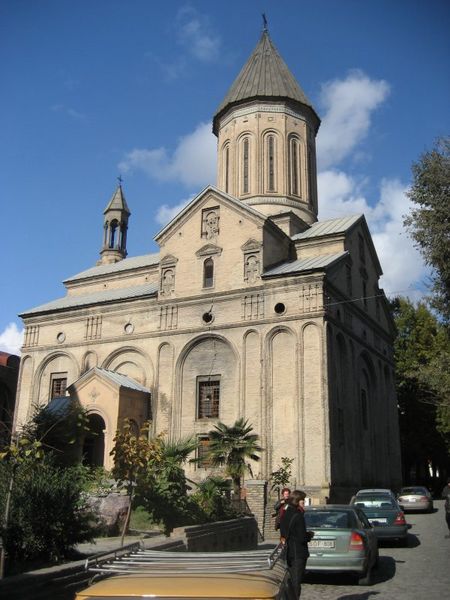 Alarmed on the recent developments around the Norashen Armenian church in Tbilisi, Georgia, Yerkir Union has prepared an appeal addressed to the international community.

On May 29, 2008, letters containing appeal were delivered to the state bodies of Georgia (President, Prime Minister, Chairman of the Parliament, State Minister for the Reintegration Issues, Minister of Foreign Affairs, Minister of Education and Science, Minister of Internal Affairs, Minister of Culture, Monument Protection and Sport), Catholicos-Patriarch of All Georgia, human rights defender of Georgia, embassies of European Union, France, Germany, Italy, Russia, Swiss Confederation, United Kingdom, USA, Vatican, representations of the Council of Europe in Georgia, United Nations, OSCE, human rights organizations and NGO's operating in Georgia. Below are parts of the text of the appeal.

To All International Organizations, Embassies and Other Concerned Structures and Persons Operating in Georgia

Although Georgia has joined and ratified numerous international documents on freedom of thought, conscience and religion, the situation regarding the protection of religious rights of minorities is distressing. In comparison with the Georgian Orthodox Church, other religious confessions, and, particularly, Armenian Apostolic and Roman Catholic Churches (AAC and RCC respectively) in Georgia continually suffer from discrimination: they do not have a status of public legal entity, their churches, nationalized by the Soviet regime, 17 years after the destruction of the Soviet Union still remain unreturned to their legitimate owners.

Numerous international organizations, human rights institutes are acknowledging the legitimacy of these religious claims and continually recommending the Georgian government to solve these issues.

In spite of all these recommendations and appeals, the Georgian Government continues its discriminatory policy, the apparent manifestation of which is the recent crisis over the Norashen Armenian Church in Tbilisi. Father Tariel Sikinchelashvili, a senior priest of the Georgian Orthodox Church, has initiated construction works on the immediate proximity of Norashen and temporarily halted them down after the insistence and public protests of the Armenian community.

To clarify the situation, on 21-22 May 2008, the fact finding group of Yerkir Union has visited Tbilisi. During the interview with Father Tariel we have found out that the construction works he was carrying were authorized by the municipality of Tbilisi. In the attached DVD disc, you can find the following:

1. Permission of construction works given by the municipality of Tbilisi.
2. Georgian ombudsman's statement affirming that Georgian authorities do nothing to implement international recommendations.
3. Documentary shots showing that construction works are still in progress.

To get online version of the film, please visit: http://www.youtube.com/watch?v=om1GzTHuJ5Q

Taking into consideration the above mentioned facts, Yerkir Union calls upon the UN, EU, OSCE and Council of Europe appropriate structures and all concerned international organizations and human rights bodies to take immediate and direct measures for solving all ethnic minority rights issues in Georgia and above all facilitating the registration of the AAC, the RCC and return all confiscated places of worship to their legitimate owners.