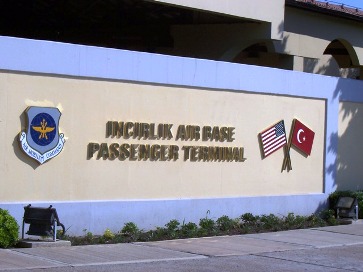 Over the years, Armenians have gradually shifted their attention from the recognition of the Genocide to the pursuit of legal remedies for their massive losses suffered between 1915 and 1923.

Several lawsuits have been filed recently in U.S. Federal Courts against Western insurance companies and banks. In July, Armenian-American attorneys sued the Republic of Turkey and its two major banks, seeking compensation for confiscated properties and loss of income.

A new federal lawsuit was filed last week by attorneys Vartkes Yeghiayan, Kathryn Lee Boyd and David Schwarcz, along with international law expert Michael Bazyler, against the Republic of Turkey, the Central Bank, and Ziraat Bank for ?unlawful expropriation and unjust enrichment.? The plaintiffs are Los Angeles-area residents Rita Mahdessian and Anais Haroutunian, and Alex Bakalian of Washington, D.C.

The three Armenian-Americans, who have deeds proving ownership of properties stolen from their families during the Genocide, are seeking compensation for 122 acres of land in the Adana region. The strategic Incirlik U.S. Air Base is partly located on their property.

During the Genocide, the Turkish government initially placed all properties belonging to Armenian victims under seal. Subsequently, it directed the Ziraat Bank to hold all proceeds from the sale of seized properties in trust and for safekeeping on behalf of the Armenian owners. These properties were then transferred to the Turkish Treasury and placed under the administration of the Central Bank. The lawsuit accuses the Republic of Turkey, the Central Bank and Ziraat Bank of unfairly benefiting from the plaintiffs? seized assets.

The three Turkish defendants are currently engaged in commercial activities in the United States which grants jurisdiction to U.S. courts. The Republic of Turkey operates several state-owned or controlled enterprises in the U.S., such as the Turkish Airlines and Tourism Information Office. Both the Central Bank and Ziraat Bank also have offices in the United States.

In addition to seizing the Armenian plaintiffs? property, the Turkish government has pocketed the rent paid by the United States for the Incirlik Air Base during the past 60 years. The base is operated by the Army and Air Force Exchange Service — a U.S. Department of Defense entity. Several major American corporations, such as Baskin Robbins, Taco Bell, Pizza Hut, Starbucks, and AT&T transact business and provide services on the base for U.S. troops. These companies have also been profiting from Armenian-owned lands for many years.

The lawsuit claims that the plaintiffs “are suffering harm from the loss of use and proceeds from their property.? Turkey and its Central Bank?s “continued unlawful use of the property causes a direct effect in the United States because a U.S. commercial entity pays money” to Turkey to lease the Incirlik Air Base and “is engaged in a long-term business arrangement with defendants?.”

The lawsuit also states that the “plaintiffs? action is additionally based upon their rights in property unlawfully expropriated by defendant Turkey in violation of international law, pursuant to a Turkish campaign of genocide?. International law prohibits the taking of property when it is done in a discriminatory way or pursuant to gross violations of human rights. Plaintiffs? property was taken pursuant to the genocidal campaign of the Ottoman Turkish Empire to destroy, in whole or in part, Armenian Christians in Turkey.”

The plaintiffs assert that after the Genocide, the Turkish government transferred Armenian-owned “businesses, factories, shops, farms, and all other economic enterprises into Turkish Muslim ownership,” Yet, the most shocking charge is the accusation that the Turkish authorities used “the proceeds derived from the sale of Armenian property to fund their deportation.” It is noteworthy that beyond depriving Armenians of their lives and property during the Genocide, Turkish authorities strictly forbade the survivors from reclaiming their properties, by stamping their passports “Return prohibited.”

The Armenian-American plaintiffs estimate the current value of the property seized from their families to be $63.9 million, since their land constitutes 3.7% of the $1.7 billion ?plant replacement value? of the Incirlik Air Base, according to the latest U.S. Defense Department data. The plaintiffs are demanding the current fair market value of their property as well as the accrued rental for the past 60 years, possibly totaling hundreds of millions of dollars. This lawsuit does not include the value of other Armenian properties in Incirlik, including a church and school.

In the coming months, several other lawsuits are expected to be filed in U.S. courts against the Turkish government and other Turkish entities, including a claim for the Turkish Presidential Palace in Ankara, which is located on land owned by the Kassabian family.

Source: Sassounian's column of 23 December 2010 in The California Courier
https://www.azad-hye.com/wp-content/uploads/2018/10/incirlik-air-base.jpg

Three descendants of Armenians who lost their property in the collapse of the Ottoman Empire filed a lawsuit Wednesday against the Turkish government and two Turkish banks for restitution of more than $63 million for acreage that includes the strategic Incirlik Air Base used by the U.S. military.

The lawsuit was filed by attorney Vartkes Yeghiayan, whose wife is one of the plaintiffs and claims to have documents showing her ancestor, a wealthy Armenian landowner, was forced to flee Turkey with his family in 1915, leaving behind his home, farmland, store and insurance business.

The lawsuit was filed well after business hours in Ankara, the capital of Turkey, and efforts to get immediate comment were not successful.

Hakan Tekin, the Turkish consul general in Los Angeles, said he and attorneys at the Turkish embassy in Washington, D.C., couldn't comment on the lawsuit because they haven't seen it yet. “In principle, we believe that these issues have been long resolved and such legal actions are counterproductive,” he said.

The current suit is different because it names the Turkish government and two of Turkey's largest and oldest banks rather than privately held corporations. Banks named in the suit are the Central Bank of the Republic of Turkey and T.C. Ziraat Bankasi. The lawsuit involves about 122.5 acres of property located in the Adana region of Turkey with an estimated value of $63.9 million.

Attorney Michael Bazyler, a legal expert on genocide litigation and a professor at Chapman University, said the way was cleared for the lawsuit last week, when the U.S. 9th Circuit Court of Appeals reversed itself and said the heirs of Armenians killed in the Turkish Ottoman Empire can seek payment from companies that sold life insurance to their relatives.

The 44-page lawsuit sets out facts of how the properties were seized and how the ancestors of the litigants were “scattered throughout the world as refugees.”

“During and after World War I, the families of each of the plaintiffs were forced to flee the Ottoman Turkish Empire modern-day Turkey leaving behind murdered family members and all of their movable and immovable property,” the lawsuit says.

Explaining the nearly century-long delay in filing suit, it says, “It was impossible for plaintiffs' predecessors to seek compensation for their stolen property or focus on anything but rebuilding their lives.”

The lawsuit said Turkey profited from the land, renting the air base to the U.S. for use as a vital hub supporting the wars in Iraq and Afghanistan and humanitarian missions throughout Europe, the Middle East and Central Asia.