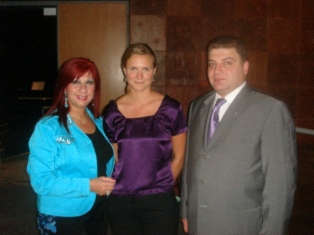 “An Evening of Chamber Music” in aid of Zatik Orphanage in Yerevan was a memorable event. The fundraising concert was the idea of Clarissa Payne, the instrumental tutor of the British School Al-Khubairat in Abu Dhabi (United Arab Emirates). The concert aimed at raising money to meet the cost of the coming year's pastoral and academic needs of the orphanage.

Azad-Hye asked Clarissa Payne about the fundraising experience and other related issues:

Was it easy to organize such event? Were you involved also in inviting people to attend the event or just organizational part?
It was fairly easy to organise. I was in a good position to do it as I work in the school and could have free use of the theatre, photocopying facilities etc. Therefore the overheads were zero. All but one of the musicians are my colleagues at the school, and we all play together anyway, so again, arranging reahearsals etc. was not too much of a problem. My colleagues in other departments were also very helpful in the stage management and preparation.

Was the number of the people who attended the event satisfying?
I invited as many people as I could think of – I sent a circular to the members of the orchestra in Abu Dhabi I played with, and the orchestra in Dubai some of the other musicians play in. I advertised at the Alliance Francaise and also at the Cultural Foundation. “TimeOut Abu Dhabi” magazine and “Gulf News” Dubai daily ran pre-event stories, as did the “expatwoman” website. The internet was very useful, as I found Azad-Hye and Mrs. Gulizar Jonian. I advertised within the school, and told all my own students about Zatik and the concert. Some teachers also mentioned it in their classes and in assemblies. The concert was mentioned in the school newsletter and also in a letter to all music students. On the night, quite a few staff members attended. I estimate we had about 60 in the audience, which I was very pleased with.

How far did you achieve your fundraising target ?
About AED 9000 (US$ 2.500) was raised on the actual night. There's hopefully still a bit more to come, as some people came to see me before the concert with a donation and an an apology that they couldn't make it! Also, there is still time for people to donate. There were quite a few Armenians there, including the Ambassador of Armenia. The Embassy made a very large donation.

Do you think a similar event could be organized for the same institution in the future?
I'm sure it would be possible to organise another event in the future. I am actually leaving the UAE at the end of the month, but my colleagues often put on concerts – perhaps one of them could be a fundraiser. I think there are some Armenian musicians in Abu Dhabi, perhaps they could get involved.  Don't hesitate to contact me next year as I will be happy to help from afar! As I'm leaving, I was hoping that this could be the start of longer-term connections rather than just a one-off. Gulizar Jonian will be taking the money over at the end of the month directly to Armenia (so we can avoid comission etc.). On the night, I met Socrates Arakelyan, who is setting up a foundation to help children in Armenia. So this does seem to be happening, which I am very pleased about.

What lessons did you learn from this event?
The whole event just seemed like a logical thing to do. I've been to Armenia a couple of times and met these children and learnt a little bit about their needs, I am a musician and I know other musicians, I work in a school with good facilities for a concert, a lot of people in the UAE have money to spare… so it struck me as a matter of joining the dots. 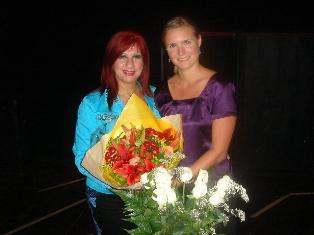 Azad-Hye met with Gulizar Jonian who had a supportive role in achieving the charity goals.

What were the problems facing the fundraising?
As we didn't have any concert tickets to sell and I knew that many people might be busy on a Thursday night to attend but will consider donating for a charity, I thought I will ask my friends to make their pledge and give their donations to me before or after the concert. As a result we had sizable funds before the concert date. All these people received a written thank you / receipt letters from Clarissa.

Do you think the community can undertake the organization of similar events in the future?
Yes, the community can definitely organize similar events, we only need a few dedicated individuals with a clear and transparent agenda to form a committee and work methodically. Also, we should not limit our efforts to the Armenian community members only. Let's not forget that in the UAE, we are blessed with a vibrant multicultural community willing to contribute if approached professionally and in the right way. 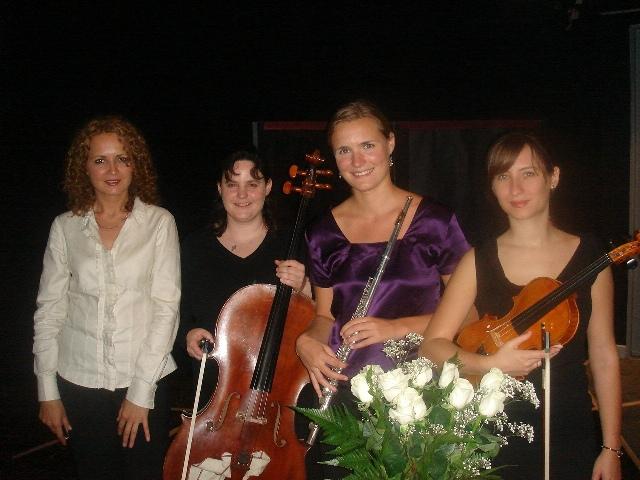 Newer PostBirthright Armenia piloting programs in Gyumri
Older PostDr. Henry Astarjian recounts past as both a child and prisoner of Iraq