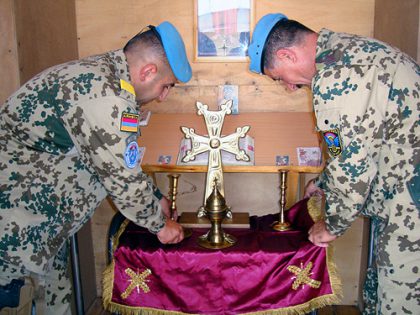 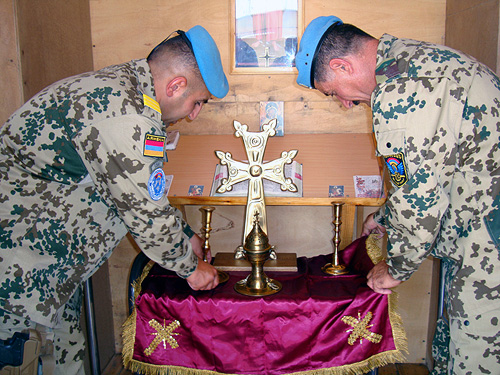 On 24 July 2010 His Grace Bishop Vertanes Abrahamian, Head Chaplain of the Republic of Armenia Armed Forces left for the Islamic Republic of Afghanistan with a delegation led by Minister of Defence Seyran Ohanian.

His Grace conveyed the blessings of His Holiness Karekin II, the Supreme Patriarch and Catholicos of All Armenians, to the soldiers.

Holy Etchmiadzin furnished the newly-built chapel with the necessary vessels and sacred objects. 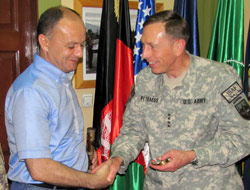 Minister Ohanian attended the ceremony of the consecration of the Armenian chapel in the location of the peacekeeping unit.

In the frames of the visit Minister Ohanian met commander of the ISAF Afghanistan, general David Petreus and high ranking military officers in the region of Kunduz. During the meetings the sides discussed the security environment of Afghanistan and the region.