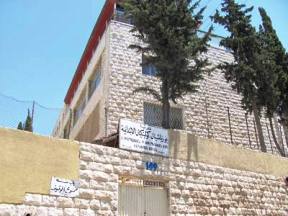 AMMAN – The Armenian neighbourhood in Ashrafiyeh is one of the oldest areas in modern Amman and a window into the lives of generations of Armenians.

The story of the Kingdom's Armenian society began 95 years ago, when they first moved from Armenia to Jordan. Between 1915 and 1920, they began settling in different parts of the country such as Maan, Karak, Ruseifa and Amman, according to retired Armenian language teacher Jirair Harutiun.

The 74-year-old Harutiun told The Jordan Times that by 1928, most of the Armenians lived in the capital. The first 100 families stayed in Saqf Al Seil and Jabal Natheef areas, where they established the Hetumian School in 1933.

“The abundance of water in Saqf Al Seil was the main reason that attracted us to this area,” the former teacher, a father of three and grandfather of five, explained

In 1948, when Harutiun was 13, he was one of 800 Armenian families who moved from Palestine to Amman, where they settled in the Mosdar area.

Most Armenians, Harutiun indicated, spent their early history in Jordan as farmers. During the 1940s and 1950s, he said, they went to the south of the Jordan Valley to farm, staying there in the winter and returning to Amman in the summer.

Also, he pointed out, the Armenian community was not in need of local doctors or the folk medicine that was popular in Amman during the 1940s and 1950s, since most of them turned to Armenian doctors who had learned the profession in their homeland.

In 1957, most of the Armenians moved from downtown Amman to their current neighbourhood in Ashrafiyeh in east Amman, Harutiun said.

The former teacher noted that the Armenians who came to Ashrafiyeh in the 1950s built their own houses, unlike other communities that tended to rely on Druze architects and labourers.

Armenian society is known for producing skillful craftsmen, Lepedjian said, noting that Jordan?s Armenians have made their mark on many professions such as photography and goldsmithing.

According to Lepedjian, the first professional photographer in Jordan was Hagop Berberian, who was the palace?s photographer during the 1920s, while another Armenian, Khachaturian, was the private driver for King Abdullah I.

Armenian women, too, joined the Kingdom?s labour force and became famous for sewing, Um Banous, a lifelong resident of the neighbourhood, told The Jordan Times.

The 87-year-old noted that Zarouk Peltekian used to be one of the most famous tailors in Amman, and her skill brought her countless customers from different walks of life.

Um Banous, who has lived through the reigns of four kings, described the neighbourhood as a fountain of memories. She indicated that most Armenians used to gather in one of the two Armenian clubs to enjoy their leisure time by talking with each other or playing games.

Harutiun, who taught Um Banous? children the Armenian language at the Yuzbashian School, explained that most of the community?s meetings and weddings have taken place in these clubs.

The neighbourhood?s character was different in the past from what it is today, according to residents.

Hanna Dababneh, one of the area?s inhabitants, said that Doukan Rasm Ramhi, a grocery store built during the 1960s, was an important store for people in the area, as it not only sold essential foodstuffs, but also provided postal services.

Today, according to Harutiun, some Armenians have left the neighbourhood either for west Amman, or to live outside Jordan.

Harutiun himself now lives in Shmeisani, but said he still misses his old neighbourhood.

?This area is where I spent the best times of my life,? he said.

Photo: The 47-year-old Yuzbashian School in east Amman's Armenian neighbourhood has played a key role in preserving the Armenian language and heritage (Photo by Muath Freij)

Armenian School and Organisations in Amman