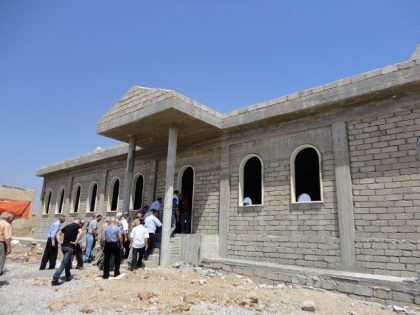 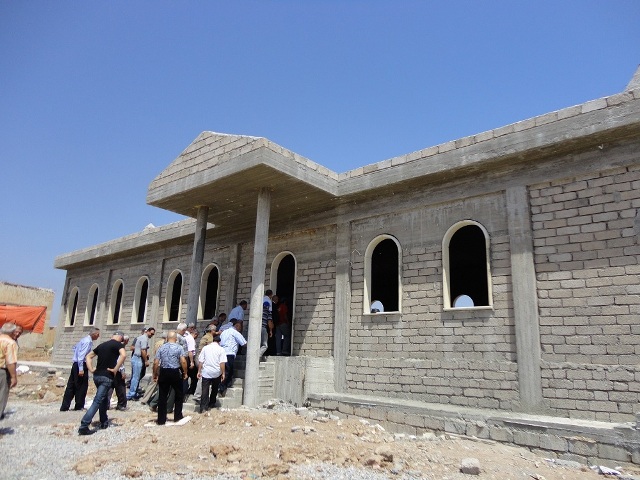 From 01-08 August 2011 His Eminence Archbishop Avak Asadourian, Primate of the Armenian Diocese of Iraq, paid a pastoral visit to the autonomous region of Kurdistan in Northern Iraq, mainly to inspect the work of the new Church which is being built in the village of Havresk (Hye Vrej / Հայ Վրէժ) in the province of Duhok.

On Thursday 04 August 2011, Archbishop Asadourian met with the residents of the village in the “Levon Pasha” hall. During the meeting His Eminence listened to the complaints of the villagers and offered some solutions.

His Eminence also visited the Armenian Communities of Erbil and Duhok cities in a non-official capacity. On Friday 05 August 2011 he delivered the sermon during the Divine Liturgy celebrated in the St. Nersess Shenorhali Armenian Church in Duhok city.

Because of rampant insecurity especially in Baghdad and Mosul cities since 2003, the Armenian communities in Iraq have been experiencing inner migration as is the case with other Christian denominations and minorities. This caused a number of Armenians to relocate into the Kurdish autonomous region of Iraq. Hence, the Diocese is faced with the obligation of building new churches.

The church in Havresk is being built through a generous donation by the Association of Churches in Germany and Switzerland with the able coordination of CAPNI Foundation.

Due to the limited funding it was not able to build the church in complete Armenian architectural style. The church will be completed in 2012.

Photos show the new church in Havresk under construction and Sunday School children in the same village.