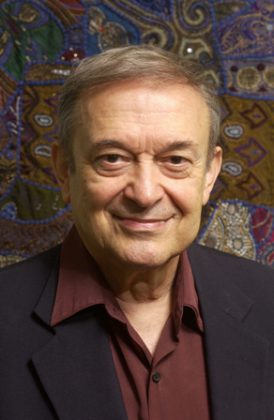 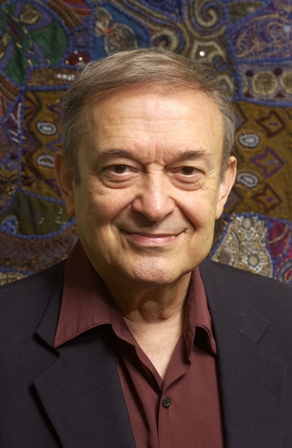 Loris Ohannes Chobanian has had a lifelong preoccupation with the subject of Genocide, because of his personal and family history. During World War I, his mother who was six years old and his grandmother were victims of the Armenian Genocide. They had to walk seven months through the Syrian Desert to Mesopotamia and were the only survivors from a very large and prosperous family from the city of Erzerum. On the way to Mesopotamia, the Turkish soldiers constantly tormented his mother and grandmother.
?
“I remember as a child on Saturday afternoons in Baghdad, my grandmother and mother received visitors – other Armenian women survivors, who exchanged stories about the 1915 Genocide. These massacre stories told by old women had the strongest impact on me as a young child. I heard unbelievable details of cruelty and brutality committed on the helpless women and children who were being driven out of their homes into the desert”, composer Chobanian says.
?
“My grandfather, along with all the other Armenian men of the city of Erzerum, was taken to Kamakh and was executed. In January 2007 Armenian journalist Hrant Dink was assassinated in Istanbul, Turkey. In recent years some Turkish intellectuals have criticized the Turkish government's denial of the Armenian Genocide. Turkish scholars such as Orhan Pamuk, Elif Shafak and Taner Akcem are risking their lives by speaking out. It is ironic however that the president of a Middle Eastern country denies the Jewish Holocaust and the leader of the free world refuses to recognize the Armenian Genocide. It is no wonder that nowadays we hear of Auschwitz, Kosovo, Burundi, Cambodia, Tibet and Darfur; it is happening again and again and, it will continue to happen again and again because responsible and powerful governments do not condemn all universal injustice. They simply pick and chose which massacre they should denounce. We should give tribute to two Unites States presidents: Ronald Reagan and Jimmy Carter who have had the integrity, the decency and the courage to recognize the Armenian Genocide with a sense of fairness in spite of any possible political repercussions,” Chobanian adds.
?
The subject of the Genocide has been revisited in Chobanian's most recent composition REQUIEM ? APRIL 24, for SATB Voices, Organ and Timpani. The text is in Armenian ? Tad'h Hayoon, from a collection of poems by Haigouhi Seropian, a long time friend of the composer. The proceeds of the collection are to benefit the Armenian Relief Society – Orphan Fund.
?
The Baldwin-Wallace College Singers under the direction of Mel Unger will present the world premiere of REQUIEM – APRIL 24, during the fall of 2007. They will learn the text phonetically. REQUIEM ? APRIL 24 has strongly contrasting instrumental and choral passages. In the introduction there is a tribute to the celibate priest, composer Komitas Vartabed. Chobanian has set the vocal parts in the Armenian choral tradition.
?
Plans are underway to make the World premiere a special occasion inviting all those who want to make a statement against Genocide.
?
You can find the phonetically defined Armenian text and its translation here.

Biography of Loris Ohannes Chobanian
?
Professor of Composition and Guitar, as well as Composer-in-Residence at Baldwin-Wallace College Conservatory, Loris Ohannes Chobanian was born to Armenian parents in the Middle East. He was introduced to serious music at an early age. His father Ohannes Chobanian, an oil engineer and an amateur musician, was a versatile performer on the piano, the flute and the violin. Chobanian performed the classical guitar regularly on Baghdad TV in the 1950s. He came to the US in 1960 and performed on TV in Louisiana and in Michigan.?
?
Professor Chobanian is equally at home with complex contemporary textures and colorful orchestration. He was instrumental in establishing the Baldwin-Wallace Conservatory Guitar and Composition programs as well as the Focus Contemporary Music Festival.
?
He was the recipient of the 1981 Cleveland Arts Prize. An expert conductor, he often conducts his own compositions as guest composer with university, high school and professional orchestras.? Chobanian?s compositions written for orchestra, symphonic wind ensemble, ballet, chamber music, choral and solo works are published by more than twelve publishers and many of his compositions are recorded on the following labels: New World, Dorian, Albany, GSP, Musicaphon, Blaze of Glory and BIS.

Recent news related to Chobanian
?
On Sunday, January 28, 2007 the Baldwin-Wallace (BW) Conservatory Faculty presented an all Chobanian Solo and Chamber Music concert at the Gamble Auditorium of the Conservatory. The program ended with the composer conducting the World Premiere of Rhapsody for Alto Saxophone and Strings with Greg Banaszak, saxophone and the BW String Faculty Quintet. The audience gave the composer and the performers a prolonged standing ovation. On March 8, 2007, the University of Minnesota will present “Chobaniana”, a concert of Chobanian compositions. Next day, on March 9, 2007 in adjacent St. Paul, MN; the University of St. Thomas will present the World Premiere of Chobanian?s Armenian Rhapsody for Guitar and Symphonic Wind Ensemble. In the summer of 2007 Armenian Rhapsody will be performed on tour in China.
?
Note: Loris Chobanian is Baldwin-Wallace College Conservatory Composer-in-Residence.