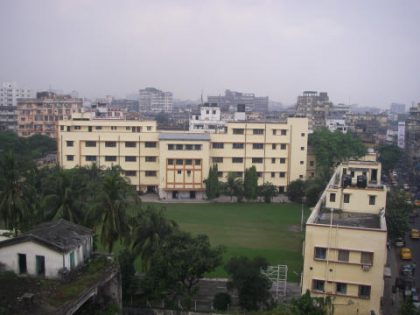 The is a school that is in good shape considering what it has been through. A lot of political battles and power struggles have been waged over the passed years. Conclusively, there has been one collective loser of these battles . And those are the students of the school.

It is rather impossible to argue against the fact that the most important thing in all AC () matters is the students. The young Armenian students that one day will eventually leave to settle in , Europe, or .

The is and will remain being a place where Armenian parents or Armenian communities send their children due to family crisis or instability and insecurity in countries were Armenians live.

Very few parents have the heart to send away their children thousands of kilometers away were it not for the security and the future of their children.

The must become a better educational alternative than the one the children can get back home. It must be place were children learn about their history, about their homeland about the struggle and last but not least how to meet the world one day and succeed.

It must be an institution from which students part with pride. It must be an institution that is looked upon by others with respect. This is not about saving a building with historical value nor is it a case of preserving century?s old history. It?s all about the Armenian children, the education provided and the success of these Armenian children.

In this respect, the Chairman of the Armenian community, Mr. Haik Sookias, and the administrator of the school, Father Oshagan, have commenced on a journey of fulfilling that goal. Both these gentlemen and their staff are deeply engaged in turning things around. They have visions and aspirations and nothing better can be done other than supporting these gentlemen in getting there.

My conversations with Mr. Haik Sookias assured me of the fact the matters of the community are in the hands of an able man. I knew Haik from the ?old days? and he had our respect then and his words proved that he still deserved our full respect. I wish him all the success in transforming and securing the Armenian heritage in so that it will become available for all interested Armenians in the world.

The matters of the Armenian community in and the Armenian college will be and can only be handled by the people living there, their chosen representatives and by the people who are there by appointment. I believe that these leaders need to get our full support to ensure that their energy and efforts are used for the benefit of the Armenians in , irrespective of their origin. The attention that we pay to the work of the community and school leaders, the moral support that we can provide to these institutions and its appointed leaders will be the guarantors of a progressive development.

A few personal views on ?

is a city that has not developed as much as other major cities of . From the looks if it the city will not progress in the coming decades. Besides new shopping malls, the new highways (which by the way are in terrible condition), the subway (that was also in a terrible condition), the new city, I did not feel the winds of change in the city. I can only compare the development that I have seen in some major Indian and Chinese cities.

In that sense it?s a pity that The Armenian College is in . Maybe one day a visionary Armenian will realize the advantages of moving the college to a city were there is more aggressive atmosphere of development. To a city were all the major western institutions and corporations have established centers. Simply because the future of remains bleak for the coming decades. The ever rising population, the lack of infrastructure, the mentality of the local people, the geographical position and the influx of people from does not make things better. History will tell the rest…

Excerpts from the Diary kept by Jan Zakarian (ACOB 1975-1984) during his visit to the in October 2006. The rest of the diary is temporarily hosted at: www.zakarian.se

You can reach Jan Zakarian at: [email protected]

1- : picture taken from the Kanani building

2- Before stepping in the bus to church