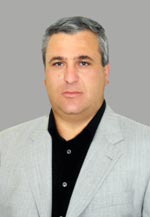 AZAD-HYE (25 January 2005): Armenian Deputy Hakob Hakobian and his son, who were detained by Dubai Police Directorate since 16th January 2005, were set free yesterday on the condition that they both should surrender their passports and remain in the UAE until the completion of the preliminary investigations, following charges of stealing two pieces of expensive garments (worth 8 thousand dollars) from a known boutique in “Wafi Mall” in Dubai. They were arrested in the hotel where they were staying, only hours after their shopping excursion to the said Mall. The Management of the Mall insists that they paid only 16 thousand dollars for a merchandize worth 24 thousand. It should be mentioned that most products in the “Wafi Mall” are not equipped with alarm tags, instead surveillance is carried out with fixing cameras.

A third individual called Hrand Davdian, who was arrested for the same reasons and who was shopping with them, is still under the Police custody. Up to this moment, the Egyptian lawyer who is handling the case could not manage to ensure his release on bail. All three are expecting the decision of the Public Prosecutor, who could press charges against them based on the outcome of the preliminary investigations. If the file goes to the Court, Deputy Hakobian, his son and their friend may be obliged to follow the hearings for a period of 3-5 months, at the end of which, if the incident of the theft is confirmed, they could face imprisonment verdicts for 3-5 years. Since Deputy Hakobian was on personal visit to the UAE, he does not enjoy any parliamentarian immunity and his trial will take the normal course.

His wife, who was accompanying him in this shopping trip was allowed to leave the UAE just one day after the episode. She returned back to and informed the Press that the whole story about here husband is a misunderstanding and that Dubai Police actually were looking for another Hakobian, who was enlisted on the list of the wanted people by “Interpol”. She also mentioned that the confusion about the credit card payment has occurred with their friend Hrand Davdian and not her husband.

After his conditional release yesterday Deputy Hakobian assured by telephone to “Aravot” daily in that he is a victim of misunderstanding and that he will explain everything to the public once he is back to .

During the past few days his colleagues in the Parliament did not comment on the news about his arrest. Some of them underlined the fact that the available news are not from reliable sources. No official statement came out from the President of the National Assembly Arthur Baghdassarian. On the other side, the Spokesman of the Ministry of Foreign Affairs Hamlet Gasparyan assured that the Ministry is in constant contact with the Ambassador of Armenia in Abu Dhabi Arshak Poladian and Consul Nana Ghazarian. Both officials who reside in have visited Deputy Hakobian at the Police Headquarters on Thursday 20th January 2005 and inquired from the Public Persecutor about the judicial procedures related to his case. In a telephone conversation with “Azg” daily on 24th January 2005, Ambassador Poladian referred that at last the misunderstanding about Deputy Hakobyan being on the list of Interpol has been resolved but the accusation for stealing are still standing and might lead to a lengthy judicial process.

“Azg” comments on 25th January 2005: “Nevertheless, the details of this incident, which have been circulated in the Press are causing embarrassment to the Government. Despite that an individual should be considered innocent until he/she is proved guilty, it is still humiliating what occurred to Deputy Hakobian”.

Deputy Hakobian is a known businessman in and has started some business activities in the UAE, which now could be jeopardized by the outcome of his eventual trial. In he is mostly known by his street-nickname “Choit”. He is born in 1963, member of the National Assembly (Parliament), representing the city of since 1999 (reelected 2003), member of the Committee on State and Legal Affairs in the Parliament. During the last Presidential elections of February 2003 he and his supporters were accused by opposition leaders in creating artificial confusions in different electoral districts of Echmiadzin and dropping mass ballot papers into the voting boxes.