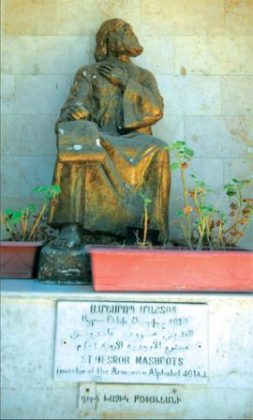 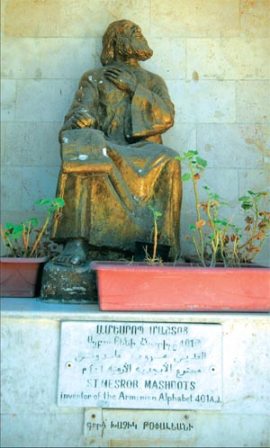 ?Are you an Armenian?? That is the first comment one might hear if he or she makes a linguistic mistake between feminine and masculine in Arabic. Many Armenians after all are still ?rough? when it comes to speaking the Arabic language fluently, although they have lived among Arabs for decades. It is light sarcasm, not meant to offend the Armenians, but only add humor to their figures of speech, while emphasizing how strongly they have blended-in with Syrian society. We hear about ?Armenian isolation? and their preference to live in closed Armenian communities. That does not mean, however, that they have not melted-in with Syrian society. It just shows that they are ?different Syrians? with particular characteristics – but they are Syrians after all. And, they are very proud of being different.

The Armenians started coming to Syria in large numbers fleeing Ottoman persecution during World War I in 1915-1917. There was another influx of Armenians during the years 1925-1945. Under the Ottoman Empire, they had a common destiny with their Arab counterparts; both were struggling – each in a different way – for freedom. Damascus and Aleppo greeted the Armenians with open arms; they were fleeing from a common enemy, the Ottoman Turks. Upon arriving in Syria, the Armenians immediately began participating in public life. They decided – early on – to become part of this country. They insisted on being full-ledged citizens without discarding, however, their commitment to the Armenian homeland. If you ever had the chance to talk to an old Armenian man, you would see a sparkle in his eyes and an ever present smile on his face; thankfulness that despite horrendous hardships since childhood, he has survived. You will hear him recount – with scorn and agony – stories of terrible suffering endured by his family during the Great War. Then, he will automatically switch to the ?success story? that he has had in Syria. He would remind his audience that doing that was not easy; he struggled to succeed. He worked hard to prove himself and win the respect of others in the Syrian community. At the end of a long journey, he succeeded and survived. Naturally so did his people in Syria. This story is a reoccurring one – a common theme – among Syrian Armenians. They currently number 200,000 and most of them reside in Aleppo and other districts in northern Syria. Although the community is relatively small in Damascus, Armenians were able to brilliantly prove themselves in the business domain. According to church statistics, there are approximately 10,000 Armenian Orthodox in Damascus, and 4,000 Armenian Catholics. Many of them own jewelry shops throughout the Syrian capital. The younger generation, however, is charting a new course. Many young Armenians are studying abroad and returning to Syria to work in their new respective domains; graphic design, IT, marketing, engineering, etc. The majority, however, prefer to start work in a guaranteed family business, just like other Syrians of their generation.

In the beginning, Armenians lived within the high walls of Old Damascus, mainly in Bab Sharki and Bab Touma, two Christian quarters of town. Indeed, there is an entire neighborhood in Old Damascus named after the Armenian community. Economic conditions, however, and the modernity drive led the Armenians to move into new Damascus; just like other Damascenes. What differentiates them is the organizational structure of their community. Rarely will one find an Armenian who is not committed to his community, except those who came to Syria decades ago and were adopted by Arab families. The Armenians are specialists in choosing the most accurate of jobs, which require the highest degree of patience, proficiency, and manual efforts. Due to industrial development, these professions are becoming increasingly rare. Modernity, however, was unable to crush – or even sideline – Armenian professionalism and good reputation.
?

Ask an average Syrian to rate Armenian work and he/she will often describe it as ?perfect? or ?clean.? Or they would say that one can feel assured when working with Armenians. They are honest, law-abiding people who are loyal to their jobs and reputation. Armenians in Damascus work mostly in trade, small industries, and crafts. Very few are found in the government sector. In Aleppo, the Armenian business community worked in trade for generations and became very powerful in this domain. That is starting to apply to Armenians in Damascus as well. They are becoming part of the economic drive in the capital. Armenians in Damascus own 70 factories that specialize mainly in textile and construction material. They are also making a name for them-selves in medicine, law, and art. The finest example is Lena Chamamyan, the young diva with a heavenly voice, who is an Armenian from Damascus. Armenian industrial participation, with its high proficiency, has had a positive impact on the Syrian economy as a whole, which vibrated positively throughout the country.

If you walk through Damascus, you might easily notice signposts with a special last name, ending with the famous ?-ian? that differentiates Armenian families from other Syrians. FW spoke with Sarkis Kerazian, a brilliant craftsman in silver and gold, who produces jewelry that is permanently elegant and nothing less than perfect. He said: ?When our grandfathers came here to Damascus, they worked hard to become part of the business world and to gain the trust of people. They left us with the responsibility of maintaining the reputation that they had started.? He added, ?Ever since we came here, the Syrians made us feel that this was our home.?

These days, it is no longer factually correct to talk about Armenians as if they were guests of Syria. They have become an essential, inseparable part of Syrian society. The gave the Syrians great les-sons about life. They were born out of suffering yet they moved forward with dignity; never forgetting their commitment to their Armenian homeland. They helped build this nation, hand-in-hand with fellow Syrians, in every sector of life. They helped protect and develop Syria as a land of life and peace.