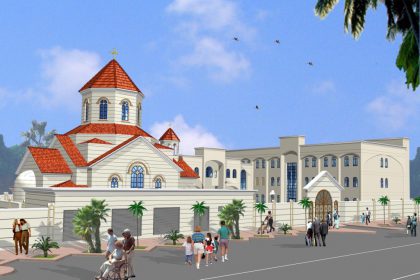 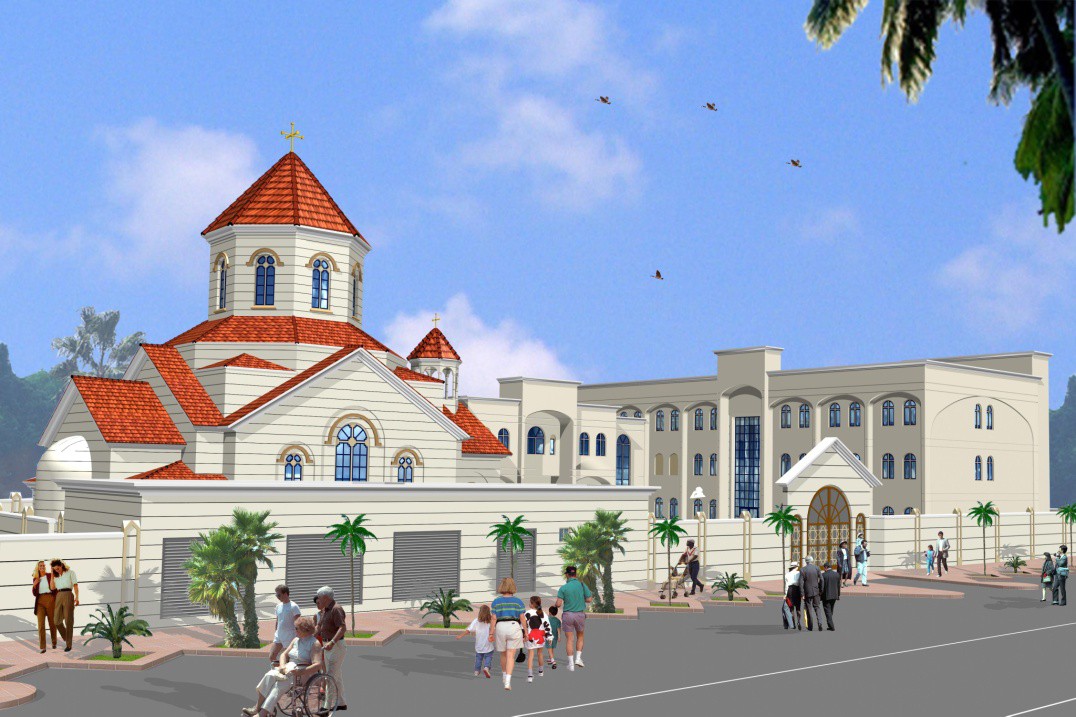 2011 was an important year for Abu Dhabi Armenians as the Church Construction committee made clear it plans about building an Armenian church in the foreseeable future.

The appointment of the Church Construction Committee was one of the last important acts carried on by His Grace Archbishop Goriun Babian, the previous Catholicosal Vicar of Kuwait and Arabian Gulf countries (Cilicia Catholicosate), before his retirement in Antelias, Lebanon.

The committee which was announced on 22 May 2010 is made of two individuals from Abu Dhabi and two from Sharjah, who have been in the past involved in the construction of the Armenian Church in Sharjah (1998) and the Embassy of Armenia in Abu Dhabi (2007).

The plot of future church was granted in 2006 by the Crown Prince of Abu Dhabi, His Highness Sheikh Mohammed Bin Zayed Al Nahyan and it covers an area of 2,475 square meters in the district of Mussafah, which is an emerging satellite town of Abu Dhabi, not far from the international airport. An industrial area in the past, Mussafah, is fast growing into a residential area with apartments and villas.

The work for securing a land for the Armenian Church in Abu Dhabi, where some 500 Armenians live, goes back to 1995 when Catholicos Karekin II of Cilicia visited UAE and met with the late President of UAE, His Highness Sheikh Zayed Bin Sultan Al Nahyan (1918-2004).

Three years later, in 1998, when Catholicos Aram I attended the consecration ceremony of the Saint Gregory Armenian Church of Sharjah, he visited Sheikh Zayed and was granted a gift of US$ 100,000, which is considered as the first donation for the construction of the future church in Abu Dhabi.

The Construction Committee represents a balance between businessmen and community leaders and is fully empowered to decide on all matters and aspects related to the construction of the church. Catholicos Aram I blessed the formation of the committee with a congratulatory message issued on 7th June 2010.

Armenian Churches are usually built on 16 pillars representing the 12 Apostles and the 4 Evangelists. The Committee decided to extend the opportunity to all the members of the Armenian Community in the Gulf region who may wish to bring financial support to build the Church by becoming a Godfather of any of the pillars with a fixed rate of AED 200,000 (equals US$ 55,000).

In a letter circulated on 20 October 2011, the Construction Committee underlines that “the dream of having our own community's Church and centre has now become a clear and close objective. It is the wish of the Committee that the realization of this project becomes the fruit of a global effort by all the members of the community in repetition of the successful model of the Armenian Church in Sharjah”.

Photo: An initial design of the Church, showing the building and adjacent Armenian Center in the Mussafah district in Abu Dhabi.