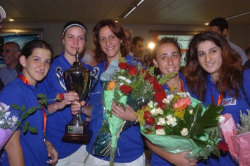 The team returned to Lebanon on 22 June 2007 and was welcomed in the airport by the Lebanese Sports Minister and representatives of the Lebanese Basketball Federation and AGBU leaders.

Earlier this month, on 5th June 2007 Antranik won the Lebanese Basketball Championship for the 5th consecutive year after a decisive match against Al Riyadi Beirut team. The game took place at AGBU's Demirdjian Center in Nakkash suburb (north of Beirut) and ended 77-63 in favor of Antranik. This was the 8th Lebanese championship title in Antranik's history in the last 10 years.

It is worth mentioning that Antranik won the game in the last 24 seconds after a 3 points score by player Ema Eskedian. Another strange incident was the defeat of Antranik in the first Championhsip game, before regaining control on the course of the subsequent matches.

In 2006 UAE Armenians remember Antranik team in Dubai when it won the title of Arab Champion League after defeating the Syrian team “Al Wahda”.


1- Upper-left: Antranik players upon their arrival in the airport carrying the championship cup. 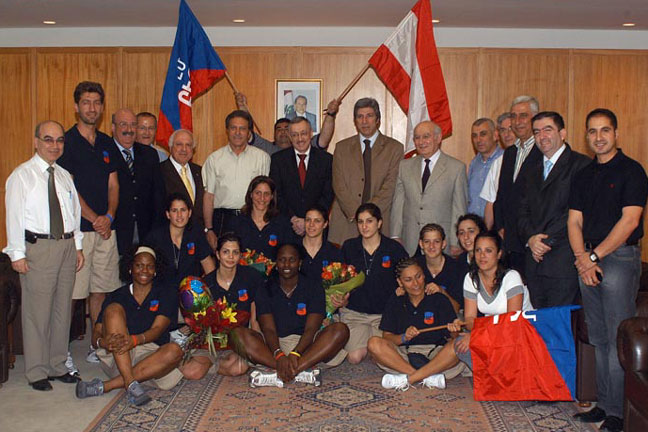