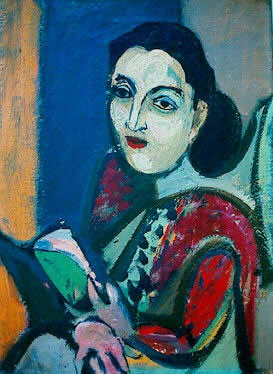 Compiled by Sylvia Bourdjian-Matta
?
An exhibition of paintings by famous American Armenian artist Arshile Gorky has opened on 5th April 2007 in George Pompidou Center in Paris. The exhibition is organized in cooperation with the Lisbon-based Calouste Gulbenkian Foundation and displays the painters works which he created in the 1940s.
?
The exhibition is part of an extensive range of events, known as “The Year of Armenia” in France. The opening ceremony was attended by Bruno Racine, Chairman of the George Pompidou Art and Culture National Center, Emilio Rui Vilar, Administrative Council Chairman of the Calouste Gulbenkian Foundation (from Lisbon), Eduard Nalbandian Ambassador of Armenia and Alain Mkrtchian (Alain Mikri), an acclaimed glass designer.? Gorky's relatives also participated in the ceremony.
?
One of the most famous contemporary artists, the founder of the Abstract Surrealism, Gorky was described by Andre Breton as the most important painter in American history. More than 40 canvases and drawings of the painter which were brought from the U.S., Portugal, England as well as from the Pompidou Center and separate individuals' collections are presented.
?
Arshile Gorky (1895-1948) was born as Vostanik Adoyan in eastern Turkey. Raised in a poor Armenian family, Gorky's childhood was shaped by the genocide of 1915, that affected the entire Armenian population, and which claimed the life of his mother.
?
Arshile Gorky was the name the aspiring artist assumed after coming to the U.S. in 1920. He adopted it from his admiration of the Russian writer Maxim Gorky. Once settled with relatives in New England he enrolled in art classes.
?
Not long after, one of his instructors arranged for Gorky to move to New York to work as an art instructor. In the 1930s he achieved his first public success – producing a large abstract mural painting for Newark Airport.
?
In his artistic endeavors, Cezanne and Picasso became his praised models. Other influences came from the surrealist painters and poets who came to New York as exiles from the war in Europe.
?
Photo: Portrait of “Walinska” by Gorky