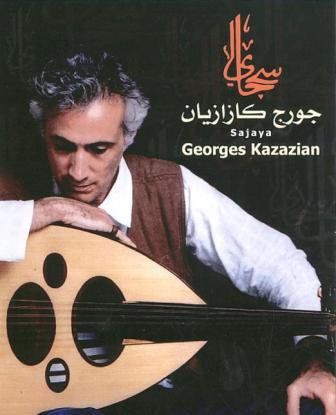 Born in Cairo to an Armenian family who forbade music as a professional career, Kazazian was left to discover music on his own.

Never receiving any formal musical education, Kazazian blindly felt his way into understanding music?s complexity without ever being taught the basic structures. He now reads music, albeit slowly.

Ironically, his musical education, or  lack thereof, is the single biggest contributor to his work. He may not have learned musical theory but as a result he is the ultimate self-styled artist; not tied down by any particular genre, totally free to invent and re-invent, untouched by establishment snobbery.

It is clear when you see him play that Kazazian literally intuits music, and in the process, he turns every mainstream musical convention on its head. Improvisation is so much the norm that even the slightest whiff of pre-arranged synchronization between the musicians sounds out of place and over-cooked. His sets can last for hours without a single musical rest, as he and his band wind their way through great movements rather than playing individual songs per se.

Kazazian ? who composed the music for Mohamed Khan?s 1988 classic ?Zawget Ragol Mohem? (A Wife of an Important Man) among several other feature films and documentaries ?  is operating on a totally different level to most musicians. Inhabiting a world of the abstract and the abnormal, his music is an ethereal and sensitive exploration of different moods of music rather than different sounds.

But is he living in a world of his own? Has he deviated so far from the established path that his music is simply incomprehensible to the majority? I would be inclined to say yes, judging by the large number of people leaving the River Hall of El-Sawy Culture Center last Sunday night, and yet I felt as though I was witnessing the creation of something new and extraordinary.

As someone who craves order and structure, especially in music, Kazazian?s music is almost the antithesis to classical configurations, but he still can?t be written off as a pretentious renegade ? not in the least because of the extraordinary company he keeps, including Ravi Shankar, whose influence on European music cannot be underestimated.

Kazazian?s music requires hightened attentiveness on the part of the listener. If you are not concentrating then the meaning is lost, and if you are indeed concentrating, then you are running the risk of getting lost in Kazazian?s enigmatic style.

There were moments of what I consider to be pure harmony, when Kazazian and his two other band-mates were together somewhere inside the music where they had never been before, but for the most part of the concert, it seemed as though the musicians were playing at each other rather than with each other.

Kazazian was particularly guilty of this, his oud often sounding as though it was being played over the top of the bass and drums with little interaction with their rhythm or cadence.

My question though is does Kazazian?s music carry a traditionally aesthetic value as well as an edgy experimental one? Again, based on his last performance, I don?t believe so.

There is no doubt that experimentation leads to progress, but is experimentation itself beautiful? Not necessarily. Pioneering experimental art should be accessible enough for an audience to be able to notice the departures from the norm when they occur; otherwise it comes across as impenetrable and aloof.

We are indebted to the inroads that Kazazian makes in blending styles and breaking conventions so that the next generation can form their own sound, but I?m just not sure we need to be there to watch it.

Copy of the paper edition provided by Said Henri Fathi  (click to get a larger view): 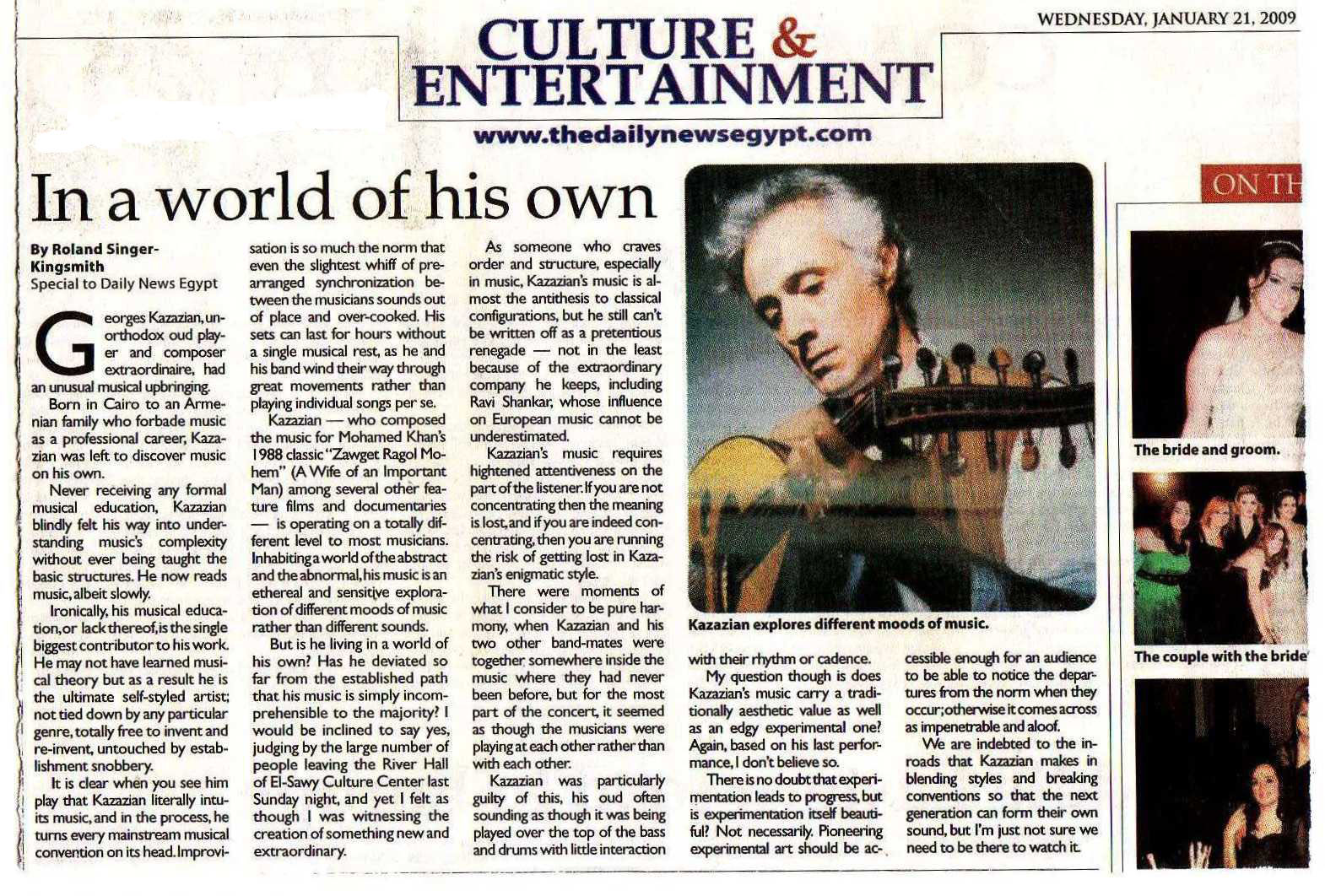