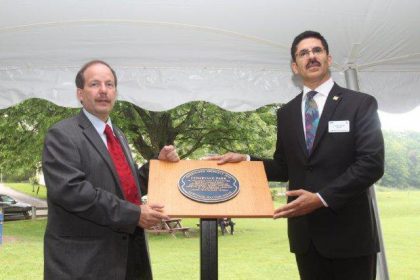 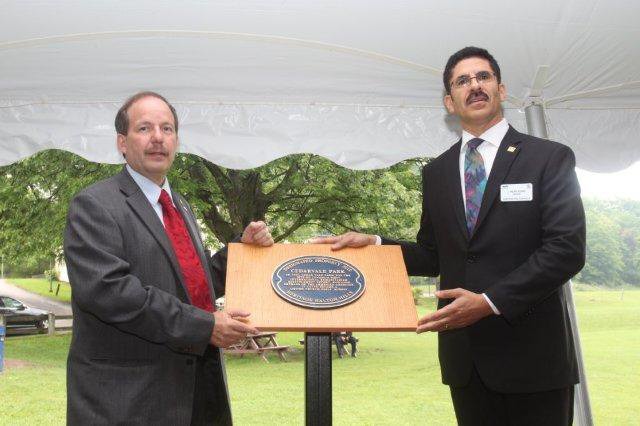 Halton Hills, Ontario – On June 26, 2010, more than 700 members of the Canadian Armenian community gathered at Cedarvale Park, Georgetown, to witness the official unveiling of the plaque, designating the Georgetown Boys Farmhouse as a historic and protected municipal site. In the presence of His Holiness Aram I, Catholicos, Minister Gary Goodyear, Ted Arnott Member of Provincial Parliament (MPP), several dignitaries as well as a number of the Georgetown children?s family members, the landmark was officially integrated within the Halton Hills historic landscape.

Between 1923 and 1927, a total number of 138 Armenian children, who were orphaned during the Ottoman Empires systematic genocide against the Armenians, were brought to Canada by the Armenian Relief Association and raised in what is currently known as the Cedarvale Community Centre.

?The Town of Halton Hills is proud to designate Cedarvale Park under Part IV of the Ontario Heritage Act,? said Rick Bonnette, Halton Hills Mayor. ?Town Council recognizes the important role of the Armenian Farm School, as it was then known, played in the 1920s with the arrival of 109 Armenian orphaned boys and two girls who called Georgetown their first Canadian home.?

For the past two years, the Armenian National Committee of Toronto (ANCT) has been working to have the Georgetown Armenian Boys Farmhouse, presently known as the Cedarvale Community Centre, designated as a protected historic and cultural site.

?The Georgetown farm serves as a constant reminder of the Armenian Genocide, and remind us of the lessons we need to learn from history in the hopes of preventing future cases of genocide,? said ANCT member and event Chair Raffi Sarkissian. ?The memory of the Georgetown Boys will be preserved through this designation, as the building will not only serve as a permanent memorial site commemorating the Armenian Genocide, but also honour the roots of Canada's humanitarian efforts.?

In 1923, Cedarvale Farm was the site of Canada?s first international humanitarian resettlement effort, rescuing orphans of the Armenian Genocide.