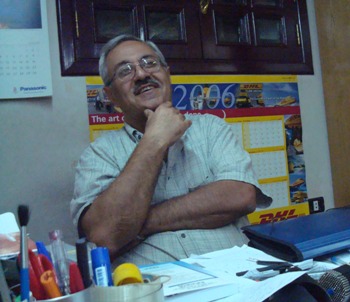 Ever since its establishment in 1980 in Aleppo, Cilicia publishing house has brought into Armenian households many old and new titles, some of which were literally saved from oblivion.

One of the recent additions to Cilicia's booklist has been the publication of famous Armenian writer Hovhannes Toumanian's children tales in Western Armenian.

“Unfortunately, we lack quality children?s literature. As for modern Armenian authors who write for children, they are almost non-existent,” says Matig Eblighatian, the owner of Cilicia publishing house and the moving force behind this and many other projects.

“In the Armenian reality, we have many publications for children, but they mostly belong to the category of world literature or are designed as teaching material. We seldom have works that tackle the children's psyche from Armenian perspective,” observes Eblighatian.    Based on this understanding, Eblighatian has had the idea of re-publishing Toumanian's fairy tales, but this time in Western Armenian, to make it accessible for Diaspora children. The classical Armenian dictation was also preserved.

In order to make a success out of this project he asked the help of his friend, poet Artin Jumbushian from Istanbul, known as Zareh Khrakhouni (Զարեհ Խրախունի), whose early Toumanian translations had appeared in a Varteres Karageozian publication in France in 1969. After adding a few more titles, a serial of six lovely fairy tales was offered to the readers, including known titles such as “A drop of honey”, “The talking fish”, “Nazar the brave”, etc. The tales were eventually combined into one complete book.

As for the beautiful illustrations that appear in the book, they are the work of young artist Hagop Dolmadjian.

“Hagop had previous experience in doing such drawings. After seeing several of his sample illustrations, I realized that he was the right person for this task. His drawings were not only beautiful, but also had a direct link to the characters that appear in the stories,” comments Eblighatian. 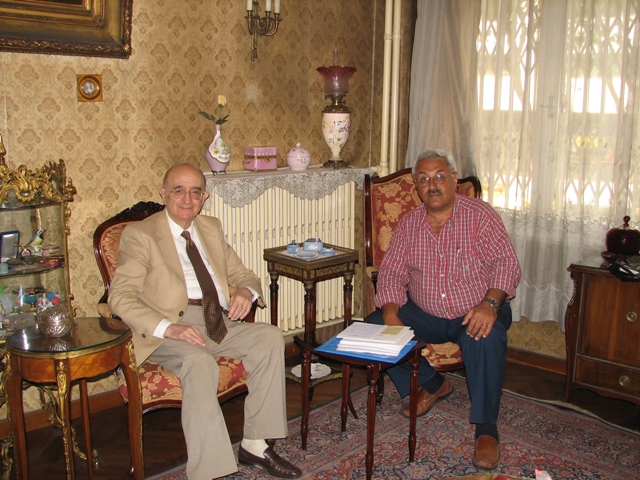 Toumanian was a rare publication in Diaspora for many years. In Yerevan, during Soviet times, it was traditional to publish Toumanian in big quantities, sometimes in 100 thousand copies. Due to the large readership in the homeland, only few copies were exported to the Diaspora, yet were enough to create a sense of fascination about them. Taking into consideration the publishing conditions of that time, they were excellent books.

Eblighatian underlines the need for such works. “Nowadays, children are subject to lot of influences through the internet, numerous TV channels and CDs or other games. These resources are very rich in content and shape, but they certainly lack the Armenian element. It is, therefore, our responsibility, to make the Armenian books handy and accessible to everyone, especially to the children, by encouraging them to get and read Armenian titles. Our children need to be attracted to our language, alphabet and literature. It is our duty to create this sense of appreciation inside them,” concludes Eblighatian.

Read also: Matig Eblighatian: The story of an Armenian publisher

The above article is sponsored by Mark and Shakeh Grogan (UAE) as part of Sponsor an Article project.