How to spend community money on a bubble event?

Is the newly appointed Bishop Shahe Panossian going to be another “tourist” Bishop?

The Armenian School of Kuwait in Al Surra area is the focal point of the Armenian community. Together with the Armenian Church in Salmiyah they represent the two pillars of the community life.

It is interesting to know about the humble beginnings of the School and the Church. According to the records (Hasg publication of the Catholicosate of Cilicia, January 1961, researched by Archbishop Goriun Babian) Very Reverend Father Krikor Pidejian of the Catholicosate of Cilicia visited the Armenian Community in December 1960 to attend New Year and Christmas celebrations. He found there a committee called “Community's Board of Trustees” which was already operating a small school and was hoping to get the necessary support from the Catholicosate to have a place of worship. Father Pidejian reports that there were 5.000 Armenians in Kuwait. His visit was few months before the country's independence from Britain (June 1961).

The devotion of the early Armenians in Kuwait is very inspiring. They managed to expand the school and move it to a new building in 1972. Year after year they added new facilities. Almost all the benefactors in Kuwait had their share in this school, which at times (in the late 1980s) had some 800 students. After the Iraqi invasion and the subsequent liberation of Kuwait the number of student shrank to less than 200, but in the recent years it has regained half of its past capacity with around 450 students.

In December 1961 the first priest of the community Father Barouyr Sarkissian was sent from Lebanon. In 1980s Very Reverend Father Oshagan Choloyan (now Archbishop) came to Kuwait and by 1994 he managed to organize Kuwait and Gulf States (UAE) as a separate Prelacy. He remained in the region until 1998, the year that witnessed the opening of the Armenian Church in Sharjah.

Archbishops Sebouh Sarkissian and Yeprem Tabakian who served the period 1998-2002 faced major problems with the Kuwaiti Armenians and they “escaped” when the first opportunity arose. They were nicknamed “tourist” Archbishops, as they were always visiting the Prelacy for limited time, attending special occasions and hardly staying in the premises. The Prelacy premises were not maintained properly, most probably to discourage the Archbishops from staying in Kuwait, a tactic that Archbishop Goriun Babian managed to change. He said from the first day “I came here to stay” and he acted accordingly. He completely renovated the Prelacy premises, including the church, the yard, the reception and meeting rooms, etc.

After 50 years since the humble beginnings of the Kuwaiti Armenian school, several people in the community (mainly brothers Hagop and Harout Bedirian and Dr. Jano Bebejian) decided to celebrate the 50th anniversary in an unprecedented manner. Using their authority in ARF party they decided that the community deserves once-in-a-lifetime 50th anniversary extravaganza event. They used available mechanisms to create the appropriate committees for this exceptional show-off opportunity.

They managed to galvanize 200 community members for two years around the noble cause of celebrating the 50th anniversary of the school through series of mammoth events that superseded the community capabilities. Besides the human resources, time, energy, etc, some considerable amount of money was wasted in a lavish style. About 160 thousand Kuwaiti dinars (US$ 580.000) were collected through several big sponsors and numerous hard working ordinary Kuwaiti Armenian. The money was spent on inviting artists from Armenia (such as Arman Hovhannisyan, Ruben Matevosyan, Arminka, Arshakyan Sisters, etc.). Part of the money was spent on ARF media (Voice of Van from Beirut and Yerkir Media from Yerevan). Big cash was spent also on a massive monument erected in the schoolyard, where the names of more than ten benefactors appeared in big fonts (each paid at least US$35.000), although some of them have never been involved in community life before.

On the opening day (17 May 2011) the official ceremony had speeches by more than 10 dignitaries including Catholicos of Cilicia Aram I, Minister of Diaspora Mrs. Hranush Hakobyan, ex-Minister of Labor and Social Security in Armenia Mr. Aghvan Vardanyan, etc. The name of mega benefactor Melik Meliksetyan and other small benefactors were mentioned more than 30 times. After one hour, the dignitaries withdrew from the opening ceremony and the 50th anniversary committee continued the celebration by granting more than 200 trophies to a group of randomly invited and nominated people. This was one of the funniest prize awarding ceremonies in the history of Diaspora Armenians. More prizes were awarded during the next two days, probably in an effort to rectify the mistakes. Nevertheless, many important people were left without proper recognition. The same trophy was given to someone who served as a teacher for 20 years and to a journalist who has been invited in an all-paid media trip.

None of the four Archbishops who served the community were invited. Several earlier school principals were not invited nor were their names mentioned. Tears were seen in the eyes of many educators and workers who were present in the ceremony but their work was ignored. Members of the community were heard sympathizing with them.

The controversy is that while the community “leaders” wasted US$580.000 in three days of mega celebrations they forgot that they are facing the danger of losing once and for all the plot of the Armenian Church in Kuwait. The outgoing Archbishop Goriun Babian had managed to collect US$360.000 as part of the estimated US$2.1m plot price. The irony is that Archbishop Babian gathered the money from the Armenians in UAE, while the Kuwait Armenians chose to spend their own money on publicity stunts. “It is like having a picnic in your backyard, while your house is on fire”, said someone who knows things from inside. “By this act the Kuwaiti Armenians proved that they are the most short-sighted community in the Armenian Diaspora”, he added.

As if this scandal was not enough, recently obtained information show that, the same “leaders” managed to squeeze out from ordinary community members and operating committees another US$60.000 for the purpose of donating a luxury car to the newly established Embassy of Armenia. The irony is that after allocating the money it was discovered that the Kuwaiti government has already donated three cars to the Embassy.

We believe that the newly appointed Catholicosal Vicar to Kuwait and Gulf Countries Bishop Shahe Panossian will have a rough time with Kuwaiti Armenians, unless if he chooses to stay as a “tourist” Bishop. 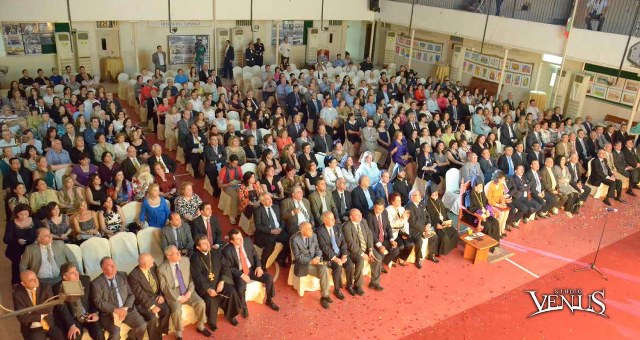