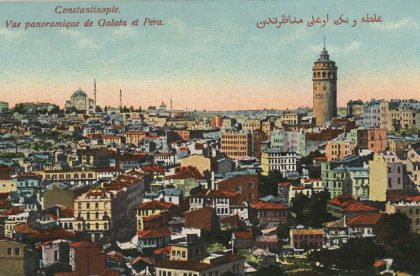 The exhibition, “My dear brother – Armenians in Turkey 100 years ago” opens on 26 May 2007 in Valence, in France. The exhibition can be visited at the Centre du Patrimoine Armenien until 16 September 2007.

More than 500 postcards, selected among the 4000 postcards from the collection of Orlando Carlo Calumeno and majorly issued between 1900 – 1914, will be shown at the exhibition which is prepared by Birzamanlar Publishing.

“My Dear Brother” is based on social, industrial, cultural and private lifes of Armenians lived in Turkey, in the beginning of the 20th century; and it founds a bridge between the two cultures pressured between the past and the present.

Opening in January 2005, in Istanbul for the first time, it was shown a great interest and visited by more than 7000 people during 10 days.

The international version of the exhibition, was displayed in Munich, Koln, Frankfurt in Germany, in 2005 – 2006. In France, there will be French text in addition to Turkish and Armenian ones. Researh and text is carried out by Osman Koker; Armenian translation, reduction , composition and copy reading is carried out by Pakrat Estukyan, Rober Haddeciyan, Takuhi Tovmasyan Zaman and Melissa Bilal; French translation is done by Haldun Bayri.