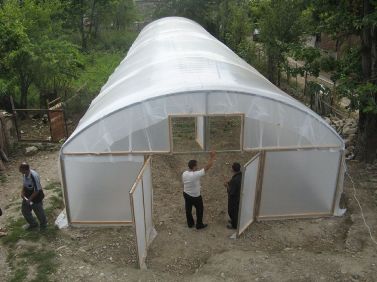 In an effort to generate income opportunities for enterpreneurs, young adults and women, the Gegharkunik Chamber of Commerce and Industry (GCCI), introduced in 2004 a program called “Successful Start“. The program helped in investing in rural communities and achieving economic development.

Recently, Sebouh Baghdoyan, Managing Director of Vienna Consortium for Development Initiatives joined efforts with the program in order to increase its effectiveness, reachability and instrumentality through a fund collection campaign, which will focus the financing of a list of planned business project proposals.

We had an interview with Varaztad Karapetyan, President of the Gegharkunik Chamber of Commerce and Industry and formal Rural Development Advisor of the Prime Minister of Armenia.

When did the initiative start and what has it achieved thus far?

Gegharkunik Chamber of Commerce and Industry started the initiative in 2004, through establishing the “Successful Start” Fund with a starting capital of US$ 12,000. The project was fulfilled in different provinces of Armenia and in Artsakh.

The amount was provided by the German Association for International Cooperation (GIZ), which boosted its assistance by a further contribution of US$ 12,000 in 2010.

Since 2004, around 80 business projects have been financed by the “Successful Start” Fund, two third of them are paid-off completely.

What is the philosophy or idea behind the initiative?

Businesses in the rural communities have difficulty in accessing funds. Banks offer loans with high interest and with long procedures. We improve business comptency through a methodology called CEFE (Competency based economy through the formation of enterprises). We help establish new businesses or make the existing ones competitive by providing funds with no interest rates or collateral.

How does the initiative differ from other projects already in progress in Armenia?

Our project provides the entrepreneurs with educational trainings, improve their enterpreneurial skills and competency and funds the businesses with interest free loans.

What are the measures taken in order to dedicate the collected funds to the designated and declared projects? 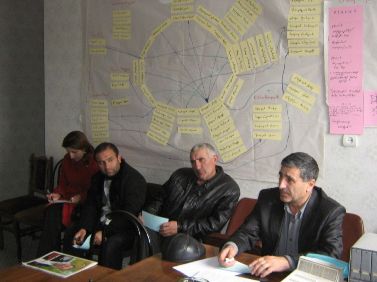 What is the mechanism for including a community or individual eligible to receive money from the fund?

In order to increase the effectiveness, the reachability and the instrumentality of the “Successful Start”, the Vienna Consortium for Development Initiatives (VCDI) ? a non-profit Non-Governmental Organization (NGO) that has been founded in 2008 – is joining efforts with the Gegharkunik Chamber of Commerce and Industry (GCCI) and launching a fund collection campaign, which will mainly focus the financing of a list of planned business project proposals.

Gegharkunik (Armenian: Գեղարքունիք) is a province (marz) of in the east of Armenia, bordering Azerbaijan. At 5,348 km?, Gegharkunik is the largest province in Armenia by area. However, approximately 1,278 km? of its territory is covered by Lake Sevan, the largest lake in the Caucasus and a major tourist attraction of the region. It has a exclave inside Azerbaijan, Artsvashen, which came under Azerbaijani control during the Nagorno-Karabakh War. Its capital is Gavar.

Newer PostNora Sanamyan: Armenian natural tuff stone is gaining popularity in the Gulf region
Older PostNew book by Professor Hovhannes Pilikian: 'A study of the origins of the HAI, the First People'