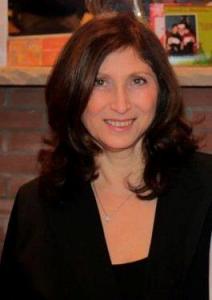 “Filmmaker Suzanne Khardalian makes a journey into her own family to investigate the terrible truth behind her late grandma's odd tattoos. Her grandma was always a bit strange, never liking physical contact and covered with unusual marks. Everybody in the family seemed to know the story, but no-one ever spoke about it. So when grandma's mystery is slowly unveiled, family taboos are broken down and Suzanne exposes the bigger story – the fate of the Armenian women driven out of Ottoman Turkey during the First World War. The painful journey behind Suzanne's grandma's tattoos unfolds through Armenia, Lebanon, Sweden and Syria, finally bringing out the truth,” said Al Jazeera TV's introduction.

The webpage attracted many comments. Leila Fakhoury said “The Arabs should also remember their own history, since some Arabs recently seemed to forget. When the Turks hung Abdel Karim al Khalil, An Arab Muslim, he shouted down from the scaffold: My dear fellow countrymen, the Turks want to suffocate our voices in our lungs, but we will ask all the civilised nations of the world for our independence and freedom.”

Independent filmmaker and journalist, born 1956. She studied journalism in and and worked as a journalist in until 1988 when she started to work with films.

Back to Ararat (The Armenian Genocide 1988)

From Opium to Chrysanthemums (2000)

Review of two films by Suzanne Khardalian and Rea Holmquist

An article by Suzanne Kharadlian about the immigration problem in Armenia